I have now completed all of the bookings for my bike expedition in January 2006. This will be something special.

I shall fly to Cape Town and hire one of these from Karoo Biking: 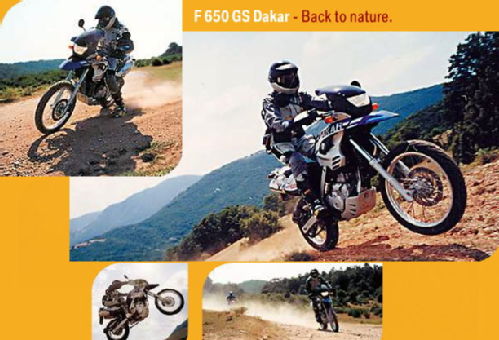 …that is a BMW F650GS Dakar, a smaller and lighter Gelandestrasse than my R100GS Dakar, but just as capable an off-road tourer (it has won the Paris-Dakar rally twice). Tank range might be a problem, I guess that it will do about 300km's between fills, so I may need to carry a small plastic can. I've got some lightweight camping gear, which I will carry in a Gelert dry bag bungeed to the seat and rack.

And then i'll head north through the Karoo, the arid plateau in the centre of South Africa. I have travelled a similar route before. From the cold Atlantic coast, the amazing long climb over the Swartberg. Flamingoes in the salt pans between Calvinia and Kenhardt. Northwards into the absolute desert of the south-west Kalahari… 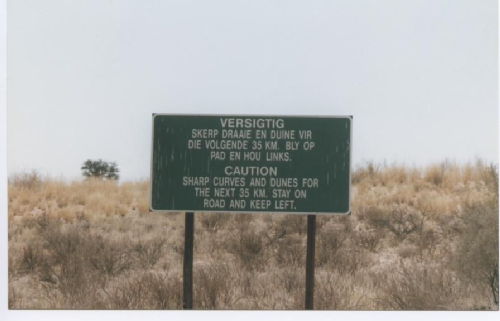 It's been far too long since I was last in a desert (a trip to the Moroccan Sahara being the last). I miss it so much. I'm planning to head up to Pofadder, and then take some of the dirt roads to the west. Looking at the 1:25,000 South African government geographical map that I have, I can see some fascinating terrain – including dunes. And looking at the satellite images on Google Earth, I can even see some of these features in 3-d: 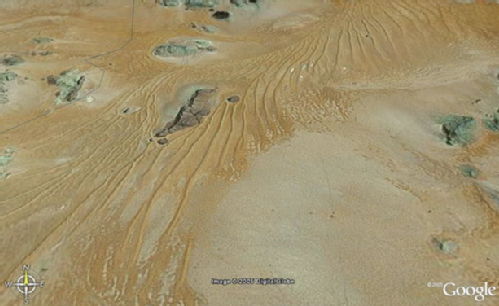 The small communities between Pofadder and the Richtersveld (an empty rocky desert area on the border with Namibia) are initiating "community tourism" projects, with camp sites and small nature reserves. If possible I will investigate these. I will then head west to the coast. I'm not yet sure where i'll hit the coast, perhaps as far north as the mouth of the Gariep (Orange) River. I will definitely revisit the gannet and penguin colonies at Lambert's Bay, looking for whales along the coast.

And then back to Cape Town, possibly visiting some of the national parks along the Cape coast.

Once I have returned the bike, i'll fly up to Gaborone, Botswana for a couple of weeks with Emma and Lawrence.