All entries for Wednesday 02 November 2005

The latest version of the BMW Gelandestrasse bikes has just been announced. It is twice as powerful as my 13 year-old GS Paris-Dakar, but much lighter and with a vast tank range.

The main advantage of the Adventure model over the standard R1200GS is the big 33 litre tank. That is smaller than the 35 litres of my '93 GS. However, the modern engine is much more efficient, so it will do an estimated 750 kilometres or 465 miles, as opposed to the 350 miles that I expect from a full tank. But at the same time it can be ridden as quickly as many sports bikes.

As with the old GS Paris-Dakar, BMW have wrapped the tank in crash bars. It also has a screen designed for covering big mileage at high speed (people frequently do 1000 miles in a day on these bikes). The only disapointment is that BMW haven't fitted a bigger front wheel, like the 21" wheel on the GS-PD. Here's some pictures from the message posted by Grant Johnson on the Horizon's Unilimited forum. 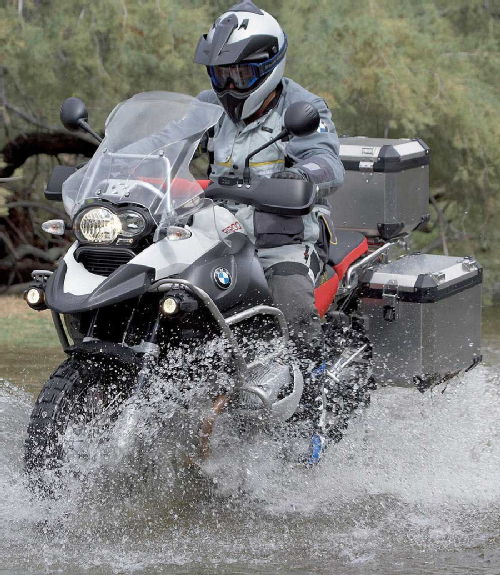 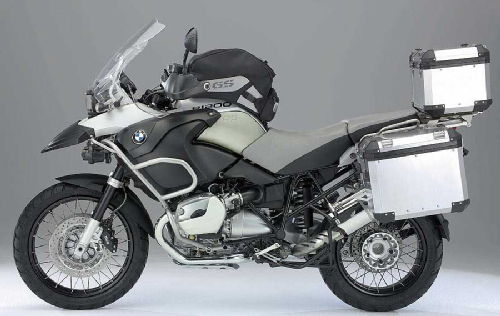 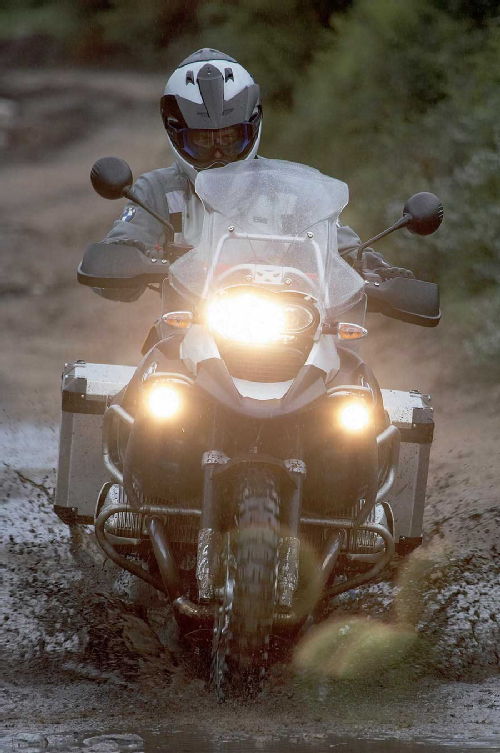