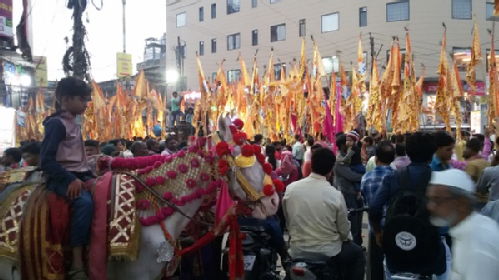 The online dictionary defines a “Crowd” as a large number of people gathered together, in an unruly or disorganized way. People behave wonderfully well, when they are more organized and sane as an individual. But the same individual, when he or she becomes part of the crowd, displays a new behavior and is swayed by the opinion of the crowd. These are crowd effects.
Such crowd effects are seen in massive social mobilizations and social movements across the world.
There are many theorists and researchers who have given us enough in depth background on the sociological perspective of massive social mobilizations. Our point of discussion here in this article, relates to crowd behavior and crowd effects in social networks. After all, there are crowds in a social network as well.

A global statistics survey, from Statista and Global web index, points out that there are about 2.3 Billion active social media users in the world as of Jan, 2016. And that’s a massive crowd.

The question is: are they truly disorganized and unruly? Our popular culture and perception about ‘crowds’ may sometimes refer to them as people who belong to the masses. From a sociological perspective, there is huge section of research and exploration devoted to the science and the collective behavior of the crowds.

What constitutes a crowd, for crowd effects to take shape?

In this perspective, we will explore the article titled “Social collective behavior: How following the crowd benefits us”. As people, we are sometimes emotional and are swayed by popular opinion of the crowd. As the article points out, there are direct benefits and private information which we stand to gain, if we follow the crowd. Such private information and benefits follow a path of information cascades and spreads quickly as a contagion. We will explore this in a little while from now.
As mentioned earlier, it is essential to understand the dynamics of collective behavior of the crowds. There is an ongoing contention among researchers, that any group behavior is a collective behavior of the crowds and as such, there need not be a separate study for such crowd behavior. This leads us to ask what a crowd is then. Crowd is just any group of people. I would like to defer from the above definition from the online dictionary.

There are crowds gathered for religious movements, celebrations and office people gathering outside their buildings. The people who form these crowds bring in their own personal characteristics to the group. They follow a certain pattern. They all behave according to certain established cultural guidelines and structure. For example, crowds for celebrations, social movements and contests have established procedures and shades of cultural underpinnings and as such, understanding the crowd effects and collective behavior of such gatherings and group may not add value.

For us to understand collective Crowd behavior, within the context of crowd effects, the crowds should not have well defined cultural guidelines or organized with established procedures. Crowds should form at random, as in an event or an incident. For example, crowds that form at random on the roads, to watch a building construction or even a crowd that forms, when there has been a road accident.

Crowds have a mind of their own

Many theorists have pointed that crowds, have a mind of their own. A popular theory among others is the “Group mind theory”. Individuals exist apart but act as one in the group. Their thinking processes are stimulated by each other’s feelings and intentions. In other words, individuals are motivated by each other.

The explanation is that the minds of people, are acting towards a common cause and the individuals are cooperating towards the common cause. We have seen such behavior within the animal world. Animals which move together in a swarm exhibit such behavior. Nevertheless, understanding crowd effects and collective behavior is a complex phenomenon.

Crowd effects are unpredictable and happen in the NOW.

At this juncture, I would like to say that crowd effects are unpredictable. History is replete with incidents and events where the collective behavior of the crowds have been always unpredictable. For example, the crowd behavior during the FA cup, semifinal match in England in 1988, is still intriguing. What prompted the frenzied fans to behave in a manner, which resulted in a human crush is still not known. There are numerous reports from the police. Still another vivid example, is the stampede that had occurred during the annual Hajj at Mecca.

Experts and research practitioners are baffled and prediction can only happen after studying crowds in similar scenarios.

But then, how the crowd will behave at random during any event or gathering is still a mystery and unpredictable. Perhaps, the group-mind theory above can offer some help to understand it.

People in a crowd are sometimes emotional and are swayed to act and speak in a manner which is conducive to the common objectives of the crowd. There is no rationale towards such acts.

People gravitate towards a crowd, when there is beneficial private information or direct benefits involved.

When there is a direct benefit by being in a crowd and as result you stand to gain, a not so easily available private information, there is no rationale adopted. People just spread the network and join the crowd. This phenomenon is known by the term “Information cascades”.

People would want to align to a crowd and follow the crowd with no rationale or limited rationale. Sometimes, even where there is no direct benefit involved. This is information cascades at its peak.

We have seen many popular social media tools, which have raised to fame within a short period of time. For example, You Tube, had many good features which appealed to the masses for video sharing. There was information cascade and people just thronged to the site making it extremely popular. So is the case with Facebook and Twitter as well.
Another term used within this context is the ‘Network effect’, where people follow other actions and spread it, when there is something good and worthwhile happening.

For this reason, it would seem that the popular social media tools are powerful and cannot be displaced. But then, the same crowd behavior can be replicated by new comers as well, if we follow the popular opinion and make adjustments accordingly.

It was interesting to note in this scenario, on how the incentive structures in social media tools can be put to good use to sway the crowds and inculcate the desired collective behavior among them. In essence, a desired crowd effect. Yes, it is unpredictable, but there is a chance of steering it in the right direction within the context of a social network, at least. The right incentive structures can motivate crowds in the right direction to bring in long term sustainable change. Incentive structures as pointed above can include both private information and direct benefits.

It goes without saying that the wealth is in the networks. Collective crowd behavior can stimulate and facilitate people to move in the right direction. Lastly, what I would like to say is that, it is no more a theory. We are seeing it practically, the crowd effects happening through the popular social media tools. It is in our best interest to follow the crowd.

Hope you liked this article. I do need your suggestions.