The Global 'Syndemic’: A Tri–economic Burden of Undernutrition, Obesity and Climate Change 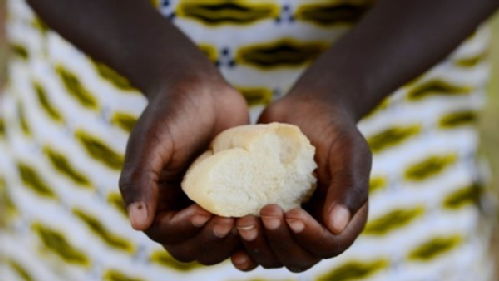 Malnutrition and all its forms, inclusive of obesity, undernutrition, and other nutritional risks, is one of the foremost sources of global poor health. Currently, undernutrition and obesity each affect approximately 2 billion people globally. Undernutrition still exists widely but is one of the least addressed socioeconomic and health problems. The cost of obesity accounts for almost 3% of the world’s GDP, while unmitigated climate change may exceed 7% of the world’s GDP by 2100. Traditionally undernutrition, obesity, and climate change have generally been viewed as separate concerns, however in the near future as climate change challenges continue to worsen, the damage points include not only to the environment but also global health on which climate change has a direct effect. These three challenges are positively correlated, otherwise referred to as the “The Global Syndemic”, they persist in most countries throughout the world and share fundamental socio-economic drivers.

The interdependent implications and costs of the "syndemic"

Global climate change is anticipated to hinder food security as it will negatively affect crop yields, prices and nutritional composition of the crops.Global crop and economic models have projected a 1–29% cereal price increase in 2050 and a 3.7–6.5% decrease in protein and zinc composition in major crops, thus potentially increasing the risk of malnutrition. Historically, the most widespread form of malnutrition has been undernutrition but in the past 40 years, the obesity pandemic has shifted the patterns of malnutrition from high-income countries to worldwide (Popkin, B.M. et al.). Once considered a concern of high-income countries, the problem of being overweight and obesity is increasing in low-income and middle-income countries due to some being heavily dependent on imported food supplies. The major correlation between overeating and climate change is the excess greenhouse gas emissions (GHGEs) that come with an obesity-inducing/maintaining diet. The steep increase in children affected by obesity is largely led by emergent economies – in South East Asia, Middle East and Latin America (Popkin, B.M. et al.) and is a huge contributing factor for three of the four leading causes of non-communicable diseases (NCDs) worldwide.

Countries transitioning from low to high income status experience a higher prevalence of obesity and GHGEs due to rapid urbanisation, a shift in transportation structure and consequently lower physical activity and changes in dietary patterns. These are attributed to increased consumption of ultra-processed food which in turn is associated with high GHGEs. The tri-economic burden encompassing this syndemic is significant enough to impact the poorest strata of the population which is estimated to be 8.5 billion by 2030. The prevalent costs of undernutrition are approximately $3.5 trillion annually. Economic losses due to obesity amount to about $2 trillion annually from health-care costs and absent economic productivity. These costs represent 2.8% of the world’s GDP. The fiscal effects of climate change include the costs of environmental disasters, changes in habitat, health effects, industry stress primarily in agriculture and fisheries, and the costs of reducing GHGEs. Continued inaction towards curbing global climate change is predicted to cost around 5–10% of global GDP, whereas just 1% of the world’s GDP could arrest the increase in climate change. The paradoxical outcome of this syndemic is that the maximum suffering and economic damages which will be caused by climate change will be suffered by the world’s poorest households who ironically are insignificant contributors to GHGEs and additionally have the least capacity to align themselves with climate change.

The way forward: Dissolving the links within the "syndemic"

The causes of malnutrition are multifarious, which requires development of models that compute the prospective impacts of climate change on global health. There is urgent need for an approach that addresses the critical situation, the strong interconnection – the syndemic - and that calls for including climate change negotiations in matters of food and nutrition security. Nutrition and health professionals must grab a stake in key climate change adjustments and mitigation programmes, including science-based assessment by the Intergovernmental Panel on Climate Change (IPCC), and policies and actions formulated by the UN Framework Convention on Climate Change (UNFCCC). All in all, I believe going forward all stakeholders should contribute to the following:

Firstly, nutrition should be included in the action plans to curb climate change with an increased attention on those who are more susceptible to malnutrition, such as mothers and children. Nutrition security must unequivocally be integrated with climate-resilient development, national adaptation, and disaster risk reduction plans in low and middle-income countries. Here two approaches can work simultaneously: one approach can focus on scaling evidence-backed nutrition interventions, food aid, and creating safety nets. While the second approach can work on multisectoral convergences toward climate-adaptive agriculture, health, and social protection schemes.

Secondly, it is becoming increasingly necessary to include nutrition considerations in all climate change mitigation efforts. Mitigation strategies such as sustainable food production, sustainable diets, sustainable food consumption, and waste reduction, should be explored and encouraged. Such strategies will positively affect the following sectors: nutrition, health, and the environment. Moreover, evidence shows that a conservative approach to meat production and dietary meat consumption leads to better nutritional balance in both high and low-income populations.

Lastly, policy coherence between nutrition security, sustainable development and climate adaptation, and consequent risk mitigation should be explored. It is important to expand partnerships and communications among relevant stakeholders to develop experience and coordinated evidence-based policies that incorporate nutrition awareness in institutional and policy frameworks at all levels. Factors such as political will and good governance can influence the integration of nutrition-sensitive actions into sustainable development. Key state and private sector actors should place human rights at the centre of solutions to adapt and mitigate the severe impacts of climate change and create a conducive environment to discuss climate-resilient strategies for nutrition security, thereby curbing malnutrition and dissolving the syndemic bond.

Sanya Srivastava is an early career public policy professional with an undergraduate degree in Economics and Mathematics and is currently pursuing a Post Graduate Diploma in Development Studies. She is passionate about strengthening governance structures and solving sustainable developmental challenges. Her current research interests lie in understanding the intersection between economic development, social progress and commercial growth through evidence and experience-based policies.