All entries for Wednesday 21 September 2022

Colonial legacies, race and the labour market in Trinidad and Tobago 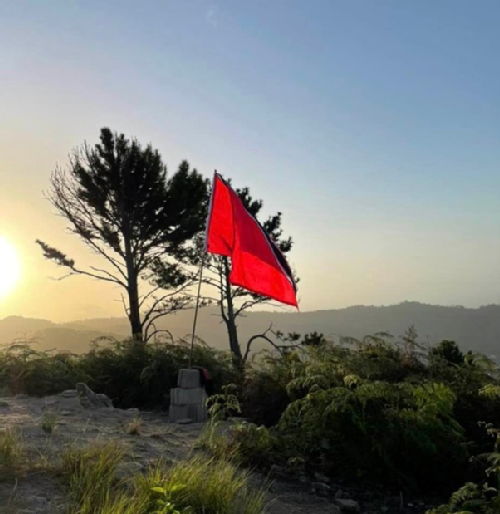 Photo by Rashmi Mathur [The Trinidad & Tobago flag at sunrise]

Colonial Legacies, Race and the Labour Market in Trinidad and Tobago

Recent years have seen increased calls for equality and social justice. In many so-called developed countries, the movement has manifested in efforts to renameplaces, remove/replacestatues and decolonisethe curriculum. In former colonial countries, the renaming, replacing and re-writing is not new, and for some started decades ago. For example, there has been a Caribbean flavour to the syllabus, pedagogy and assessment in the English-speaking Caribbean since the establishment of the Caribbean Examination Council(CXC) in 1972; and the South African curriculum has gone through a plethora of changessince 1994. Several countries reclaimedtheir names post-independence – among them are Belize, St Kitts and Nevis, Sri Lanka and Zimbabwe, and most recently Eswatini. We no longer speak of Bombay, but Mumbai; and Kolkata rather than Calcutta.

These examples highlight that the ‘decolonisation’ movement is not new in former-colonial states. These countries have long tried to shake the colonial chains and reclaim their identities. Many efforts have been successful as indicated above. Some are more challenging, especially those that are built on deep-rooted institutions.

Institutionsare the rules of the game with respect to how social, political and economic systems are organised and function. They are influenced by social interactions, and oftentimes formalised by laws and regulations. As expected, early institutions shape contemporary ones, and ultimately affect current outcomes. They determinehow a country, its economy and society, prospers (or not). This is true in Trinidad and Tobago – a small island nation in the Caribbean, and former British colony. Although sugar plantations (and agriculture in general) play a limited role in Trinidad and Tobago’s economy sixty years after independence(in 1962), race relations/tensions that were bred and nurtured doing the colonial period continue today, and rears its head in the labour market (among other aspects of society).

British colonialism in the West Indies used a model of division to control, which “fragments, divides, marginalizes, alienates, and represses certain groups”. These divisions were often institutionalised in laws and policies, and have a high probability of shaping contemporary institutions and development prospects. In Trinidad and Tobago, one of these divisions lay between the Afro- and Indo- Trinidadian communities.

From 1845, seven years after ‘Apprenticeship’ ended in 1838, East Indians (from India) were “imported into Trinidad” to work on sugar plantations as indentured labourers. Remuneration of the indentured labourers undercut that of the former enslaved, and the indentured labourers were offered the promise of land in exchange for relinquishing their free passage home. This, understandably, created tensions between the two groups – which played out in a society already “pervaded by the racist ideology of local and metropolitan whites.”

The subsequent institutionalisation of the Westminster system of government in Trinidad and Tobago hosted, and arguably perpetuated, one contemporary manifestation of this division in the area of race and politics, with one main party predominantly supported by the Afro-Trinidadian population, and the other supported by the Indo-Trinidadian population. Race and politics often enterthe labour market, and debates around these issues emerge most strongly in the lead up to general elections.

There is a high level of perceived racism in employment. Both the Afro and Indo populations claim to experience levels of racism in hiring and treatment in the workplace. Most studies acknowledge that this may be driven by perceptions on disparities in position, education, access to credit or resources such as loans. Perceptions on racial discrimination interplay with perceived political affiliation as politicians are suspected of providing their supporters and constituents with access to more opportunities and resources than the opposing side.

Recorded historical evidence on differences in positions between Afro, Indo and other races have influenced perceptions. In the immediate post-independence years, mixed, white, Chinese and Syrian populations tended to occupy higher levels of management and business ownership despite comparative or less training or education. Into the 2000s, Afro-Trinidadians weremore likely to be employed in government positions; while the Indo population became more entrepreneurial and were more represented in the private sector and enterprise. However, no major differences in earnings between Indo and Afro populations were reported at the time. Afro-Trinidadians have the lowest self- employmentrates in the country. This may be because they have higher denial rates for business loans, even when accounting for similar factors to other groups. This may hint at some level of discrimination towards Afro-Trinidadians in financial markets. It may also be a result from historical factors, differences in inheritance and cultural/ family differences.

Relatively recent stories in the media have only served to fuel these perceptions. The former Prime Minister, Kamla Persad Bissessar, publicly apologisedafter being accused of appointing a junior civil servant to a director position, suggesting patronage ahead of merit. Allegations have not been limited to the public sector, but have also been madein the private sector. These perceptions enter formal channels. A studyusing data from the Equal Opportunities Commission between 2008 and 2013 notes that race/ethnicity was the largest named reason for raising a complaint of workplace discrimination to the Commission.

On a more positive note, a 2018 studyargues that racial differences in employment outcomes is relatively low (seven percent on the Karmel-Maclachlan index) and have generally improved over the 1999 to 2015 period. The authors suggestthat when race-based differences exists in labour market outcomes, it is often a result of prior educational differences. These findings indicate some positive change, but also point to the complexities inherent in changing institutions – those interactions and practices deep-rooted in history.

First, perceptions matter. And information is important in shaping perceptions. The 2018 study suggests that labour market outcomes by race may not be as large as perceived. Yet, perceptions held are different. And perceptions matter for racial cohesion. One way of shifting perceptions is through information. The Trinidad and Tobago Central Statistical Office (CSO) monitors and reports on labour market data on a quarterly basis. Data is publicly availableby sex, age, educational attainment, type of worker, occupation group, and industry. This data is easy to download and analyse. However, one important variable is absent from the publicly available data – racial/ethnic background. It begs the question, should such data be publicly available given such high public interest in the issue? Arguably, routine monitoring of differences, if/where they exist, is the first step in correcting imbalances.

Second, if it is indeed the case that differences in labour market outcomes by racial groups result from differences in education outcomes, this warrants its own area of enquiry. If some racial/ethnic groups perform better than others, what drives these differences in the Trinidad and Tobago context? And, subsequently, how can policy tackle these issues? Would addressing educational differences highlight other disparities along racial lines?

The first Prime Minister of Trinidad and Tobago and reputed historian, Dr Eric Williams, famously remarked and used the slogan ‘Massa Day Done’ – the day of the colonial masters is finished. This sentiment informedmuch of the ideology in independent Trinidad and Tobago, and many other Caribbean islands. Indeed, countries like Trinidad and Tobago are free to choose their path and shape their destiny. It remains that breaking the chains of some colonial legacies, like race relations, is an ever-present challenge.

The scoping research undertaken for this blog was funded by the Warwick Interdisciplinary Centre for International Development (WICID). The authors thank WICID for this generous support.

Jamelia Harrisis a Research Economist at Fiscus and Visiting Research Fellow at the Politics and International Studies Department, University of Warwick. Her research spans a range of topics and includes foreign aid and the labour market, political patronage, and government finances.

Gianluc Robinsonis an MPhil Candidate at the University of Trinidad and Tobago. His research is mainly in environmental and marine sciences, though he has an interest in social sciences and data analytics.