Facts you should know

I feel we're at a special point in our relationship, and its probably the time to tell you some hometruthes about Me 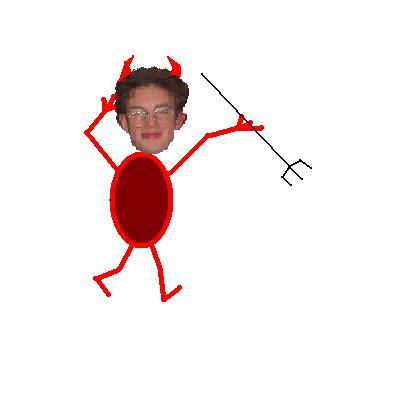 1. I am not a nice person; i heat my home by burning small children.

2. Often i can have violent moodswings which leaves me hating everyone within a 10 metre radius where as previously i'd have gone to bed with them at a pinch.

3 If you are a lady i will have looked at your chest. Its a natural reflex. I'm looking right now infact.

4. I often do'nt shave aand then i look like jack the ripper.

5. I wouldn't think twice about stealing you're wallet or possibly your scalp

7. Paul is a twofaced scumwanker

8. When claiming to be a friend i havr on more than one occasion been sued under the Trades Descriptions act

9. I want to dissolve all those who display public signs of affection, in vats of sulphuric acid; whilst playing cliff richard records at high volume

10. I like to march around in a nazi uniform whilst worshipping Belzeebub.