Show Me Your Ways

[Chorus:]
The cry of my heart
Is to love You more
To live with the
Touch of Your hand
Stronger each day
Show me Your ways

Worked at the cinema for Der Untergang ( Downfall ) about Hitler's last days. It was a really long movie. There are many questions in my mind about Hitler. He really intrigues me. I went to Berlin last winter, really hoping to learn more but not much is mentioned in Berlin about this man who made world history with his Nazism ideology. I can't believe that he actually made such an impact on so many people and gained such a big group of followers who worshiped and believed him with all their hearts. What is it about him that made people follow him? Was he crazy or was he just evil .. what exactly is this man all about? What exactly made him commit all the terrible things that caused so many to die and those who lived will forever be traumatised? I think I will try to find his biography to read this summer.
After the long movie, I went to Yvonne's place for home made pizzas and pancakes. Yes everything was home made even the pizza crust which was whole meal, just the way I like it. 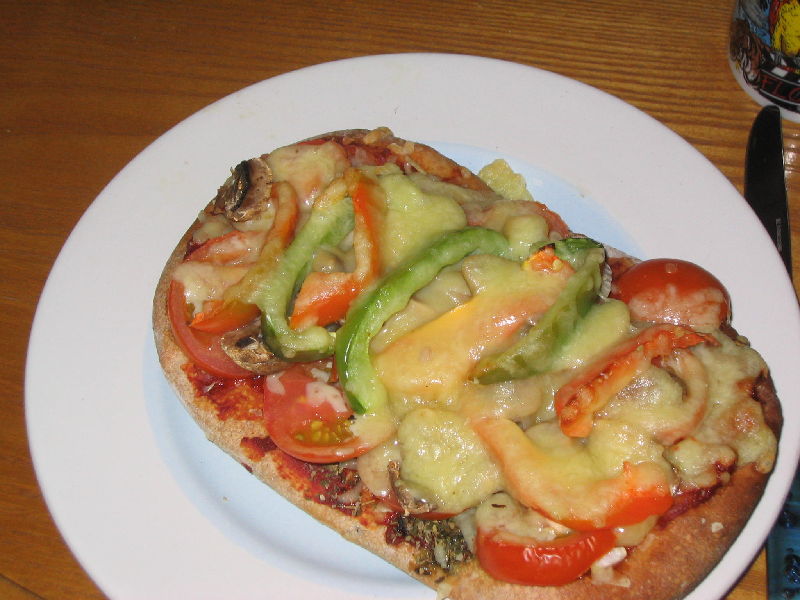 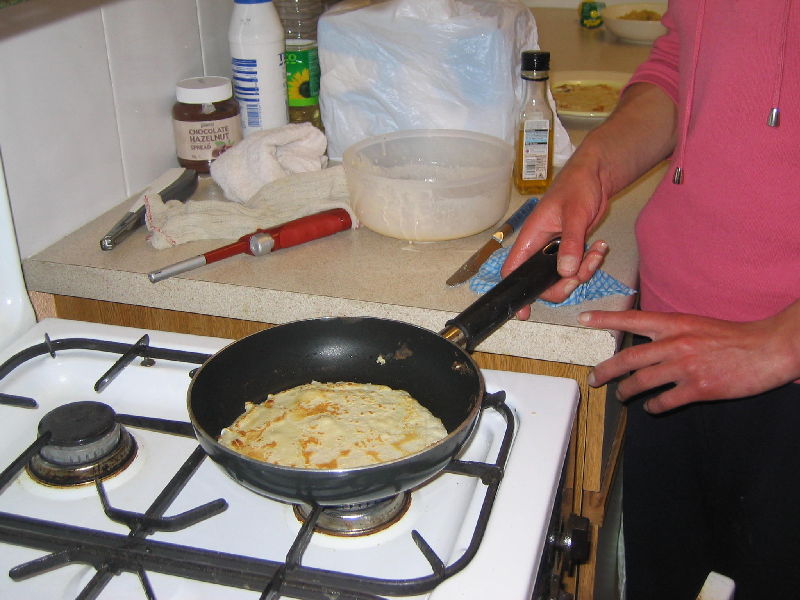 The 5 Conditions that the chancelor set up in 1997 on whether UK should join the Economic Monetary Union of adopting the Euro :

1. Convergence: it must be shown that Britain's interest rates are sufficiently close to those of the eurozone, and its exchange rate sufficiently competitive such that entry will not harm the UK economy. Britain's business cycle and economic structure must be compatible with that of the Eurozone.

2. Flexibility: this means 'labour market flexibility'. Is there sufficient flexibility when problems emerge?

3. Investment : will Britain's membership of the euro help or hinder investment? Will it create better conditions for firms to invest in Britain?

5. Growth and jobs : it must be shown that joining the euro would enhance economic growth and job creation.

Only condition number 4 has been satisfied according to GB in 1997. Those who are Pro-Euro have criticised GB's 5 conditions to be vague, in-complete and abritary in terms of measurement and definition. Many commentators say that this seems to be a politically easy way out to 'wait and see' but is it politically right? It is difficult to justify what is politically right or wrong. It is difficult to make such huge decision like joining the Euro for the impact is tremendous and when the nation seem to be split in their opinions about joining because it benefits some but not all.

Even though the tests seem abritary, I have to say that the decision not to join the Euro is the right decision to make economically. Because the pound sterling and UK's financial service sector has managed to grow in spite of not joining the Euro over these years. Politically it has strained Britain's relationship with the rest of the EU countries and with other issues like the war in Iraq, there don't seem to be a common policy in a lot of issues between UK and the rest of EU. And like Wilhelm Nolling said The UK will be crazy to join the Euro

Political pressure will eventually lead to UK government joining the ERM but will the people of Britain vote for a Yes to Euro referendum is another question unanswered.

Yea I took ThursDay Off revsion and went to St Patrick's Primary School in Wood End … and I did a painting job. It was actually quite fun and I get paid for having a bit of fun ( escape from revision is always fun). I am exhausted now, arms aching and red from trying to scratch off the paint.

After painting, I roamed around Coventry City Center (just wanting to procrastinate revision) and I bought a winter coat for my cousin who is coming here in September. My cousin's husband is going to do a PHD in London. Really excited. Can't wait to see them.

Not going to take the Night Off, tempted as I am. I know I shouldn't. Things that keep me going… Mum's words on the phone last night : " We love you and miss you so much. Study hard cause not everyone has got the opportunity to study in UK. We are all so proud of you. "

I miss you guys at home too and I promise to work hard...

I Know Him By Heart

Am i living an illusion?
Wanting something i can't see
If i compromise, i'd be living lies
Pretending he's not meant to be
Cause i know my heart's worth saving
And i know that he'll be waiting
So i'll hold on and i'll stay strong 'till then 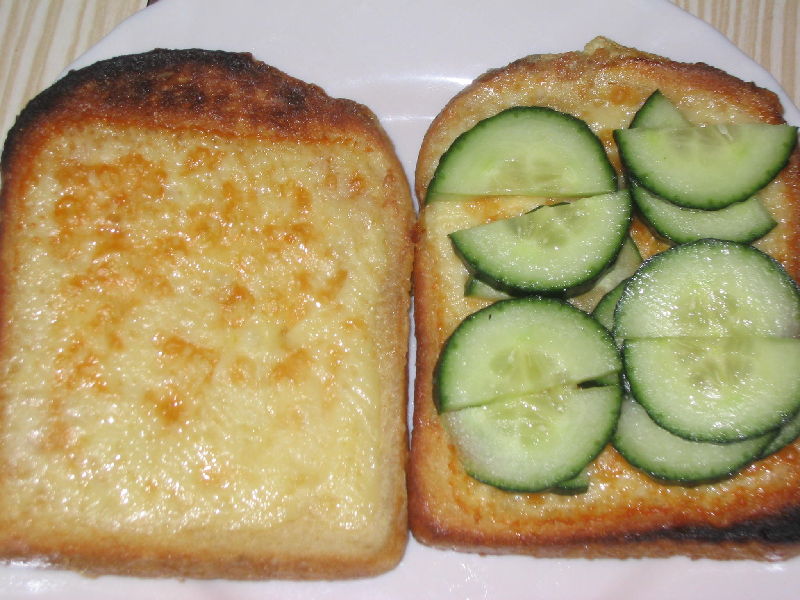 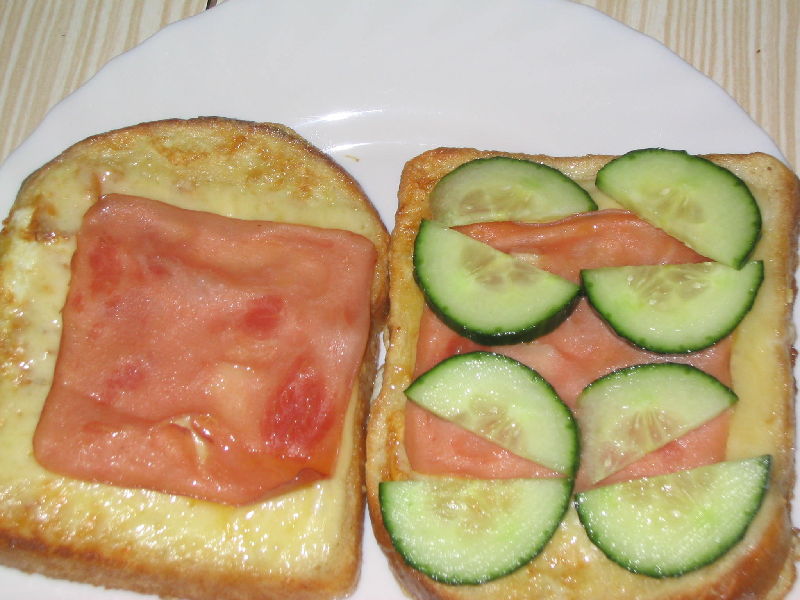 When I Have Fears That I May Cease To Be

When I have fears that I may cease to be
Before my pen has glean'd my teeming brain,
Before high-piled books, in charactery,
Hold like rich garners the full ripen'd grain;
When I behold, upon the night's starr'd face,
Huge cloudy symbols of a high romance,
And think that I may never live to trace

Their shadows, with the magic hand of chance;
And when I feel, fair creature of an hour,
That I shall never look upon thee more,
Never have relish in the faery power
Of unreflecting love;—then on the shore
Of the wide world I stand alone, and think
Till love and fame to nothingness do sink.

'All animals are equal, but some are more equal than others.' - George Orwell.

Perhaps there never will be equality. I can't really imagine a world with total equality. It just seem over-idealistic. The rich will be richer as wealth accumulates wealth. But hopefully the poor will at least become less poor. People blame inequality on unfairness in the international trade system and globalisation, which is a much over-hyped term. But the true cause probably lies in human weakness. People are selfish. People are greedy. And they just don't care about anything but themselves. This is the world we live in today where a country can actually attack another country without any concrete reason, where people inflict suffering on others without guilt.
If we are lucky, it will probably take another turn of the century perhaps for a world without inequality or perhaps it might not happen at all.

'It is important for each nation to sing its own song and develop according to its own distinctive hystorical rythm." German philosopher,Herder.

You are a good interpreter, very sensitive, intuitive, caring, and gentle.
Concerned about the world, you are good at predicting people's feelings.
A seeker of wisdom, you are a life long learner looking for purpose and meaning.
You are a great thinker and communicator, but not necessarily a doer.

Souls you are most compatible with: Bright Star Soul and Dreaming Soul

What Kind of Soul Are You?

Learn To Be Lonely

Currently listening to...
Andrew LW's Learn To Be Lonely

Ever dreamed out in the world
There were arms to hold you?
Youve always known
Your heart was on its own