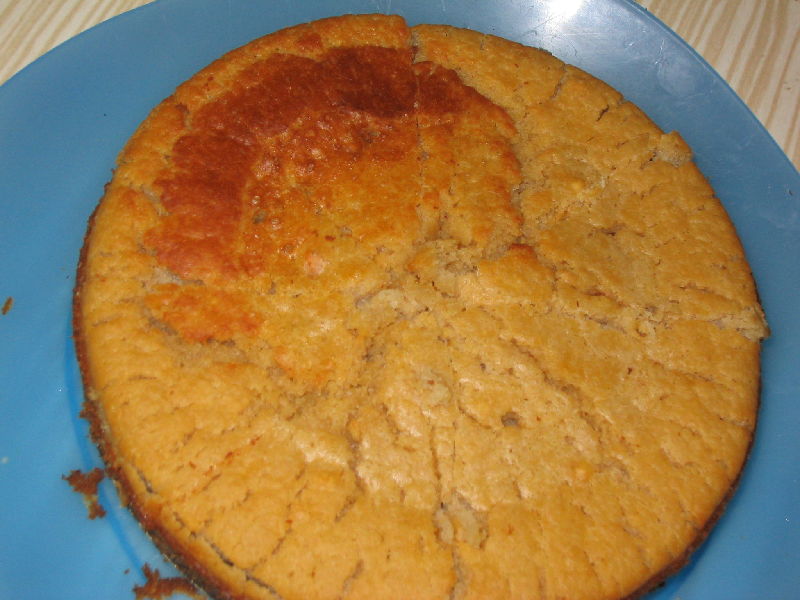 I know it doesn't look like a muffin. The reason is I don't have a muffin tray. So tempted to get one the other day at Tesco but didn't buy it for 2 reasons..I might soon get bored of baking and I didn't want to add to the stuffs I need to move to Birmingham for the summer.Haven't tasted the muffin yet. Shall let my Best Food Critic Godbrother Gan taste it before I do. Anyway the muffin recipe is so simple.

I also made Pillow Cake ('Kek Bantal' as it is written in my mum's ancient recipe book) The recipe is in Malay. Don't think I can translate it. My Malay is deteriorating and so is my Mandarin and my English is not getting any better and the worse thing of all is I have a French oral test on Monday ( my French is my brother's favourite joke at the moment. Mon frere, ZS est horrible mais j'adore mon frere parce que il fait moi sourire! :-) ) and I am even thinking of doing Japanese next year. I must be crazy! Don't ask me why it is named Pillow Cake. It is basically a raisin cake. It wasn't really anything super cause I didn't add any spice to it as I should. Don't know where to get the spice or what kind of spice the recipe meant. It tasted a bit like scones but not as sticky. I reduced the sugar cause I don't want anyone to get diabetic because of my baking addiction.I present the Pillow Cake. 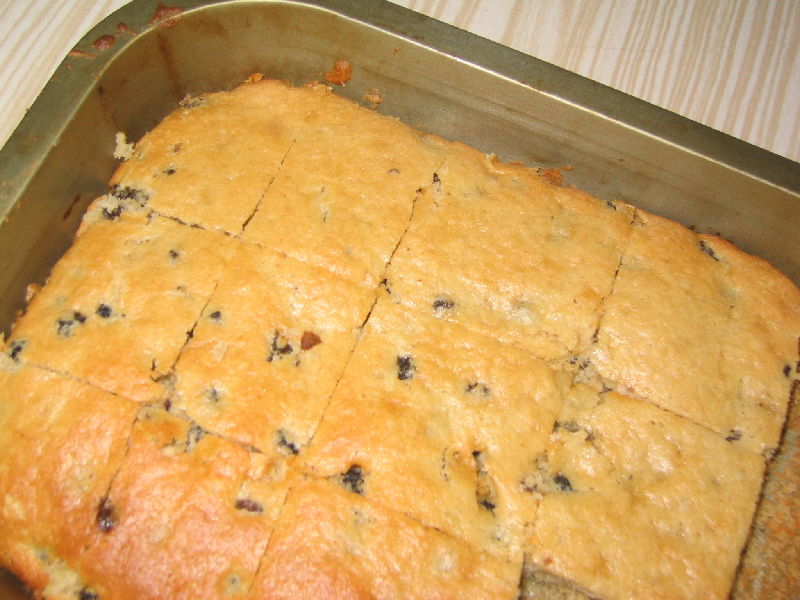 Psalm 25 (15-18 , 4-5)
I look to the Lord for help at all times,
and he rescues me from danger.
Turn to me, Lord and be merciful to me,
because I am lonely and weak.
Relieve me of my worries and save me from all my troubles,
Consider my distress and suffering
and forgive all my sins.

Teach me your ways O Lord
make them known to me
Teach me to live according to your truth
for you are my God who saves me.
I always trust in you.

1.15am: Just got back from Cambridge. Really exhausted. Should be sleeping but am so full now after having soup that Shu Bei made for yesterday's diner and some chocolate.

Yesterday was another lovely day. Woke up at 8am , haven't woke up so early for a long time… Then went to church for Ascension Day mass. The church was actually full. Never been to a week day morning mass. It was really nice to see the school kids clasps their hands in prayer. It gave me the fuzzy fuzzy feeling. Reminded me of when I was a little girl, I loathed going to church. I didn't understand much then. I loathed going to Sunday classes because there were some bullies. I just thought how can people be so mean when they go to church. I was regularly missing the classes. But thankfully God never gave up on a bum like me. He touched me again and again and I am so thankful.

I actually did a bit of revision after mass. But the stuffs got a bit too complicated and I gave up and did my laundry. After that I went to Cambridge for the Cabaret. It was awesome!It was my first time watching a Revelation Concert by another uni.
The choir rocked… 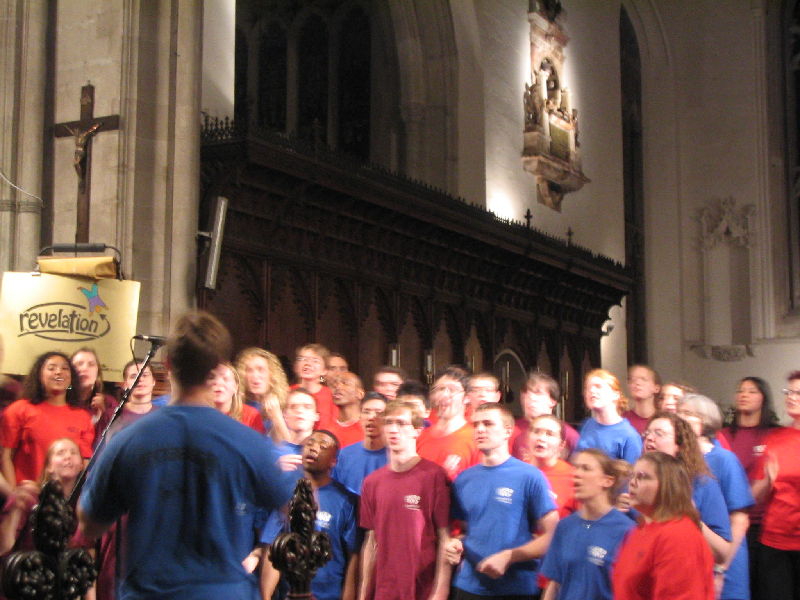 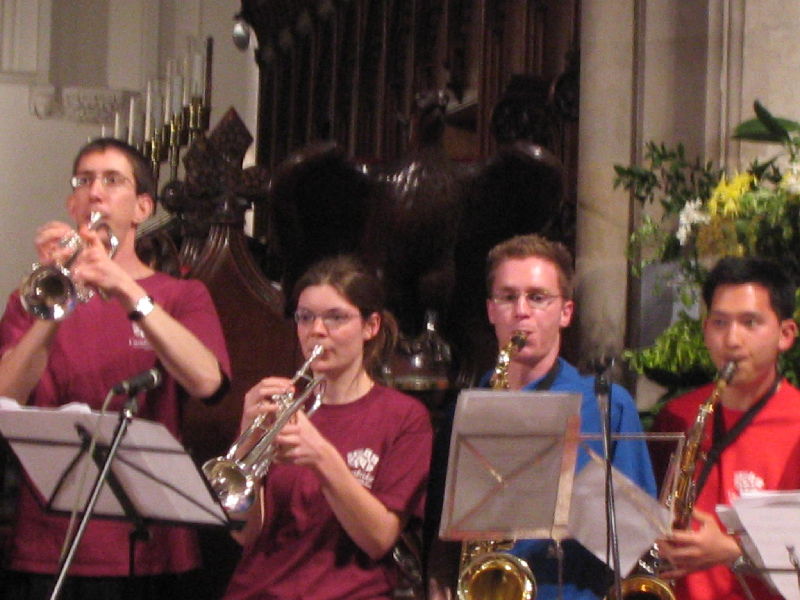 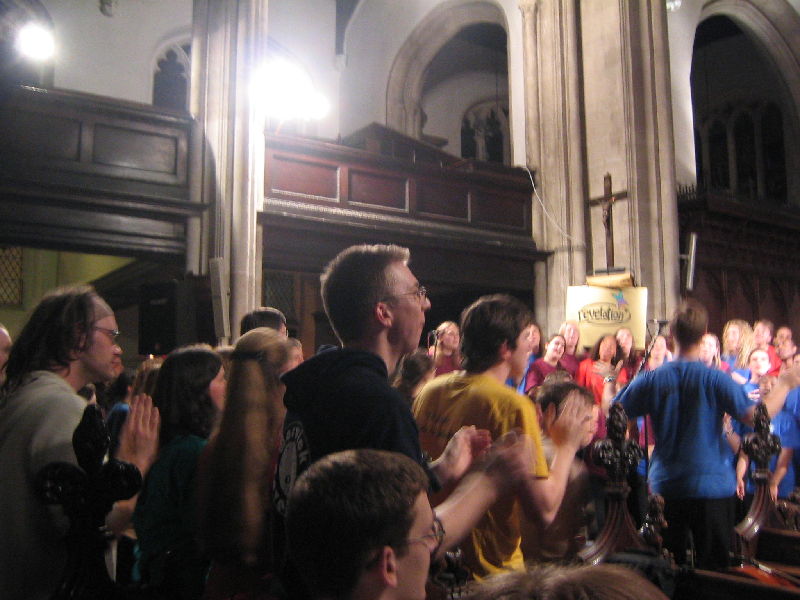 Also got to see some of the lovely WiM people! My favourite song of the night was Bare Necessities and the Male Bonding cabaret was fantastic!
After the concert met up with Joel, a college mate that I have not seen for 2 years. He couldn't make it for the concert but it was nice of him to pop in to Great St Mary's just to meet up even though it was so late. Glad to know that all is good for him. It was lovely to see an old friend.
Thanks to Tanya for the ride to Cambridge, Chrisi for the BBQ diner,Ali for the ride back to Coventry and all amazing Rev people!