The worms can carry me to heaven - Alan Warner

Although I really did enjoy this book it really does have some pretty major flaws. A number of the propositions just seem quite preposterous, the narrator is generally pretty unpleasant and the writing is a bit sloppy in places (although excellent in others).

Essentially a successful but very middle aged bloke/lothario discovers he is HIV+ and decides therefore to tell the story of his life to a homeless refugee whom he invites to stay in his home (as partial compensation for having to listen).

The tales are interesting but uneven and the whole thing builds to a really quite bizarre conclusion. Still, really rather enjoyable. I found the Spanish setting pretty convincing (but then I only have limited knowledge of the area) and the narrative does trip along nicely.

A bit of a departure for Warner – not set in NW Scotland or Edinburgh but no worse for this. Would say that doesn't quite match the achievements of Morvern Callar or The Sopranos (both of which are highly recommended) but still worth a punt.

Home Helps: approximation of a playlist §23

Nanny – Louden Wainwright
The dry cleaner from Des Moines – Joni Mitchell
Eric the Gardener – The Divine Comedy
What the Butler Saw – Squeeze
Mr Wu's a window cleaner now – George Formby
Domestic Departure – Au Pairs [two for the price of one there!]
Into the Valet – Skids
Char (lotte) Sometimes – The Cure

By the way, this is not me

Lest there be any doubt, this person who does reviews on Amazon, ain't me.

Just thought I would clarify that – I don't read that kind of book as a rule (as I'm sure previous reviews would indicate).

River Deep: approximation of a playlist §22

This really is staggering:

The authorities in Cameroon have discovered that they are paying civil service salaries to 45,000 employees who do not actually exist. Finance Minister Polycarpe Abah Abah said the fake employees were costing nearly $10m (£5m) a month.

It is just the sheer scale of it which defies belief. This must represent a pretty large proportion of the Cameroon civil service and it therefore seems extraordinary that no–one noticed! 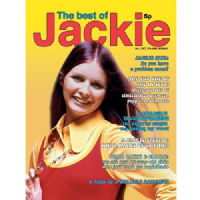 The possibility of an island - Michel Houellebecq

I think this is possibly Houellebecq's best to date – pretty bleak in places and future dystopian vision is rather grim. Ditto the customary quasi–porn. But actually it all works rather well. Our hero, a successful but dissatisfied comedian (not terribly funny, it has to be said), ends up contributing to a new global apocalyptic religion and becoming the genetic prototype for future clones.

So, odd, challenging and a bit icky in parts but really rather compelling.