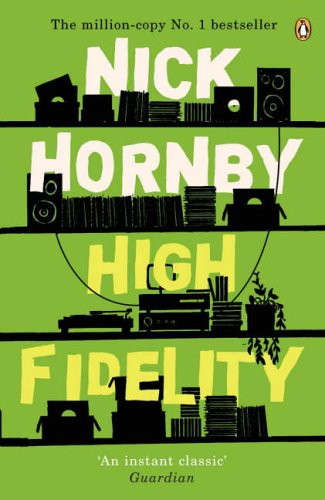 Scientific Success: What's Love Got to Do With It?

So, case proven: getting married (for men) is bad for your scientific research. There does seem to be something of a male orientation in this work

"The productivity of male scientists tends to drop right after marriage," says Kanazawa. "Scientists tend to 'desist' from scientific research upon marriage, just like criminals desist from crime upon marriage. Kanazawa's perhaps controversial perspective is that of an evolutionary psychologist. "Men conduct scientific research (or do anything else) in order to attract women and get married (albeit unconsciously)," he says. "What’s the point of doing science (or anything else) if one is already married? Marriage (or, more accurately reproductive success, which men can usually attain only through marriage) is the goal; science or anything else men do is but a means.

Under the Volcano - Malcolm Lowry

This does seem generally to be regarded as a masterpiece, including by Burgess. Recounting the last day in the life of the former British Consul (Geoffrey Firmin) in a fictional Mexican town at the foot of Popocatapetl, it is a quite remarkably intense and stylistic exploration of an alcoholic descent during the celebrations on the 'Day of the Dead'. The Consul's ex–wife and his brother join the party but prove unable to divert Firmin from the inevitable and indeed Yvonne Firmin dies too.

Whilst not the most cheering of reads, this does deserve significant plaudits although I suspect the time of its peak popularity, the 60s, had more to do with some kind of druggy/mescal alignment than anything else.

Anyway, pretty great stuff and certainly one of the most compelling and hellish descriptions of extended drunkenness I have read.

Just how many universities are there in the UK?

Most amused by the entry on universities in the recently issued Indypedia (free inaccurate information from the Independent). The error about universities does rather undermine confidence in the accuracy of the other data on this page.

Anyway, this week, there are about 117 universities in the UK, since you ask.

Of all the choices for Desert Island Discs! 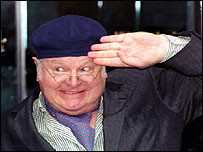 If honest, then it's frightening. If not, and is intended to be some kind of ironic statement, then it's even more scary.

A nice wee piece this on one of my bugbears:

SHAM Scam: The Self–Help and Actualization Movement has become an $8.5–billion–a–year business. Does it work?

The key paradox in all of this is: if you need to pay for someone's help, why is it called "self–help"?

Surrounding SHAM is a bulletproof shield: if your life does not get better, it is your fault—your thoughts were not positive enough. The solution? More of the same self–help—or at least the same message repackaged into new products. Consider the multiple permutations of John Gray's Men Are from Mars, Women Are from Venus—Mars and Venus Together Forever, Mars and Venus in the Bedroom, The Mars and Venus Diet and Exercise Solution—not to mention the Mars and Venus board game, Broadway play and Club Med getaway.

SHAM takes advantage by cleverly marketing the dualism of victimization and empowerment. Like a religion that defines people as inherently sinful so that they require forgiveness (provided exclusively by that religion), SHAM gurus insist that we are all victims of our demonic "inner children" who are produced by traumatic pasts that create negative "tapes" that replay over and over in our minds. Redemption comes through empowering yourself with new "life scripts," supplied by the masters themselves, for prices that range from $500 one–day workshops to Robbins's $5,995 "Date with Destiny" seminar.

Follow-up to I'm in love with a German film star: approximation of a playlist §15 from Prole Art Threat

Was delighted to discover: 1001 books – at least several hundred too many

I was given this book for my birthday recently.

I am slightly overwhelmed.

If I read one a week for the next 16 years I'll be there.

The all new Shipping Forecast

The all new Shipping Forecast seems rather different now in the early hours with Weather Forecasters reading it instead of newsreaders.

Something of the poetry of it has been lost and have been trying to work out why this might be:


While we are on the broad subject of early morning radio, do I miss the Radio 4 UK theme? Not really, but once a week might be good.

Relatively speaking: Approximation of a playlist §16