Wouldn't actually recommend that you read this but it does offer an interesting antidote to the now rather common lists of top 100s (and pre-dates them by years). Having said that, some of the choices are really rather strange (eg Len Deighton!) and perhaps even perverse (would anyone of sound mind really equate 'Goldfinger' with 'Heart of the Matter', say?).

Still, an amusing diversion – you also think that it must have taken an enormous exercise of the will for Burgess to avoid including one of his own in the list (any one of them could occupy the no 100 slot is probably what we are meant to think?).

For a five year old, anyway: 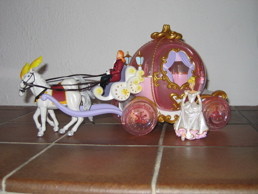 A top quality item, thanks to ELC.

Artists and Artistry: approximation of a playlist §13

Was looking around for evidence of the Farmers Boys, one of the finest bands to emerge from East Anglia (after the Higsons), and came across this wonderful list of just about everyone who has ever played a gig in Norwich.

Am particularly astounded that it includes the Ougadougous who, to my knowledge, were a group of academics at UEA who played at a handful of low key social events and then split up. Now that seems like real attention to detail.

Also delighted to be reminded of the benchmark of ambient sound that is the album Great Lift Journies of Norwich.

Really outstanding tale this from the master of the over-extended sentence. Essentially a piece of 'what if?' historical fiction, he speculates about the effect of a Lindbergh presidency in the early years of WWII and the consequences for the rest of the world of US neutrality/tacit support for Hitler. All pretty scary. What makes it particularly frightening and compelling is that the story is told from the perspective of a young boy who assiduously catalogues the gradual and then rapid impact of superficially rational then blatantly anti-semitic new laws imposed by the Lindbergh White House as they affect him and his family. These laws, clearly copied from the early years of the Nazi ascendency in the 1930s, enjoy massive support among the wider populace, thereby justifying ever greater intervention by America's fascist leaders.

It is all quite credible and inevitably makes you begin to think of contempory parallels.

Good to see that some people can behave in a civilised fashion at a drinks reception: One of the highlights for me of this year's conference was the video link from the dinner venue – where the speakers were – to the Whitla Hall where around a third of delegates were seated (split dinners, generally a bad idea). Anyway, the scale of the whole thing just made it rather scary: With love from the SoS: Letters to HEFCE

(From annual conference of AUA taking place in Belfast)

Have just seen David Watson delivering a keynote speech to AUA delegates – he was talking, pretty authoritatively, about new Labour HE policy and reminded me, when he invited someone (anyone daft enough) to attempt a detailed deconstruction of the letters from various Secretaries of State to HEFCE/UFC, of some dull investigation I had previously undertaken. He suggested they started in 1988 (ERA – post-UGC) although I only went back to '96 but did discover the following startling (well kind of) information.

Important to bear in mind that in the old days (around 1917 to 1979 roughly), the 'grant letter' was I believe just a single sentence or a wee bit more telling the UGC how much money there was for the universities.

The most recent one from Ruth Kelly is remarkable for several reasons (do have a look – well worth it):

First is – it's a really wonky scan. Secondly, the Secretary of State herself appears to have corrected the date by hand at the last minute so it was 2006 instead of 2005. Thirdly, it is a record in terms of length for the past 10 years at only 15 paragraphs. Fourthly (and obviously much more significantly), in terms of content it has several really surprising directives, the most bizarre of which is an entirely new encouragement to work on 'employer-led provision', whatever that is.

Oh, and the other thing is it was really quite late – the traditional November/December publication gave way to mid January in 2003 and 2004 but only just stopped short of February this year. Not very impressive – at least it was brief though.

for all of the gory detail

So if anyone really wants to go further with this I would be delighted to read the results!

Things not getting very much better

Although I really loved John O'Farrell's previous stuff and think that his funnies for the Guardian (now sadly discontinued) were excellent, this one is a real disappointment. The hilarious travails of middle class life in London, schools, sports days, kids etc wrapped up in a series of rather hackneyed expositions about urban 4×4s and oneup(wo)manship really just don't cut it.

Unfortunately, just not very funny. Gave up. Moved on. No nuts contained.

Life, don't talk to me about life: Approximation of a playlist #12

A design for life – Manic Street Preachers
Charmed life – The Divine Comedy
Dog is life/Jerusalem- The Fall
God Gave Us Life – Half Man Half Biscuit
He Lives My Life – The Go-Betweens
I love life- Pulp
Imitation of life – REM
In the next life (a requiem) – Mull Historical Society
It's a wonderful life – The Higsons
Jig of Life – Kate Bush
Life begins at the hop – XTC
Life during wartime – Talking Heads
Life goes on – Echo and the Bunnymen
Life in a northern town – Dream Academy
Life on Earth – The Divine Comedy
Life on Mars? – David Bowie
Life on your own – The Human League
Life thru a lens – Robbie Williams
Life's an ocean – The Verve
Life's what you make it – Talk Talk
Lust for life – Iggy Pop
My uptight life- Teenage Fanclub
Once in a lifetime – Talking Heads
Parklife – Blur
Quiet Life – Japan
Street life- Roxy Music
This little life of mine – Spiritualized