The Proculus Enigma: Have the history books been telling it wrong?

Before discussing this particular coin of the month, please forgive the Herodotus-esque digression on the context of its appearance. The day was November 7th 2012, and it began much like every other for one Yorkshire metal detectorist. The site he had chosen for the day had produced numerous finds in prior visits, most of which had suggested that he was walking in the footsteps of his Romano-British forebears. At this point, a thought may even have crossed his mind that his next find might be something other than Roman ‘grot’(derogatory archaeological slang for a heavily corroded and illegible Roman (typically) coin). Yet one object was, and all it took was just one signal, one hole, and one turn of the spade to unearth something virtually unique. However, this was not realised by the finder, Colin Popplewell, until he had posted images to an online forum. Further unbeknownst to him, his chance discovery would reignite a debate over the very existence of a third century usurper, and the contentious issue of his having struck coinage. The coin he found (Fig.1), provided an overt reference to a character by the name of Proculus having assumed the imperial purple. The legend reads:

This legend has only appeared once previously on a coin from a German collection, sold in 1991. Given its inherent rarity, it was unsurprising that this latest find was first met with scepticism, and then denunciation as a later forgery by some academic circles. However the author recalls a remarkably similar scenario occurring in the case of another usurper: Domitianus II. This case was only resolved in 2003, when a hoard from Chalgrove, Oxfordshire securely contextualized a coin bearing Domitianus’ name. Whilst a scenario such as this is yet to arise for Proculus, the reliable context of this second discovery compels my subsequent analysis to be conducted on the presumption that both examples are genuine.

With only two coins, it would seem extremely difficult to produce a convincing argument for reinvestigation. However by overlaying images of one coin on top of the other, it is immediately apparent that the obverse and reverse designs are identical (Fig. 2). To a numismatist, this is a definitive indication that the same pair of dies produced both coins. This also strongly suggests that they were produced at the same workshop, if not even by the same hand (Morgan 2006: 175. For Domitianus II die linkages also proved crucial in authenticating both coins). Furthermore, the presence of intelligible legends on these two coins must indicate that they are also the product of a literate manufacturer. This particular factor also questions their potential alternative identification as so-called “barbarous radiates” (which also happened to be in contemporary circulation). However, most of these coins were low-grade imitations of official currency, and were seemingly produced by local, illiterate satellites. Consequently, the only plausible conclusion to draw from this appraisal of Proculus’ coinage is that they resemble the products of a coordinated and sanctioned series.

Having therefore established credentials for our coin, an assessment of other extant material can now be made, to establish whether this additional numismatic evidence for Proculus conforms to our historical impressions of the individual. The iconography of the coin itself helps to narrow our search of literary material to the later third century AD. This is evident from the size of the coin and the depiction of a radiate crown, which is emblematic of this period. Our main historical record for this period is the Historia Augusta, which is unfortunately notorious for its fabrication of stories (Dessau 1899). On account of its reputation, it is therefore unsurprising to find that it has provided two conflicting accounts for the character of Proculus. The first has him revolt in Cologne during the reign of the Emperor Probus (HA Life of Probus XVIII.5), whilst the second records his rebellion occurring in Lyon (HA Lives of Firmus, Saturninus, Proculus and Bonosus I.4, XIII.1). Other surviving references to Proculus are more questionable on account of their even later publication dates (Eutropius IX.17, Epitome de Caesaribus XXXVII.2). Consequently as the literary source most contemporary to the life of Proculus, the Historia Augusta must be consulted in contextual discussion of these enigmatic coins.

“One fact, indeed, must be known, namely, that all the Germans, when Proculus asked for their aid, preferred to serve Probus rather than rule with Bonosus and Proculus.”

This suggests that Proculus usurped during the reign of Emperor Probus alongside a figure by the name of Bonusus, although no such indication of this partnership is given on our coins (the recognised dedication for multiple rulers is expressed by the number of Gs in ‘AVG’ - Proculus’ coinage has just one). More significant though, is the explicit mention of a location that accords with the find-spot of this latest example. Proculus is documented as having claimed the province of Britannia along with Gaul during his usurpation (HA Life of Probus XVIII.5), thereby assuming control of the Legion stationed in York (near to the site of the coin’s eventual deposition). However, in the view of the author, if the revolt had occurred during the reign of Probus, our examples of Proculus’ coinage would be stylistically out of date. This is owing to a coin reform enacted by Probus’ predecessor Aurelian, during the middle of AD 274 (Carson 1965, Weiser 1983). Alongside the addition of mintmarks and marks of metal or face value, the style of imagery depicted notably changed. Comparing the pre- and post-reform currency of Aurelian clarifies this point further, (Fig. 3 and 4) as design focus visibly shifts away from large draped busts to depictions of elongated necks wearing cuirassed attire. Whilst usurpation may have led to cessation of contact with the Empire, knowledge of monetary design appears to spread unaffected. Confirmation of this can be found in the usurper Saturninus, who apparently revolted in the East at the same time as Proculus did in the west (HA Life of Firmus, Saturninus, Bonosus and Proculus). His coinage (Fig. 5) depicts significant iconographic similarities to Aurelian’s reformed coinage, as the long neck and military uniform are his most noticeable features. Had Proculus’ rebellion been contemporary to Saturninus, one would expect to see more stylistic similarities between the two series. However, their style remains notably different, with Proculus’ strong facial dominance being more akin to pre-reform types. Consequently, iconography forces us to consider the possibility that Proculus coined, and thus usurped, much earlier than the literary sources suggest; prior to the Summer of AD 274.

Pursuing this theme further identifies a striking iconographic relationship between Proculan types and Tetrican coinage of the late Gallic Empire (AD 271-4). The depiction of a radiate crown alongside the stylistic rendering of the hair and beard seem, at first glance, to be virtually indistinguishable. There is however an unusual feature to Proculus’ coin that challenges the combination of the reverse legend and the personification depicted. The legend being whole on the new discovery confirms the personification to be related to ‘victory’. However there appears to be no reflection of Victoria’s most recognisable attribute (wings) on the figure itself. Yet, similarly dedicated Tetrican issues clearly depict these iconic wings alongside the legend (Fig. 6). The author however notices the remarkable similarity of Proculan imagery to Tetrican representations of Pax [Peace] (Compare Fig. 1 and 7). If such confusion is a sign of ignorance on the part of the die engraver, the rest of the coin design reflects only overt and literate skill. Consequently, iconology allows us to isolate a distinct relationship between the coinage of the Tetrican dynasty and Proculus, furthering the contention for a revisal of our current date for his revolt.

Intriguingly our other surviving literary reference to Proculus affirms this idea, by bizarrely also recording his revolt during the reign of the Emperor Aurelian:

“…to see to it that … Bonosus and Proculus and Firmus, who revolted under Aurelian, be not be passed over in silence.” (HA I.4)

Given this new date, earlier accounts need reappraisal in order to identify whether available evidence has been overlooked or even originally misrecorded. Given the previous association of Tetrican and Proculan coinage, the histories recounting the fall of Tetricus and the end of the Gallic Empire are of particular interest. They document how the Gallic usurper defected to Aurelian as a consequence of his inability to control his Legions’ ‘evil deeds’ (HA Life of Aurelian XXXII.3). The ambiguity of this account is problematic, as too is the implausible scenario of Tetricus simply defecting to Aurelian on account of his failure to discipline his army. Moreover, numismatic evidence clearly suggests that Tetricus had dynastic intentions for his own household, as he produced coins in the name of his son. This can only be perceived as a view to dynastic succession, thus directly contrasting with the notion of a voluntary, uncontested surrender. However, later histories allude to a mutiny within his legions at this time (Eutropius IX.13.1), and even the establishment of a rival usurper by the name of Faustinus (Aurelius Victor XXXV.4). Zonaras even adds that Aurelian succeeded in suppressing this usurper soon after receiving the surrender of Tetricus (Zonaras XII.27). Mutiny thus provides a more plausible explanation for Tetricus' surrender, as it implies that his actions were out of compulsion.

However the overall narrative is confounded by a lack of reference to the usurper “Faustinus” at any point in the Historia Augusta. Yet every indication from later sources imply that his reign lasted up to several months, easily affording him time to produce currency, especially if accounts accurately record the revolt at the Gallic mint site of Trier (Konig 1981: 181). Yet no such coins have ever appeared in the name of Faustinus and no account is provided for him in our most contemporary and complete text on third century Gallic usurpers. This history, however, strikingly resembles the picture thus far painted from a study of Proculus’ coinage. As previously argued, the idea of Proculus being the rival usurper who drove Tetricus out in AD 274 also fits significantly better with the coin iconography he displays. Such a narrative would also account for the significant rarity of Proculus’ coinage, as Aurelian was already marching on Gaul to remove Tetricus at the time of this subsequent revolt. Circumstantial evidence may therefore tempt us to entirely replace the character of Faustinus with Proculus, but neither exists on mutual exclusivity. Nevertheless, literary material still allows us to tentatively advance our knowledge on the figure of Proculus. Histories clearly indicate that a revolt occurred in Gaul at the end of Tetricus’ reign, prompting his downfall. Given the further existence of textual and iconographic data that plausibly attribute Proculus’ rebellion to this time, and to this location, Colin Popplewell’s find provides us with a new and significant opportunity to reconsider the date for this most enigmatic of usurpers.

Must it truly take one coin, in one hoard, to truly return Proculus to the annals of history? 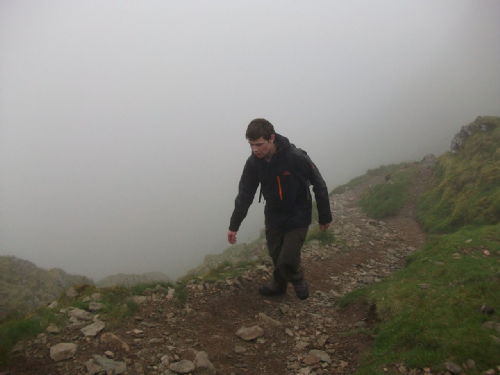 Written by Greg Edmund, an Undergraduate Finalist at the University of Warwick, studying Ancient History. His interests are in Ancient and Medieval Numismatics.