Augustus and the Exaggeration of Military Victories

Figure 1: Figure 1: Gold Aureus from the reign of Augustus, 19-18 BC (RIC I (second edition) Augustus 514). The obverse depicts the head of Augustus, with ‘AVGUSTVS’ inscribed (not visible on this specimen). On the reverse is the deity Victory cutting the throat of a bull, representing Armenia. The reverse legend reads ‘ARMENIA CAPTA’. Image produced courtesy of the Trustees of the British Museum.

This coin is indicative of Augustan propaganda, where Augustus exaggerates the role of the military in dealings with Armenia. The Roman Empire and the Parthian Empire were in constant dispute over Armenia, which acted as a buffer zone between the two empires in the East in the first century BC. Armenia fell under Roman influence as a result of treaties and the installation of a pro-Roman ruler, not military annexation. Thus the portrayal of the deity Victory slaughtering a bull (presumably representing Armenia) paints a false militarised narrative of events. The question is why Augustus, on this aureus dating from 19-18 BC, would want to exaggerate his dealings with the Armenians.

It is my belief that this false depiction is an attempt by Augustus to link himself with the military and military success, both key factors in obtaining popularity and support in Ancient Rome. Augustus tries to ‘piggyback’ off the popularity of the army in order to consolidate power; he wishes to be seen as a military man in an attempt to secure his longevity. The military’s popularity stems from the role they played in achieving and maintaining the Empire alongside their connection to the beginnings of Rome, explored by Virgil’s Aeneid. Augustus’ own position was extremely fragile due to the unprecedented nature of his Principate and the real threat of civil war occurring again; he thus sought avenues of popular support. The term ‘capta’ indicates military success, suggesting that the entire state was captured and subjugated, yet this is wholly false. Augustus later on in his own autobiography, Res Gestae (27), even admits this, stating ‘though I might have made it a province’ and details installing a Pro-Roman ruler, further highlighting the degree of exaggeration on the aureus.

The history between Rome and Armenia is particularly key in deciphering why Augustus would exaggerate Rome’s dealings with the Eastern state. Due to Armenia constantly being fought over by Rome and Parthia, it was as a prize for Augustus, that he could claim displayed not only the strength of the Roman military, but his own. Augustus, by portraying himself on the obverse is clearly taking credit for dealings in Armenia, emphasising his role in proceedings, echoed by the inclusion of the Armenia episode in his Res Gestae. One reason why Augustus would particularly emphasise any dealings with Armenia would be to show victory against Roman enemies, the Parthians. The Parthians humiliated Rome with the annihilation of Crassus’ army and loss of the famous legionary standards in 53 BC. This would still be fresh in Roman minds. Augustus’s return of Armenia and later the standards would boost his popularity. Augustus portrayed himself as correcting the wrongs that the Republic never could, cementing his position of singular rule.

This aureus indicates the usage of coinage to foster support and is a prime example of Augustan propaganda through exaggeration of militarism. Both the military popularity and Parthian context are key motivators for Augustus’ actions. The use of this coin to promote popularity indicates that coins were not simply economical tools but key in spreading the Imperial view. This work is based on the view of an imperially directed die-engraver, rather than a die engraver creating something to his own taste. 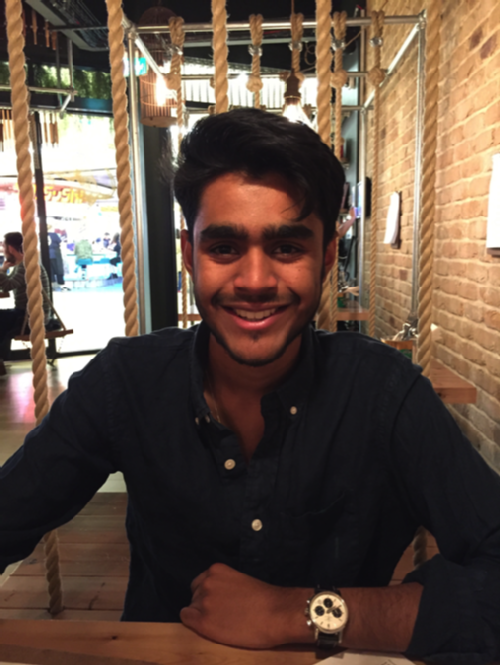 This month's coin was written by Dillon Kylan Patel. Dillon is an undergraduate first year Ancient History and Classical Archaeology student and current Secretary of Classics Society with a keen interest in Numismatics, especially in the Imperial period. This summer I’ve been luckily enough to gain a placement at the British Museum where I will further explore numismatics.