A coin of Nysa celebrating the 'Theogamia' or sacred marriage

My coin of the month comes from Nysa, a city in the Maeander valley in Asia Minor. Minted in the mid-third century AD, it shows the emperor Valerian I on the obverse while the reverse celebrates a festival held in the city, the ‘Theogamia,’ in honour of the ‘Sacred Marriage’ between Pluto and Persephone. The name of the festival is written in Greek letters inside a large prize crown: ΘEOΓAMIA OIKOY MENIK (Theogamia Oikoumenika). Two palms, the symbol of victory, emerge from the top. The epithet Oikoumenika indicates that the festival had been awarded international status, a mark of prestige in the bustling festival culture of the second and third centuries AD, when cities competed to attract performers to their games. Earlier coins do not include this title, and so this new type may have been minted specially to celebrate the new honour, which had to be awarded by the emperor.

The festival celebrates the sacred marriage between Persephone (daughter of the goddess Demeter) and the god of the Underworld, Pluto. Nysa proudly boasted a sanctuary of Pluto and Core (Persephone), as well as a cave thought to provide an entrance directly into the Underworld (Strabo 14.1.44-45). The Rape of Persephone, in which the maiden daughter of the goddess Demeter was seized by the god of the Underworld while she was out picking flowers, was a familiar myth in the ancient world, often used in funerary art as a visual metaphor for untimely death.

The people of Nysa, however, put a more positive spin on the myth, and its associations with their territory, featuring it on the reliefs of their theatre as well as on coinage. According to the Homeric Hymn to Demeter (l.17) the abduction took place on the plain of Nysa, allowing the city to lay a strong individual claim to this well-known myth. Rather than stressing the destructive aspects of the myth, however, they asserted instead the importance of the union between Persephone and Pluto, as can be seen in the theatre reliefs, where Pluto is shown pursuing a hesitant Persephone, rather than dragging an unwilling bride into his chariot. Through this public festival they tied a universally-known myth to their particular local territory, asserting both their unique religious identity, and their place in a wider Greek world.

This coin shows the importance cities of the Greek world placed on their festival culture in the high Roman empire: both as a means to assert their local importance (often in rivalry with neighbouring cities), and to show their membership of the broader Hellenic religious community. 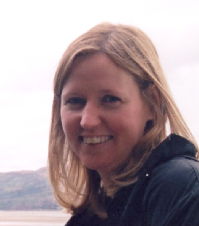 Dr Zahra Newby is Reader in Classics and Ancient History. Her research focusses on Roman art in its social context, in particular on Greek festival culture, ancient athletics, and the representation of myth in the Roman empire.

S. Price, ‘Festivals and games in the cities of the east during the Roman Empire’, in C. Howgego, V. Heuchert, and A. Burnett eds., Coinage and Identity in the Roman Provinces (Oxford, 2005).