I waited ages for the Sony Ericsson C905 in 2008. It was just what I needed, a phone that could handle many features, but is not a smart-phone. I still wanted a xenon flash to replace my trusty K800i that served well for 2 years. A xenon flash is undeniably useful. It allows you to be there to take something that only a regular camera could have. The K800i ran all the apps I wanted to: OperaMini to google maps to a trading platform. The addition of WiFi, HSDPA and GPS in the C905 was very welcome. Despite my previous abhorence to the 3 UK network I decided to return because it was the only network that had Skype available, and plus it is now managed by a reputable telecoms firm.

So after about a year how has it faired?

The camera with xenon flash has been brilliant - with red eye reduction on it is capable of three successive bursts. Only gripe is the colours on any daylight photos are a bit washed out. Everytime I take a picture it produces a 1MB file which I just right click and email or upload online. It has followed me around the world allowing me to capture important moments such as visiting the Acropolis and socialising with great people in Mexico.

Most days when I wake up, BBC's World Business Report show is unavailable on computer at 7am, so I just use the phone to stream the show over HSDPA to catch up on the news. One time I found myself on the train to London watching the Wimbledon final. The other commuters were hunched over my little screen.

I like how on the phone each java application can be set permissions for whether it is allowed to use mobile network and/or WiFi. This has been useful for ensuring the mobile network's Skype application continue to work whilst hooked on to WiFi. I have noticed a few issues (probably with earlier SW versions) where on WiFi emails can't be sent/received unless when your phone's on a non-home network. This can be solved by allowing connections to "Any Network." Not an issue for me, but might affect some people.

The GPS doesn't work too well in built up areas, even with assistance (where the local mobile basestation provides which satellites can be reached from the area). If you're in an empty field you can get lock without assistance but then you might be waiting anything between 30seconds or 30 minutes. I find googlemaps works better without GPS enabled. When the GPS does work, you can use it from log your running regieme to turn-by-turn road mapping with Wayfinder. Wayfinder (subscription needed) did work well on a quick drive to Wales and it even tracked my progress for reviewing later in Google Earth.

Battery life is ok. When I use it (with gmail, operamini and skype open all day), I use just over 50% each day which means a daily charge is needed. When I leave it alone on HSDPA network, it lasts 2-3 days on standby. Unfortunately my operator has locked out the 3G/2G switch for commercial reasons.

The phone reboots every now and then, but then again I am stressing it by running three java applications simultaneously all the time. I wanted the simplicity of the basic Sony Ericsson OS but I think I have now reached the limits of non-smartphones. So to conclude the phone has been very good for the past year. Great travel companion, WiFi allows hooking on to local cafes to send your emails and allowed me to capture moments I might otherwise have missed. Next phone may be an LTE Android though!

Imagine: being always on

I came across an interesting prediction whilst researching for a presentation: according to the Nokia Siemens Networks, by 2015 there should be 5 billion people 'always on'. This is a pretty amazing feat that will happen. Simply put, 5 billion people will have permenant access to the communications infrastructures (telephone and internet). This will be achieved by manufacturers selling low-entry mobile phones for $10 and networks expanding to the remotest of places, making it affordable and available to a wider audience and communities that used to be cut off from civilisation.

Along with the relentless move to 'always on' mobile connectivity, the greeting my phone (shown below) gave me a few weeks ago might become a common occurance! :S 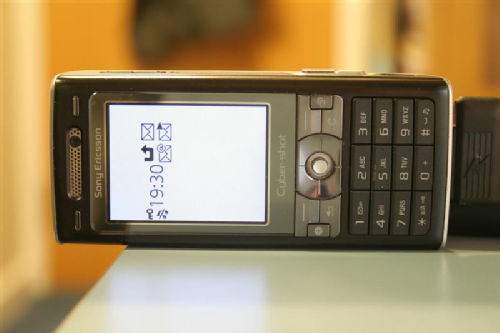 You have a missed call, Unread SMS, MMS and email... argh!

Imagine: life with just a pen

This is the time of the year where everyone moans about essays, dissertations and exams. But can you imagine things 10-15 years ago where the average student probably didn't have a laptop or maybe didn't even have their own computer to use. Essays written by hand and not on a word processor. Research done exclusively on books without the aid of search engines and stuff like google books. Must have been tough! And yet we still moan... 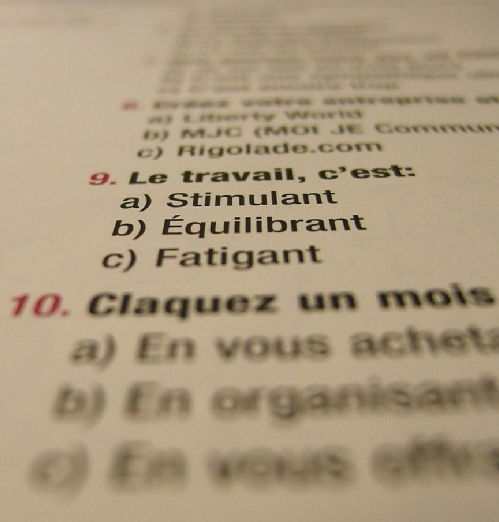 Just when I thought deciding between the Asus EEEEEEEEE PC and the HTC TyTN II (aka O2 xDA Stellar aka T-Mobile mDA Vario III) was difficult enough, there's now another one to add to the mix. I want that shiny thing pictured above. Looks like SEM have done the wise thing and dumped the rubbish Symbian OS and are installing Windows Mobile instead. Copying the HTC angle-sliding screen design, should be a hit. The only problem is its only got HSDPA but no wi-fi (according to the spec sheet) (update: it does have wifi!). It will probably out at the end of the year - hopefully when I'll have some money to afford one!

No Service is normal service

Its now been 2 weeks that my Resnet internet connection to my campus room has been inactive. Its basically some duff CAT5 wire with poor SNR. The response time needless to say is slow - primarily because the network guys wouldn't believe the problem wasn't to do with my computer until I carried my desktop down to the service point to prove it was fine. Still the nice guys down at service point gave my system a full valet interior cleanout with the compressed air, so it wasn't a total wasted excercise. And now networks are too busy moving offices to deal with calls.

Due to some guy trying to sue IT Services to claim some money back for ridiculously poor service in 2005-2006, ITS have changed their T&Cs to basically look like a charity who offer free internet at no obligation to the end user. So refunds won't happen. Still the nice people at the service desk do their best. But I what I really need is authorisation to use a switch and a very long piece of cable!

Fortunately before coming back to campus I got a data tariff on my phone, knowing that one day I would need it. Unfortunately I've hit the upper end of the data limit! Got to slug it out for a bit longer...

I have notice a huge flaw with my phone. Supposedly, the best thing about 3G is that you can be on the internet and have a phone call at the same time. Unlike 2.5G GPRS which is like a V.92 dial-up in terms of low bandwidth and (lack of) connection permenancy - you can't receive calls when you're actively on the internet.

On my SEM K800i I find that even with 3G good reception, I get awful call quality, because it can't handle a switch-circuit voice call and data at the same time. It keeps dropping a lot of downstream switched-circuit voice data - and I can't hear a damn thing. This means I have had to stop using push email (which maintains a permenant internet connection to the email server). I have no idea whether this limitation is due to the phone itself or UMTS technology. Has anyone else experienced this problem? The 7" screen is good enough for general surfing, reading and note taking. What really surprises is the fact that the 800MHz processor with 2GB RAM is enough to run Vista Aero interface. And its not sluggish either. I managed to use LogMeIn to remotely connect to my home desktop over HSDPA without any trouble at all. Despite the sluggish ping time of 130ms and slower 1Mbps sync speed (up to 6.3Mbps in T-Mobile UK Nov-2007), the response was really good and totally useable. MSN webcam video call struggled a bit at 2fps though.

I'm now thinking about getting the Asus EEE PC when the 8GB version comes out. I can't find a decent smart phone and this mini-laptop is a bargain at £220 RRP for what it does. It would pair up nicely with my old K800i (no HSDPA though).

T-Mobile UK Web 'n' Walk is a nice and speedy service. Chris has said he's seen it sync at 6.3Mbps. Another reason it is so fast (besides HSDPA connection) is the fact T-Mobile have a transparent image proxy that compresses all images until they are really really small and subsequently really really awful in image quality. This is fine for adverts, banners and picture titles and phone browsing, but starts to get annoying when you're using it on a UMPC or laptop or PC.

The simple fix is pressing CTRL+F5 to force a non-cached refresh. Fortunately there is a way of modifying the headers permenantly using a simple add-on for Mozilla Firefox as discovered and documented in this awesome guide.

Unfortunately I haven't found a way of modifying headers in IE yet.

Not a bad phone, but not a great phone either. Its basically the prada phone in 3G with a newer camera. There's some promotion going around campus whereby you can borrow one for a few hours - so I took them up on that. I was immediately impressed with the HSDPA connection (primarily because I've never used one before). Loading clipped webpages at 3.6Mbps was certainly fast. The camera is 5MP and is ok. It has some very high ISO operating values (but obviously a lot of noise too). Overall its quite well specc'd. The problem was the interface, the touch screen wasn't as sensitive as say the iPhone, and iChris said the handwriting recognition was much slower than his old Sony Ericsson W950i.

I guess with a little bit of familiarisation, the Viewity would be good to use. I recommend trying it out to see if you can live with it before committing to it.

Technologically I think the iPhone is a bit backwards: lack of MMS functions, no video recorder, no keypad, no 3G, no HSDPA, but it does have a nice touch screen. Score! Needless to say, iChris is off to iBirmingham to go to join the iQueue outside an Apple iStore to purchase a £900 iPhone iContract.

Personally I think its going to be a hit today. The problem is there are too many Apple Fanboys in the world who relish the chance to pay £900 for a phone. Imagine what you could buy with £900. You could buy a laptop AND a regular 3G phone.

The other actual Chris (without the prefix i) reckons it won't be as a hit as the hype makes out because:

the people in the UK are smart enough to know that EDGE is whack!

Revolutionary yes, worth it? No. Wait for iPhone II.