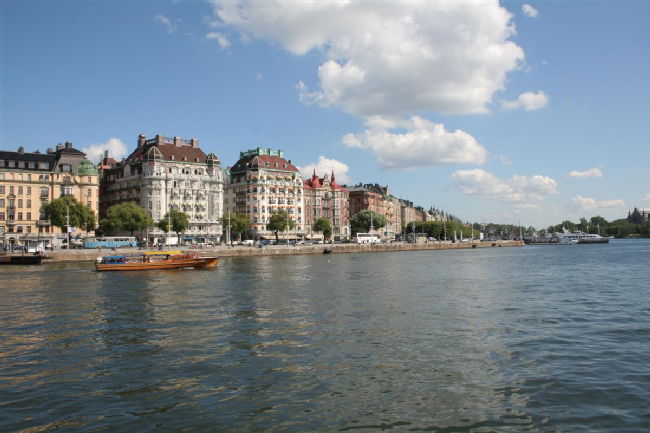 Bored and can't sleep? Here, have a picture 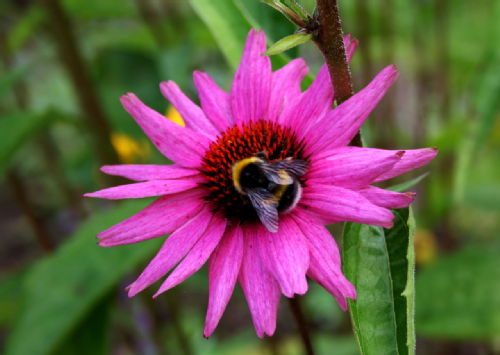 Last Thursday, whilst it was dark and the air still had a damp metropolitan smell to it, I departed the subdued and semi-awake London, I headed up towards Stansted at 5.00am. Check in was long (no suprise) even at 6.30am, flight was boring (no surprise). As soon as we landed the sun was beaming on the beautiful Scandinavian plains. Stockholm Skavsta, like all its airports are no where near Stockholm. So a coach ride put me right in the centre of town. I rendezvous’d with Hanna at the bus station. It had probably been almost a year and a half since I had last seen her, so it was very nice to see her again. Despite living on 4hrs sleep and the time was 14.00, we wasted no time in going back to her sister’s flat to dump luggage and set off for sight seeing.

Stockholm is based on large islands seperated by the seas, so any walk outside will normally be quite picturesque (eat your heart out Lakeside). We headed towards the ‘must-see’ old Stockholm, passing a few landmarks on the way. Old Stockholm is full of colour and character. The streets are narrow and the buildings are tall. After more walking around most of Stockholm by 7pm (its small enough for walking everywhere), we took a paddling boat up and down the sea by Djurgården seeing the alternative view of the city from the water before we met up with Victor for a nice dinner on a restaurant that sat by the side of the sea. He explained why he liked it in Stockholm and the cultural differences between the British and Scandinavians. I think he summed it up very well:

In Britain, people are more polite but in Scandinavia people care about each other.

Longshot: For those of you who know Victor who graduated in 2005, he’s now busy doing a masters in Stocky, and loving it. Walking back towards the flat, we managed to find ourselves in a Kulturefest. The night was young but we went home to bed ready for the next day.

So the next day I awoke to the sounds of busy capital. The weather was once again 26 degrees and fine. Hanna prepared the typical Scandinavian brekfast, which was pretty much the same style as I normally eat at my sister Nadia’s, except for the selection of 3 butters, 4 cheeses, 5 veg, 4 cereals, 4 milks/yoghurts and so on… Hanna and I got stuck straight into the City Hall straight away. A nice guided tour of the building which was very abstract for its time and contained many elements from other European styles and cultures. From the picture of the ceiling below, you can see it has been designed to look like a viking ship upside down, as the vikings used to hold meetings under their ships. After City Hall we headed towards the Vasa Museum, which is a huge war ship from the 17th Century that had sunk on its maiden voyage (eat your heart out Titanic) and salvaged in the 1960s and put on display. Interesting fun for everyone including enginerds like me and historians. The sunny afternoon was spent in Skansen park, incorporating a zoo, historical buildings and homes, and workshops all showing the culture in the 19th Century. So I was now quite knowledgeable in Swedish culture and history. The park is vast in size and you can spend pretty much a whole day there – a very nice place to walk around. The guy who created it bought many houses across the whole country and literally moved them to the park. Along with people dressed 19th Century style with pottery, glass making and a variety of animals from elks to bisons to seals. We ended the day with our little barbecue in a park closer to home. As the temperature dropped we headed in to the appartment to watch trashy movies on TV3 which almost became a daily ritual over the following days.

Saturday we headed back to Hanna’s hometown of Motala in the South East. 47th largest town in the country. And she lives in a farm estate just outside of it. After meeting her family at the beach house at the edge of that big lake, Hanna and I headed to the town for a cycling tour with her coach. However, me being the non-athelete kept falling behind, and I didn’t see any of the scenery or local areas – primarily because I was too busy staying alive… and respiring. It had started to rain by now. We headed back to her beach house a swim in the lake – I’ve never voluntarily gone for a swim when it rained – hey! first for everything – needless to say it was er… refreshing! The evening was finished with a tasty dinner with the family – her mum cooked a fantastic lamb roast. The family were all fantastically welcoming and hospitable, with jokes and anecdotes shared over the table. I pretty much blended into their family life over the next few days.

The rest of the time was spent in a more quiet manner: chilling out, walking around the countryside, forests, the town of Motala, its Motormuseum, doing my part for the Swedish Conservative Party by helping paint their campaign hut, fishing for crayfish in the lake, learning Swedish drinking songs and having a ball of a time. The tranquility of living next to a lake helped me wind down. Hanna’s best friend from uni, Helena, joined us on Wednesday. It was her birthday so we made her a birthday cake, and we had a great “crayfish party” which allowed me to put my drinking/folk songs into practice! And before I knew it, it had been 8 days and I was on the way back towards the horrible airport called Stansted, whilst Kings of Convenience songs echoed in the back of my mind. On the plane I managed to sit next to two students Tony and John from Exeter who had also been on their first trip to Sweden, we exchanged notes and tales. And as the plane landed back in England, we moaned at the boring normality that we had to return to. It was a great trip, a great country and I am extremely grateful for Hanna and her family’s hospitality and I’d love to visit again. Missing it already!

Selection of the pics I took