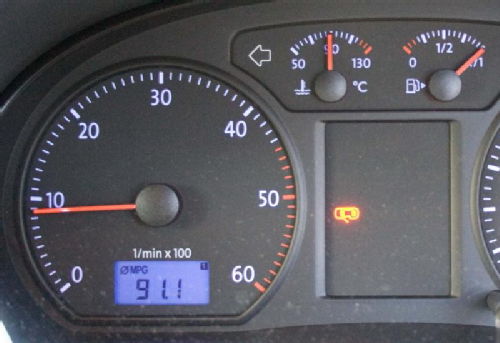 GTL diesel which is made from natural gas. Cleaner, higher cetane. Sounds like a possible solution to the energy supply problem far down the line if enough of it can be made to fuel the world. Too good to be true?

Go Live in a Tent and Eat Lentils

Today I went to a lecture by specialist in the energy and environment industry, who give a good talk about the inherent problems in the world that goes beyond oil. Very interesting, once again I left one of these lectures, realising just how screwed we really are! There's the last 140 years left of oil, that will be prioritised for plastics and pharmaceuticals. No oil left to power my Aston Martin in future :(

The only solution to the fuel crisis is to do what is says in the title of this blog entry. Overall it was a very good way to revise for my energy module :P Don't try to fix the fuel crisis, embrace it!

Go Live in a Tent and Eat Lentils is an unregistered Trademark of Chris Payne Industries.

Today I attended an Energy and Renewable Energy talk by an ex-pupil of Colin Oram. It was a very interesting talk on the current issues and problems we face. I think that CO2 is not all that bad, not compared to mercury (as Phil Purnell pointed out). But, I have come to the conclusion that there is no solution in this current world and lifestyles we live in. If you wanted a "sustainable" solution, even with you riding a bike, and living off lentils and water, that is not enough.

Your energy efficient light bulbs are full of harmful halogens. Your proposed LEDs have too much embodied energy. Your solar PVs and wind turbines have a huge carbon footprint in order to make them: so does that bike you ride. Your clothing IS the reason China is consuming so much fossil fuel. That single you bought by the latest one (s)hit wonder has solely caused THAT hole in the ozone layer (probably due to the horrible harmonics of the singer's crappy voice causing Ozone to turn into Oxygen).

The solution is, you have to trade in your TV, computers, PSP, phone, 12oz rump steaks, house for a dingy little cave and live like a proper stone age loser. And I don't ever see that happening. To sum up: we're doomed.

Finally finished. When I heard we were supposed to spend 65 hrs on it, I didn't believe it. Now after spending 6 days in front of 2 computer screens (emitting 10.8kg of CO2 to power them!) I have finished. Rob has celebrated by turning on UD to burn even more energy (but saving lives in the process).

Conclusions I can draw, are that the sacrifices to reduce my personal Carbon footprint from 909kg to 243kg, aren't huge at all. No I don't have to eat lentils and drink water, I can keep my meat, I can even keep the car. Though the car has to be switched for a 47mpg Clio 1.2 that runs on LPG (and crammed full of ppl at all times).

This project has been so engulfing, I even calculated that my bath last night caused 85g of Carbon emissions! Yes, all the 2nd year engineers are now brainwashed into tree hugging lunatics.

This won't help anyone but here are some funny clips (requirements for it to be funny are: A) you are a 2nd Year Engineer B) you're doing ES2A7 Carbon Footprinting C) you're damn bored):

If you're forcasting your Carbon footprint in 10 years time. I hope you remembered to convert your Aston Martin Vanquish 6.0 V12 to run on LPG - James Bond doing his part to save the world... at home.

Other Carbon Humour:
Nathaniel says:
success! I've hit 224kg
Chris says:
ahh p off
bet your life sucks though
_good luck on your electric bicycle eating lentles and water_
living in a tent
Nathaniel says:
lmao
Chris says:
I'll be cosy in my nice semi, using jet engine fuel to heat my hot water bottle, whilst cooking beef on the bonnet of my 4.0L twin turbo muscle car happy in the knowledge my footprint is engulfing the isle of wight

Rob, on discovering the fact that his 250kg Carbon budget was taken up by 104kg of respiration Carbon decided to come up with a new motto:
"Stop Killing the planet, kill yourself, think of the poor insects!"

More C-12 Chat
Rob says:
thats only for breathing during rest, so basically we sit there and sleep,
so no change for rach then
Nathaniel says:
lmao
Rach says:
yay.... and u guys pick on me
Rach says:
im saving the world

Along with many second year engineers, I'm getting bored with working out my Carbon Footprint. Basically there's always carbon around, so the real reason of finding out your carbon footprint is to show how much Carbon from fossil fuels you're releasing (as CO2) into the atmosphere. But can it really be that bad, when the fossil fuel came from the Earth in the first place? What happens if its Carbon-14 and not Carbon-12????

Just having a cheesed off moment, if anyone finds a nice table full of embodied energy/CO2 per kilogram of food let me know.
Normal Service will resume shortly.