The text message comes in from Fawzan as I'm transitting in Madrid (an awful experience).

Dude! guess which city featured on the World'd Most Dangerous Cities on TV last night? :D 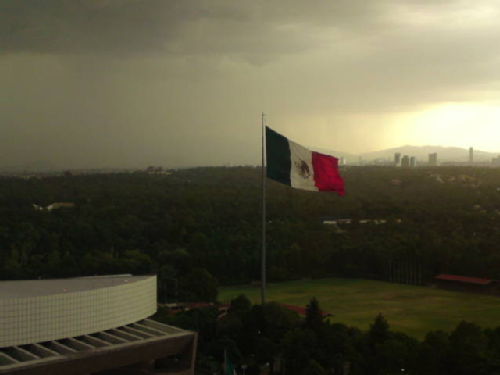 I ended up travelling to Mexico City twice (cheers boss) in the Summer of 2009. The direct BA flights were always impossible to get an economy ticket on, so I had the privilege of using Iberia on both occasions. A long 2hr flight from London to Madrid, and THEN you start your mammoth 13hr journey. I would land at 6:00am and head straight for the customer's office in des Pantalons (yep) for a long day until 8pm. Best way to start readjusting to a new clock? Reset the old one.

Now someone in the airport will volunteer to pull your light suitcase 90 or 100 metres out of the terminal for you and point you at a taxi and then expect to receive some dollars/pesos for that. Save yourself the embarrassment of having no cash and don't let them! Now I'm belted up in a worn small toyota, and the taxi driver did about 3 hail marys. I thought why does he need to do that? We're just going to downtown Santa Fe?

Argh! We're going to crash into that stationary coach in our lane!

Zipping and weaving through traffic like there was a time-limit in each lane. Our taxi would end up at exactly the same level you would have been if you stayed in the same lane. At least some petrol was wasted on the way! I don't get latin drivers.

I got to the customer site and popped into a cafe whilst I waited for the Americans. Now this is when you get the foreigner ordering something he doesn't want. I somehow ended up with a toasted soft cheese and ham croissant (gracias) and a coffee. Now in Europe you pay for this with your Visa/MC. But in the Americas the roles are reversed, they give you a dirty look for presenting a low cost Visa to them and then request you pay with an American Express.

The Americans arrive and are very grateful for my appearance and sympathetic to my long journey. They seem to need to commute weekly from Dallas (3hrs). We get along well and the day's work goes quite well working with the Americans and the Mexicans and I manage to get a breakthrough - rewarding after a long day.

Travelling around Mexico City seems fine with the locals, the small areas you go for lunch seem nice and safe, the tranquil hotel lunches and the weird Polanco hotel district seems good too. The best part is when you go out on those highways over the mountains to the other towns. Remember playing those driving games in the arcade where there are 3 lanes either side and they twist and curve along the mountains ridge? That's what it is like there.

Mexico is hot, about 25degrees but only slightly humid. And one of those places you have to remember not to drink the tap water. 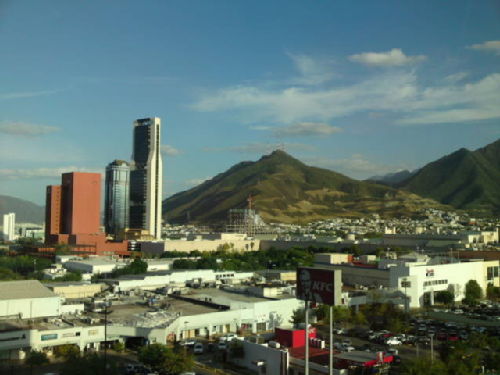 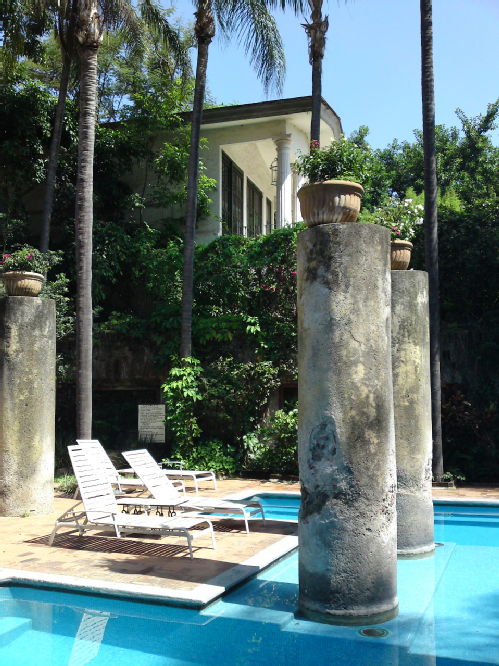 I even had the chance to go to Monterrey on my second trip. This meant a 2hr Madrid flight, 13hr transatlantic (business fortunately), then another domestic Monterrey flight 2hrs. I think that may have been the definition of tired. Monterrey is just flat land in the middle of the valley, with lots of factories inside. Everything manufacturing related was here.

I stayed at the Intercontinental both times in MX and in Monterrey. Seems more classical styled (verging on aged?). I had to extend my stay by 1 night once and the Continental was full on the Tuesday night, so was the Nikko next door. It seems the demographic of people going to MX city seemed to be businessmen. Rooms at weekends must have been freely available. Fortunately a double double-bed room was available in the W. I missed a trick not using this hotel for the past 2 stays! They had ipod docks and USB connections on all their stereos, a funky bathroom where the shower was a cup in the middle of the room and the head just popped out of the ceiling. And of course the W does not believe in frosted windows nor bathroom doors. Now I thought it was cool to have a shower whilst looking out at the city from the high vantage point, but the American's room had no frosted windows in the actual toilet part! So his party piece was being able to tell people that he would be sitting on the 'throne' and have an unbridled and amazing view over the city.

I would say it didn't feel too dangerous when I was there. Admittedly I was at Polanco where the cream of the crop seem to hang out. But the odd local lunch place we went to seemed nice and fine. They said it was probably the North of the country which would be the most dangerous. And everyone I met were very nice and friendly.

So I leave you with some tips: