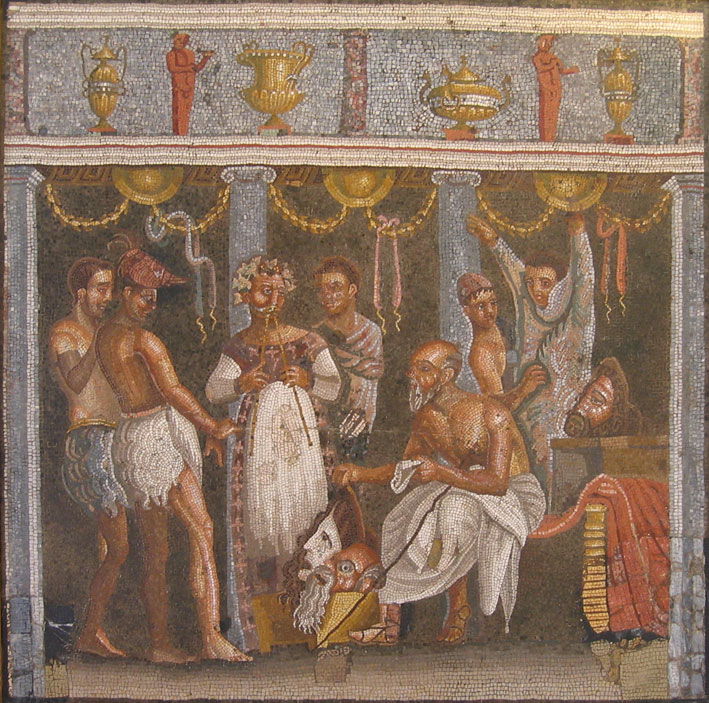 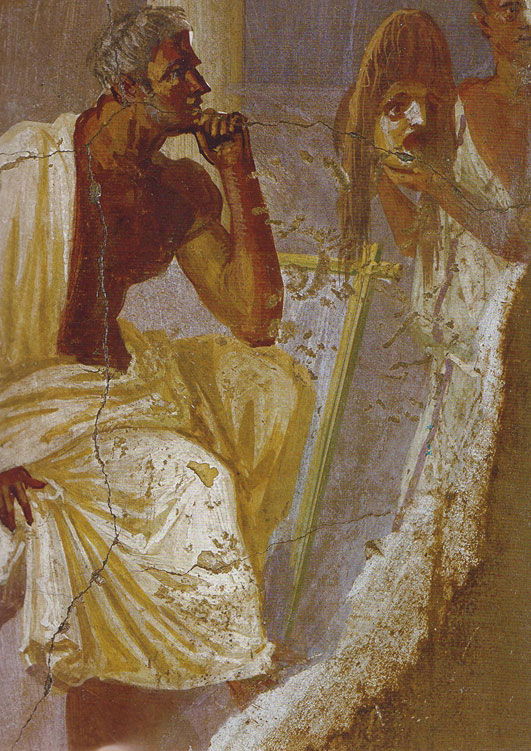 1. Working in pairs, review a selection of images from the Web Resources page.

It is difficult to be entirely sure of what the paintings are depicting, but it is likely that they portraying myths rather than plays because there are no references to contemporary theatrical conventions in the paintings such as masks. Also, as mythology was central to ancient greek culture, it is likely that a variety of art froms would have been used to depict it.

As ancient greek theatre was based almost entirley on mythology, the vase paintings show scenes that might have been created on stage. The paintings also show great physicality, reminiscent of the energetioc dancing of contemporary plays. However, the paintings include images of women and live animals, neither of which would have been seen on stage, so they cannot be entirely relied upon as evidence of ancient theatre practice.

2. View digital visualisations of the 5th-century Theatre of Dionysus in (a) the swimming pool – Greek Drama Gallery, and (b) the Theatron Module.

To use the Theatron Module:

go to >Delivered Applications >Viewers >Cosmo Player, and double-click on the Cosmo Player icon
still in Delivered Applications, go to: >Applications >Theatron, and double-click on the Theatron icon in the right-hand window.
Password: UOW_UKIPA
Once inside Theatron, see the Phlyax stage in the 'Temporary Stages' section.
i.The 4th century B.C.E. Phlyakes vases from the south of Italy show temporary wooden stages which we believe are similar or identical to those that would have been used for comic performance in the 5th century B.C.E. How adequate or appropriate would such a stage have been for the performance of tragedy in the 5th century B.C.E., in particular the Eumenides?

6. Taking into account your findings in the above explorations, suggest one or more ways in which the voting scene, and the final hymn by the Women of Athens have been staged in the Eumenides