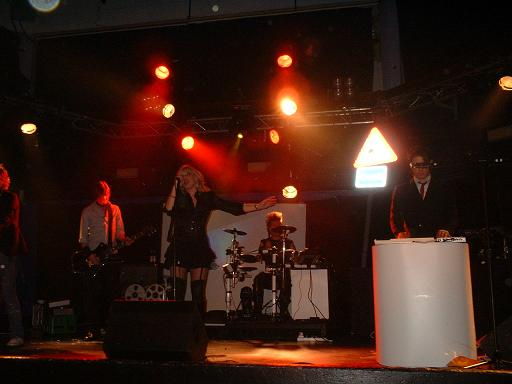 Where did the guy on the right learn to play the fridge?

It does look quite a nice fridge, I think I spotted a 3 star rating on it. This means it's a good way better than the usual fare we students put up with, which generally are cupboards with a fan in the back powered by a poor little boy rescued from a sweatshop floor.

Random fridge fact: Fridges were invented by Australian Frank Richard Idge, who gave his name to his creation.

I went to that fridge shop – Selfridges – and found the appropriate model to get a closer look. It boasts a varity of light colours including white (standard), blue (for, y'know) and black. The inside is twice the size of the outside meaning you can store plenty of food. Things you might want to put in are butter, milk, certain vegetables and your girlfriend/boyfriend to preserve their youth. It sells for £599.