A rather typical Canadian Grand Prix, don't you think? It wasn't boring but for some reason I felt really sleepy whilst watching it and was in a deamlike state, so I'm not entirely sure what happened. Karthikeyan won right?

Due to the evil Sith lords at ITV I didn't watch qualifying until Sunday morning. I recorded it rather than staying up late, it was only a recording anyway so I didnt think it made much difference when I saw it. Given that they've only just gotten rid of the farcical Sunday qualifying session and that I never managed to follow a single one of these via radio or internet, and certainly not on TV - heaven forfend we should get to see the crucial part – I'd consider this to be quite ironic. Actual irony too, not mere coincidences as we have to suffer from Brundle and F1 Racing.

A couple of weeks ago I went to the F1 test at Silverstone with Warwick Motorsport. Even though I'd been to the Grand Prix in 2001 I was completely blown away by how quick the cars were. it was amazing! When we first got there and saw the cars for the first time it was as though someone had pressed the fast forward button. I was half expecting everyone around me to be moving around really quick and talking like chipmunks. Indeed Alvin, Simon and Theodore were there, well Simon was at least.

For some nice pictures, lookie here

I was wearing my purple and black hat at the test, so I was rather hoping that one of the drivers would turn up in Montreal with a new helmet design saying "At the Silverstone test I saw this guy wearing a for sure purple and black hat by the side of the for sure track and thought he looked really cool, so I had to for sure copy the design. If the person in question wants to ring up my people he can have free tickets to all the remaining Grands Prix this year… for sure." I was most disappointed.

10pts Tiago Monteiro: Martin Brundle was right, it was so hard to pick out a great drive from anyone, so Monteiro gets the big score on account of being on of only two drivers – take a guess who the other is, it's quite unbelievable – to finish every race so far. That and it's just comedy to giv ehim such points.

8pts Juan Pablo Montoya: He made a pigs ear of it in the end, but he gave Raikkonen food for thought, given how sensational Kimi is at the moment, you can't help but be impressed. But on the other hand: 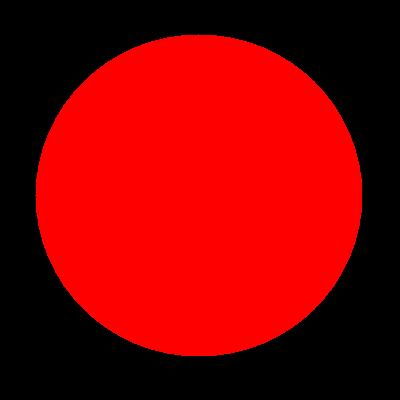 That kind of thing is hard to miss, though I suppose Montoya was probably seeing red anyway after messing up by not pitting, so wouldn't have noticed a little more.

6pts Michael Schumacher: It was a weird performance from him, in that he doesn't usually inherit places - there aren't usually many for him to inherit. But he didn't stuff it into a wall or forget his mirror-signal-manouvres, so he's deserves some credit.

5pts Christijan Albers: I very nice performance in qualifying, it takes you back to the days of Alonso sticking it to the Benettons, unfortunately with Albers I fear this may be the exception rather than the norm.

4pts Felipe Massa: The other driver to finish every race. I told you it was unbelievable. Another strong drive, all those spins at Silverstone 2002 seem a long time ago.

2pts Giancarlo Fisichella: Nevermind JFK, this is a real conspiracy! Renault seem determined to screw things up for him wherever possible.

-1pt Jenson Button: A very nice pole position, but it was all downhill from there unfortunately. Perhaps he paid too much attention to the whole "Champions Wall" thing and thought it might help his chances. I'm not entirely sure that's how it works Jenson.

10pts Sauber: I've been really harsh on them recently but they were pretty good in Canada, if Villeneuve can qualify eighth they must be doing something right.

8pts Ferrari: Not quite the revival we might have expected but you can't slag off a team with two cars on the podium that much.

6pts McLaren: It's boring, but they are quick. I'm still not sure what happened with Montoya and the safety car, but they were making for an exciting race beforehand.

5pts BAR: A big improvement from Nurgburgring – it would have been hard not to be I suppose. Plus they used up two lots of bad luck with Sato's car so should be clear for the rest of the season.

4pts Minardi: Another race and another time when Minardi show up more establiushed rivals.

3pts Red Bull: They were slow, they were outqualified by Minardis but they still got three points. It's a mystery, but if they were still green they probably wouldn't have got past the first corner.

2pts Williams: Hey, what do you know? Williams can blame their drivers for not doing as well as they should. It's Ralf and Juan all over again.

1pt Toyota: I really can't think of anything they did in that race. Seriously. Oh well, may as well give them a point.

-1pt Renault: For their anti-Fisi conspiracy.

-10pts Jordan: It's just one big mess. Then they try to fall out with their best (and very well funded) driver. It's not smart.

1pt Me: For brilliantly timing my laundry and watching qualifying, so that after watching the session whilst my clothes were in the drier a was back at the launderette just a few moments before the clothes stopped spinning. That's the sort of timing Juan Pablo Montoya could do with learning.

Follow-up to Tuesday from Bloggle

I had the dubious pleasure of being in a PE lesson today. It made me remember why I hated the subject. They were playing quick cricket and it looked a little too energetic for my liking. It did give me a chance to make some lesson observation notes though. In maths lessons I'll usually go around and help kids who are stuck, but obviously that's not necessary with PE, unless they were to get physically stuck in some gym equipment say. I'd imagine that's quite rare though.

The highlight of the day was observing a really rude Year 9 class. They were horrid! Well I suppose it was only a few class members bringing the rest down, but they certainly weren't going to win any "class of the year" awards. There was a virtually constant stream of pupils being sent out, at one point I could have sworn there were more in the corridor than actually in the class. Lovely.

I've been in school three days now, and some of the pupils are starting to recognise me. It's quite nice hearing "Alright Sir" or "Hello Mr Walker". Of course not all pupils are so pleasant, someone asked me if I was in Year 8. No! Honestly, do I look like I'm 12/13?

It's got to be said that children/teenagers say some pretty weird things. I happened to overhear a conversation in one of the classes I was in which featured the excellent quote of "I'm only a lesbian with one person." What?! I wonder if that means I'm asexual with around 6 billion people then. Another bizzare thing was in a registration in the afternoon the children responded with "Good Aftermorning". Which was rather amusing.

The "aftermorning" was spent mainly doing adminstrative bits for the scheme I'm on, which was writing my log and filling in some lesson observation bits. Not terribly exciting. I also had a discussion about the role of PSHE, which is PSE with extra "Health". It was kind of interesting I suppose. At school I always thought it was a waste of time, but I think the main benefits are to children from less affluent backgrounds.

After getting back to campus this afternoon I spotted lots of people in Tuxes in preparation for the Final Fling tonight. So I didn't feel quite so silly dressed up all smart for school. In fact with a shirt and tie I was almost dressing down.