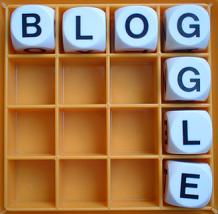 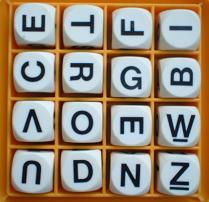 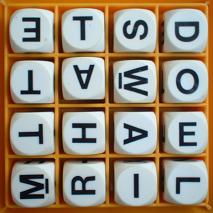 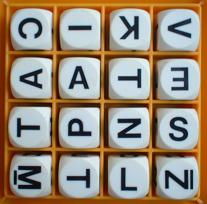 10pts Ralf Schumacher: A first alternative win for the other Schumacher. Similarly to his performances in races, hes notched up lots of minor points finishes, including four consecutive single pointers. The conclusion to be drawn from this is that he deserved a good score, but thanks to this bloggers anti-Ralf prejudice he had to make do with one measly point. However, a podium and hunting down older brother was pretty impressive.

6pts Juan Pablo Montoya: He should have won. He thinks so at least. Mind you, he seems to think he should've won every race ever, Brazil 2001? Montoya's. Indianapolis 2003? Montoya's Monaco 96? Montoya's. Donington 93? Montoya's. etc…

5pts Nick Heidfeld: Another of Heidfelds sneaky performances where he somehow wrangles up in the points and ahead of Webber. Its a mystery how he manages it so consistently.

4pts Kimi Raikkonen: Well, he did win the race after all. Though once Montoya had gone out he could have pushed it home, which given McLarens reliability record wouldnt have been all that surprising to see.

3pts Christian Klien: Thankfully hes got another crack at it. I know Red Bull are into extreme sports but allowing Kliens last race to be a barrel roll wouldnt be quite right.

2pts Mark Webber: Back in the points at last, though he did nearly cause an oil crisis by putting half the worlds petrol supply in for qualifying.

-1pt Rubens Barrichello: Out of Ferrari and out of the points. Hed have been way behind Schumacher even without the problems at the start, I reckon he just pitted to draw attention away from what he knew would be a poor performance.

-2pts Jacques Villeneuve: Given his two most recent performances it must be concluded that Villeneuves looking to go back to America in NASCAR where you practically get points for bashing into other cars.

-5pts Takuma Sato: His first points of the season, but all that did was to highlight to me how poor his performances have been.

-6pts Fernando Alonso: The incient at the first corner was probably Ralf's fault, but not terribly impressive. The championship is Alonso's to lose and if he keeps going like that he will lose it. Incidentally I was watching the IRL and the commentator drove me mad by repeating over and over the phrases "It's Wheldon's title to win" or "It's Herta's race to win". It was bad enough getting the phrase all wrong but he must've repeated it around seven times (no kidding). It makes you appreciate James Allen a little more.

-8pts Giancarlo Fisichella: It's testimony to the pooor directing of the coverage we receive that it was so hard to tell whether Fisi had gone off again or we were seeing a random replay.

-10pts Jenson Button: According to Button BAR are way ahead of Williams. Button finished about ten seconds ahead of Heidfeld. This is not way ahead. Ergo, his performance at the Hungaroring must have seriously sucked.

10pts Toyota: Anohter podium, though clearly they need the practice; the mechanics struggled to catch the champagne bottle Ralf dropped down from the podium, unlike the slick job Ferrari made of it. Mind you, Ferrari have probably got an R&D department specialising in champagne bottle dropping/catching.

8pts Ferrari: A better performance, though perhpa smore credit is due to the driver than the car. You have to wonder what they're thinking with signing Felipe Massa. You can imagine Jean Todt's thought process. Pros: Sometimes fast, manage by Nicolas. Cons: Erratic, looks like a little school boy, guaranteed to lose No Claims Bonus on Enzo. Can anyone else hear the words "Stop-gap" echoing in their ears?

5pts Williams: A strong performance in the race. Interesting that it was at a circuit where engine power isn't so important. Strange that.

4pts BAR: Both cars in the points for the first time this season (officially). The fightback continues.

3pts Jordan: The at least managed to get the better of Minardi… eventually.

1pt Red Bull: Everything's spectacular about this team. Great big motorhome, flashy marketing campaign and they know how to retire from races too.

-1pt Sauber: They must have known Massa was off to Ferrari, why else would they set him on fire and then start adding fuel to the mix? Villeneuve was probably smart to park up on the track, I thin they were planning on doing the same to him.

-4pts McLaren: A McLaren leading the race pulls up and out of the race. Sorry, which race are we talking about here? Rumours that Fernando Alonso performed an ancient gypsy curse to make the "leading McLaren" retire have yet to be confirmed.

-10pts Renault: All of a sudden it looks like the early eighties again. Renault, with the best driver ever from a European country, make a great start to the season with the best car but manage to fuck it up somehow. Let's hope not.