Cycling to the windmills

When the sun shines brightly as it did today nothing beats a good bike ride. So what to do was never in question, only where to go. I'm sure Warwickshire is full of lovely places, unfortunately I don't know where any of them are, so I plummed for heading out towards a sleepy (pun intended) sounding place called Napton on account of there being a windmill there.

I got everything packed up and ready to go, including putting on sun tan lotion from a bottle I know I've had for at least two years. Perhaps I'd be aswell to pour water on my arms. No matter, I seldom burn anyway. Off I went.

I don't mean to be insulting to the Warwickshire countryside, but as someone who rides primarily in the Peak District it's a bit dull. Everywhere in Warwickshire's called Birdingbury or Long Itchington. It's all very quaint, but I'm used to aggressive sounding names like Burbage Rocks or Froggatt Edge or the Lord's Seat. Names like that really inspire you and you don't mind cycling up massive hills to see them, whereas, say, Kites Hardwick, apart from sounding slightly comical doesn't exactly draw you in. What's Kites Hardwick like? I have no idea, I'm sure it's a lovely village but I really can't be bothered to go, though thinking about it, a pciture of the sign for the village may be nice.

I rode along quite merrily enjoying the fresh air, but not feeling terribly excited by my surroundings. I did, however, see this nice sign:

I really liked the one at the bottom, all that was missing was a little person in the cabin throwing up their hands in disgust. Soon I came to these pleasant looking canal locks: 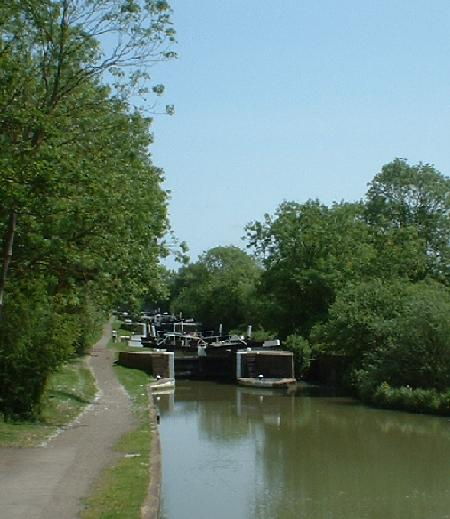 This is certainly not something I'd expect to see in the Peak District. Who knows, maybe they did try building a canal once but had to close it down because it scared the hell out of people in boats flying down hills at a hundred miles an hour. Regardless, I don't imagine anyone will disagree with my saying that canals locks are pretty.

Before long I'm in Napton-on-the-Hill. There's a number of places with similar names around here. I find it a trifle optimistic, they're only hills in the sense that those things you see on crazy golf courses are windmills. Speaking of which… 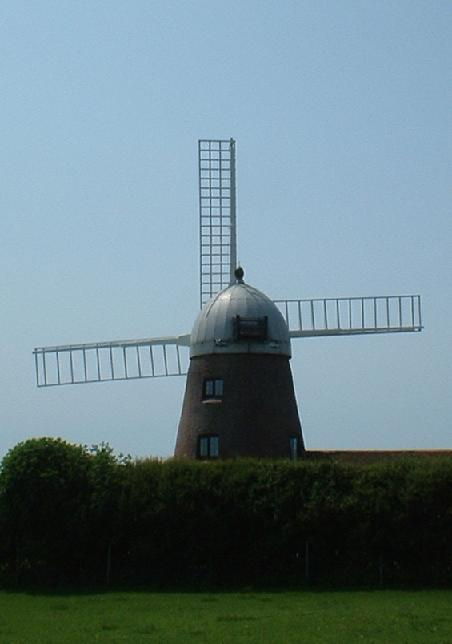 I'm not sure why I love cycling to windmills so much. Perhaps I'm hoping I'll be magically transported to Holland and I'll ride up and a beautiful Dutch girl will come out offering me a nice cup of tea and she'll invite me in and say that her bed's faulty and she needs someone to take a look at it, I'll do that, fix the problem and be on my way. What were you expecting me to suggest might happen? Some people have dirty minds. Here's another picture of the windmill from a different position: 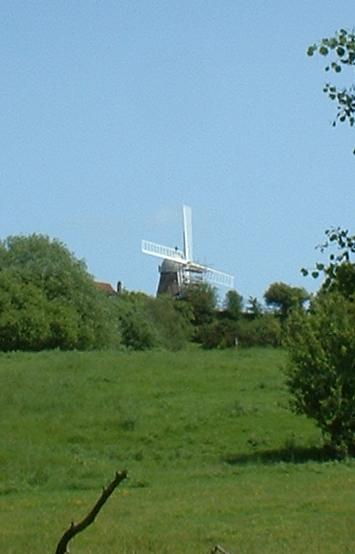 Napton was more or less what you'd expect it to be, though clearly whoever founded the village has a sense of humour: 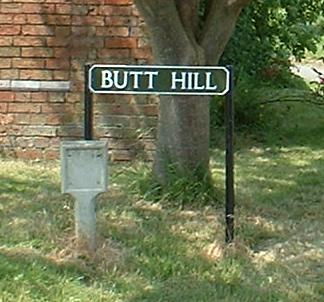 I'm so mature. There was also a rather intimidating looking church, check out my bike rides gallery if you're interested, and yes, there's more windmills in there. I think I'm turning into Jonathan Creek.

All this had only taken until lunchtime so I decided to go a little further to a place called Hellidon, care to guess why? Yup, it's got a windmill. I continued without getting lost, I'm used to doing so, which made this experience slightly perculiar, as though I'd forgotten something. I couldn't get that near to the windmill though, and it did appear to be lacking something, see if you can figure it out from the picture: 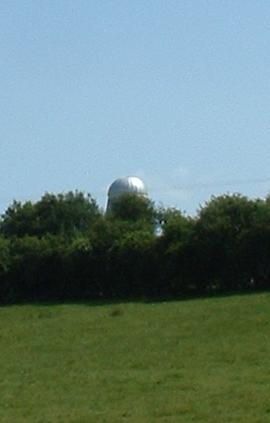 I head back towards Napton and come across this: 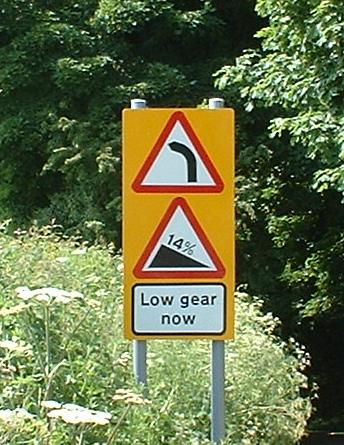 14% gradient in Warwickshire? No way! I couldn't quite believe it, I didn't think there was enough elevation change in the whole of Warwickshire combined to warrant such a thing. I nearly fell of my bike. As it happens I suppose it probably was about steep enough, but it certainly wasn't very long, so I'm not sure if the sign was necessary. Perhaps each county council has an alotted allocation of gradient signs and Warwickshire was desperate to put them up anywhere they could remotely get away with just to clear space in the warehouse.

I come through Napton again and some old idiot in a Rover (of course) parps his horn at me for riding the recommended one metre from the edge of the road. I hate it when drivers are rude like that. After he'd gone past I waited to see him check the mirror and shook my head disappointedly. That probably had much more affect than if I'd stuck a finger up at him. Ha!

I tootle along nicely and am soon home. I look in the mirror (not pretty) and notice a mark, a bit like a love bite, on the side of my neck. Heck, maybe those dutch windmill fantasies were actually real, or perhaps it's just from my helmet strap rubbing on my skin. No matter, I know which I'll choose to imagine it was.

Chav's are rude to everyone, but as a cyclists you're vulnerable to attacks from even the most cowardly little shits, seeing as you're quite exposed and a chav can drive past and shout obscenities out of their car window. Witness the spitting incident on my previous bike ride. So here is the first instalment of Chav Watch, a compendium of stupid things Chav say (or do) whilst I'm on my bike.

Today's is: Indecipherable. I was sat on the verge taking a drink when a car rushes past and someone shouts out a mishmosh of syllables. I don't think they were even words, just noises. Seriously I can't think how to possibly type it. Oh I don't know, maybe it was Chav speak for "Hello, lovely day we're having. Good Afternoon Sir." But I'm not convinced. More likely someone should ring up Twycross Zoo to tell them one of their Orangutans has got free.