All 2 entries tagged We Landed On The Moon

We Landed On The Moon! (Eponymous) We Landed On The Moon! are a quintet from Baton Rouge, Louisiana. We interviewed them a few months ago and their album has maintained on my rotation ever since – it’s a brilliant debut. The album starts with the excellent One of a Kind, crescendoing into full swing as the album goes through Everything is Fine and Simple Steps.

WLotM! display a number of styles throughout the album, with Blondie-style vocals from the lead singer flowing through influences from Blondie, Kate Bush, and the 80s indie-rock scene to create a wonderful mix of pop-rock that is very easy to listen and dance to.

There’s very little to say about the album other than you should go and buy it. Now!

BUY THE ALBUM NOW DAMN YOU

Buy it at CD Baby, and tell them we sent you

Tags: 31 Albums In 31 Days Album Audio Music Review We Landed On The Moon |

Interview: We Landed On The Moon! 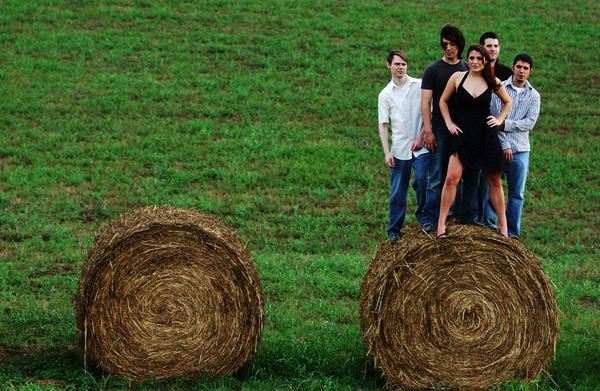 Following the release of their eponymous debut album (downloadable for UK fans from iTunes or bought in real life from AwareStore and CD Baby, they've picked up a lot of fans (including myself) on the Internet and we caught up for an interview with Melissa to find out how things were going.

(Listen to these while you're reading the interview. Magic!)

How did things with We Landed On The Moon! begin?

It began with me and John writing songs together. We just really had a connection with music. We were both raised on the Beatles and listening to Radiohead at the time. I know that’s kind of the standard in Britain, but hey, we’re in the states where some of my classmates literally had never heard of the Beatles. And a lot of people here think that Radiohead is for the stuck up people.

We wrote for a while, and went through a couple of lineup changes. And then one by one we found Ryan, Stephen, and Jon and that's when things really started taking off.

How did you come up with the name We Landed On The Moon!?

Stephen actually said it sarcastically to us when we were coming up with a whole bunch of names that were obviously taken. We just kind of laughed and said, see if the websit’s available. Make sure and include the exclamation point on it We Landed On The Moon! or he will flip though, haha.

If you could be a planet, which one would you be and why?

I’d be Mars so I could eat more candy bars

How do you think the Internet has helped promote We Landed On The Moon!?

Well, it has definitely given us some awareness that we never could have gotten just ten years ago. I mean, we’re in Louisiana and you’re in England. How cool is that? I never thought when we were writing these songs that people in England might be cruising down the street trying not to get pulled over by Bobbies while listening to our music. Or maybe on a iPod or something on one of those cool double decker buses. Sorry, I’ve never been to England so I’m just in love with all the cool only in England stuff.

We’ll get there eventually. It is amazing when we have people from Sweden and France and other parts of the United States telling us how much they like us. And iTunes is just amazing.

What's your favourite song on the album?

I know it sounds like such a cliché, but I like them all I really do. I have a couple of ones that I have stronger connection to. I like Without a Sound, the song that closes the album because we really tried to do something different with it. I also really like the punk feel in Mourning Dance. I really get to let loose in that song. Rabbit Hole has some sentimental lyrics for me too.

If you could have any guest star alive or dead to perform at one of your shows for one song, who would it be, what song would they guest on, and what would they play?

I think it would be cool if Joni Mitchell came and played Before the Lights Come Up with us. My mom listened to a lot of folk music, and Joni’s got the most beautiful voice. We’d do like an acoustic version of Before the Lights. with a piano instead of the synth and Joni fingerpicking the guitar part and singing. I’d just try to not to mess it up, haha.

What do you think you'd be doing if you weren't making great music?

I’d be teaching dance or choreographing. I still do it quite a bit now. I’ve been taking dance lessons as long as I’ve been singing. I’d also would be home loving my cats, Bobek and Aja.

I think the first album I bought was the Little Mermaid soundtrack. I really thought I was Ariel. I was very disappointed I couldn’t make my legs turn into a fish tail.

The first album that I really liked? I can’t remember because I’ve always such a big fan of music. The first album I kind of obsessed over was Ok, Computer. Radiohead is a band that I can say that I got into before anyone else in my circle or before it became so critically acclaimed. Now it’s weird because you say you like Radiohead to a music fan, and everyone rolls their eyes and says, Oh yeah. who doesn’t. 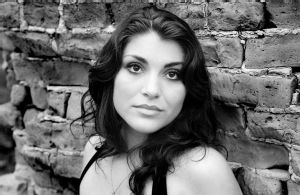 Melissa, the Internet's certainly had a lot to say about your voice and your own bio talks about the 'powerful yet vulnerable vocals of sultry lead singer Melissa Eccles'... How do you react to comments like that?

Usually, I try not to. It’s always really nice to hear. The reviews and bio, it’s just funny because I just think of me as me. And by that I mean, powerful yet vulnerable me.

Influences are first and foremost when discussing almost any music, but which modern day band do you reckon you could offer some tips to (style, technique or in just writing some bloody songs)? or are you waiting for your tenth album before making any grandiose statements of superiority?

Where do I start?

I’m just kidding, I like a lot of the new music coming out now. Not the mainstream stuff necessarily. I thought there was a lull for a bit in the early 2000s, but then I realized I just wasn’t exposing myself to as much of the music as I should. I recently started really searching for things, reading a lot, and I’ve found a lot of stuff that’s new and good to me.

I would probably tell a lot of bands to stop trying to sound like other bands. I’m not that huge a fan of emo music, but I mean, the kids are out there playing what they feel and know how to play. I’d tell most bands to broaden their horizons and start listening to more music that’s older than five to fifteen years old.

Some songs, such as Mourning Dance and Lovely, are very much reminiscent of Blondie, but others have a more 'modern' feel, for example in Everything is Fine. How would you describe yourselves to someone who hasn't heard you before?

Ah, the million dollar question. We waffled on that for a long time, and finally we just settled on what people we told us we sounded like. I think our sound really varies from song to song, and I like that. I think it keeps the listener interested. I mean, we kind of had an idea of what we didn’t want to sound like, but we never set out to sound like Blondie or synth new wave in the case of Everything is Fine. We just kind of wrote each song with the ideas and sounds we heard in our heads and went with it.

But, yeah, Blondie is really what we get all the time. I guess the girl in a dress comparison is too hard to resist. Blondie was amazing. Heck, Debra Harry is still amazing. Just a few months ago in Houston, I had a guy approach the stage and say, Has anybody ever told you that you look and sound like a young Debra Harry? I mean, if you get comparisons to a legend like that you kind of have to just say thank you for the compliment and own it.

But to answer your question, if anybody asks you what we sound like, you tell them we sound like a sexy party.

What's next for you guys?

Well, we’re going to start touring more and more. We’re going to try to do an Eastern US tour in early 2007. Promotion of this CD starts in earnest this September. We’re doing the College Radio Station thing here in the States. Should be fun to see what type of response we get.

Um what else? We’re working on songs for the new album already. We probably have about 3–5 that are in some semblance of arrangement, and 3 or 4 more that we’re playing with. We’re going to have about 30 when we go into the studio, so that will give us a lot of material to choose from.

What we really want is Virgin UK or some cool English label to sign us for distribution so we get an excuse to come play around in England for a few months. A friend of ours just toured with a band who basically just uses their band as an excuse to travel the world. That would be fun.

So all of you kiddies buy our CD so we can come and visit. I want to eat fish n chips! 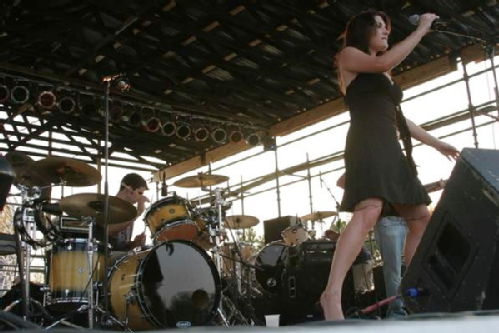 A big thanks to Melissa for the interview and good luck on promoting the album, we hope you guys come to the UK soon :) Make it happen by buying their fantastic album NOW.