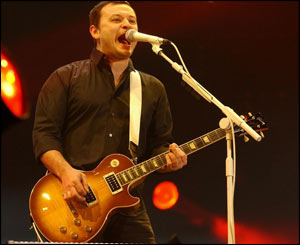 We Landed On The Moon! (Eponymous) We Landed On The Moon! are a quintet from Baton Rouge, Louisiana. We interviewed them a few months ago and their album has maintained on my rotation ever since – it’s a brilliant debut. The album starts with the excellent One of a Kind, crescendoing into full swing as the album goes through Everything is Fine and Simple Steps.

WLotM! display a number of styles throughout the album, with Blondie-style vocals from the lead singer flowing through influences from Blondie, Kate Bush, and the 80s indie-rock scene to create a wonderful mix of pop-rock that is very easy to listen and dance to.

There’s very little to say about the album other than you should go and buy it. Now!

BUY THE ALBUM NOW DAMN YOU

Buy it at CD Baby, and tell them we sent you

Tags: 31 Albums In 31 Days Album Audio Music Review We Landed On The Moon | The danger of an early release for an album is that it can slip from people’s minds as the year progresses. This I fear could be the fate of the second album from Delays, which will be a real shame if it happens. This is the classic example of why bands need space and time. So many bands recently have produced a second album which is merely a slightly different rehash of their first, maybe with bigger producers and budgets, maybe with added burglary and prison (cough, Libertines). But what if a band came band with an album which improved on the negatives from their début? You See Colours is a perfect example of the latter phenomenon which must not become a victim of the former.

As melodic and tuneful as their début was, it lacked a punch. It was the sort of music you could do your homework to, lovely, soothing but not as urgent, not as vital and the records which make you sit up and pay attention. Not any more. You See Colours sounds like they’ve had an entire jar of disco biscuits shoved down their throats. Without sacrificing a single thing which made them good in the first place, Delays have gotten better – beats you can really dance to, swaggering synths, and a sheen which treads the right side of epic.

The only real mistake that is made is the unloading of the best four songs as tracks #1-#4. Whilst there’s nothing wrong with shoving them on repeat, it does mean the more subtle moments of the album, the later tracks, could get missed out. But what an opening four! There are maybe three or four albums released this year which can hold up an opening to match ‘You And Me’, ‘Valentine’, ‘This Towns Religion’, and ‘Sink Like A Stone’. Each is wonderful, with ‘Valentine’ in particular one of the best songs released this year. No question. The delivery of the line “I heard the last night on earth is for living”is more worthy of praise than most of the other songs which have been inflicted on the Top 40 this year.

So swirling La’s-like jangle and a heavy duty dose of disco/electro? What’s not to like? 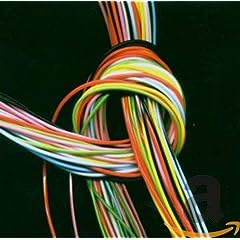