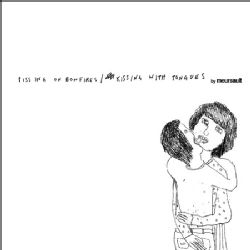 I spend a lot of time reading about music (duh) but whereas in the past I did buy and consume music magazines with some sort of religious fervour, these days my efforts are focused on the online realm – as seems to be the natural modern course of events. You have the behemoths of the online music critic world in Pitchfork, who like anything popular, have their set of disciples as well as their avid detractors, but then you can also reach down to the minnows of the same world in the many music blogs out there through aggregators like Elbo.ws. Basically what I’m trying to get at is this is probably one of the few albums (maybe even only) that I’ve bought off the strength of a single blog (Song, by Toad – link below), and one which I think is absolutely fantastic yet have not seen hit hard anywhere else.

Meursault are a band from Edinburgh that peddle (or even meddle) in that weird space between folk and electronica, that people have given ridiculous names to, but while I’ll hope not to stoop so low (although I practically already have), what I can say is that they really make and take the best from both libraries of sound, nailing an exciting dynamic throughout this set of tracks.

Seriously, listen to any one of these eleven tracks (okay, make it nine without the two connecting passages) and tell me you don’t know what I’m talking about. Opener Salt Pt. 1 kicks off a minute into its gentle intro with an Idioteque beat – only taken out of the Ice Age to warmer corners – whereupon singer Neil Pennycook appears to belt out the first verse over this sparse backdrop, and lets out a strangled whoop, before a fuzzed-out keyboard line rips it up like the Postal Service would if they actually had any balls between them. And that’s probably an apt comparison, because whereas that ‘band’ (pair? duo? couple?) had a sampled sound that felt remarkably cold and impeccably delivered, you can hear here every loose yell, every bit of fuzzy feedback from the home recordings, the clicks and whirrs as new elements are brought in and out. Maybe it’s out of necessity rather than a calculated decision, but it works so well bringing a warmness and reality to the usually harsh electronic tones.

The band have a remarkably good sense of when to let all these elements run loose, like in the delightfully messy the Furnace, replete with ukelele, Spectrum feedback and a thumping backbeat, or when a song can be allowed to rise and fall as gently as you please with no electronics to sully it, just waves of acoustic recordings (see Salt Pt. 2, A Small Stretch of Land). The standout for me for their dynamic talent however is A Few Kind Words. A simple rising melody line, chords chiming out, with the storm supplied by that returning industrial beat, a barked out lyric, when suddenly the elements cut out halfway to a 1-2-3-4 alarm bleep signalling the explosion of the song into noise and complete brilliance no matter how many times I’ve returned to it.

Neil’s voice could prove a mite too much for some folk, frequently turning to a wail to break through some of the tougher parts of the melody, but it’s hard to criticise the emotion and passion that backs up the delivery in all of the songs here (and check out some of the videos in the link below as proof of the live equivalent), especially where it rides front and centre.

It’s an album I could walk through song by song to highlight all the moments that give me goosebumps but I won’t bore you silly here. All you need to know is that there are highs that are low, lows that are loud, yells and clicks and beeps and strums and plucks and that, importantly, every track here is worth your time to listen to and, most importantly, buy.