All entries for Wednesday 18 October 2006 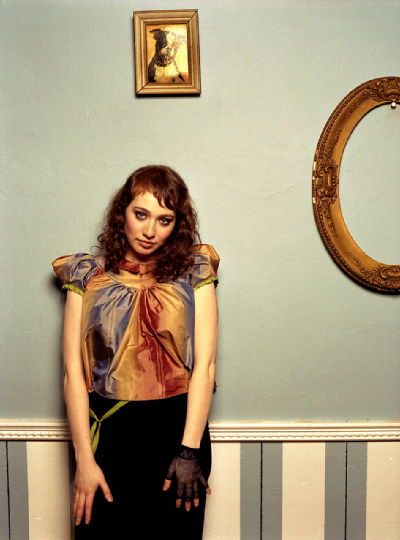 I have a confession to make.

I have totally, and completely fallen in love with Regina Spektor. I’m, unfortunately, one of the heathens who didn’t know about this amazing talent until, well, this week. I pretty much ignored recommendations from friends and now I look particularly stupid because of it. I have now discovered that Regina Spektor is some kind of musical goddess.

Basically, as the story goes, I was looking for some tracks to play on our comeback radio show last Monday and I came across one of her tracks, admittedly the first one I’d heard, Better. I thought it was okay, but in the end the track was cut from our playlist at the last minute due to time constraints. Ironically, when we were on air Natters requested some Regina Spektor but we couldn’t find any in the studio, so we said we’d play one on the next Monday. So, when I was tracksurfing on Sunday night for a playlist for the show, I found Hotel Song in one of my compilations I’d bought recently, liked it, and stuck it on the playlist. After the show, I went and ordered her album, Begin to Hope and oh my Christ, if it isn’t the bestest thing ever.

Regina Spektor is a pianist singer/songwriter from New York, but is originally from the old Soviet Union before emigrating with her parents to the Bronx in 1989, aged just 9. Her music is predominantly marked as anti-folk, a mixture of charged lyrics with a folk sound, although her influences seem to be from traditional Russian, classical, folk and hip-hop music. A lot of the stuff on Begin to Hope is more towards pop music (leading to cries that Regina has sold out) but personally I think it works really well, and certainly I think the album is a masterpiece. The most startling thing about Spektor’s style is her vocals, mixing a dainty, angelic voice at the top of her range with an almost trumpet-like lower-range that reminds me of The Dresden Dolls’ Amanda Palmer.

Oh, and by the by, sorry James, but she is also a cutie. Listen away… I have a lot of time for Scarlett Johansson. I think she’s a terrific actress, particularly in Lost In Translation, one of my favourite films (other than the end… but hey, this isn’t a film blog). Also, she is a slamming hottie.

So when I saw on Stereogum that good ol’ hot face had sung a choon on Unexpected Dreams: Songs from the Stars, a compilation of people who can’t really sing singing, I thought… “What have you done?”

Anyway, take a listen to her cover of Summertime.

My opinion? Don’t give up your day job, hot face.