Maybe this year has passed me by, but it seems like there hasn't been a decent album.

Maybe I'm still too upset by the poor outing of Van Morrison and the positively unlistenable efforts of Belle & Sebastian and Flaming Lips to search out any.

Perhaps someone could point me in the direction of some good music from this year, because I can't remember any. Jose EP, I guess.
Other? 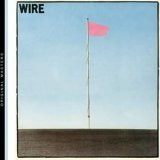 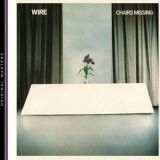 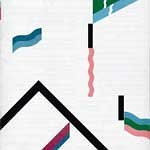 Punk wasn't about being stupid. The poor musicianship was a result of the egalitarian sentiments it espoused not the movement's principle tenets. People who sneer at any music which has the audacity to have more than three, poorly played, chords is an idiot and not punk. Anyone could play guitar. That was the point. And sometimes those anyones were quite good at it. It was allowed for people to be clever, although there was a line that could not be crossed (if you believe the hype that line was labelled "Beyond This Point Lies Pink Floyd"). 'Good' clever meant having songs shorter than the normal punk shortness (30 seconds was sometimes enough), or smart lyrics, or being daring. Doing any of these things would be enough to make your band quite ace. Rather sensibly Wire did them all.

From direct steals to the subtlest of acknowledgments, Wire have had a tremendous impact on modern indie, even for bands who probably don't realise they've been influenced. With every incident of Elastica running off into the night carrying entire riffs (or songs), to The Futureheads' disregard for traditional verse–chorus–verse, to anyone who ever decided to not even bother trying to fit in, Wire have shown it's allowed in music to be a bit cleverer than the rest. They were students, again something which some 'punks' saw as a kind of class treachery. Anyone who thinks this is an idiot and I'm not just saying this as a student.

In three albums Wire tried a massive experiment – was it possible to get in there, make your point, and leave without being pinned to the floor by your record company and then abused until you've stretched out your songs to 'traditional' sizes? As it happens the answer was "no". Ish.

Most of Wire's songs were as long as necessary. 'Field Day for the Sundays' was merely 28 seconds of joy. Sneeze and you could probably miss many of the songs on their debut, the wonderful Pink Flag. Cramming 21 songs into 35 minutes doesn't leave much room for... well, any flab at all really. Even when they decided to be a bit less frantic on their followup Chairs Missing they still sat on the suitcase to get those 15 tracks into their alloted 42 minutes.

But the beauty of all those tracks, short and not–at–all–long alike, is that they sound like they were released yesterday. Seriously. Being an evil bitch I like to play people their songs, exclaiming "they're the next big thing", and then tell them that those tunes are 25+ years old later. Riffs which are everywhere in indie don't sound out of time when you hear those who came up with them first. And lyrically it's great – Pink Flag opener 'Reuters' is a worryingly accurate sounding description of any of the world's conflicts, with it's sinister chanted vocals and the agonised yell of "rape" at the end. In contrast 'Ex–Lion Tamer' has the humour telling of the titular hero with his "three fingers all in a line". Obtuse but comprehensible. This is where The Futureheads are coming from.

And then there's their near hit, 'Outdoor Miner'. As mentioned, Wire weren't immune to record company meddling and 'Outdoor Miner' the single version was expanded to bump it up to the length of a short but normal pop song. It works, surprisingly, by shoehorning in a quite lovely piano solo to one of their more laid back numbers. Of course the record company then buggered it all up by making errors in the single's release so it wasn't eligible for the charts. There's probably a moral to this story somwhere.

Top notch short arse songs to be sampled in a frenetic surge of adrenaline:

+1 to Andrea for already being down with the Wire love.