Ah home. Home, home, home, home, home. Land of tea and umbrellas. Of cadbury's and duvets. Of football hooligans and murderers armed with claw hammers – tho lets ignore that last part for now eh? Still I'm glad to be back and in the warm radiant embrace of my computer.

I felt that in absence of a keyboard I ought to attempt to keep a diary of my holiday, using only the primitive tools of my forefathers. You may know them as a notebook and pen. Unfortunately my lack of preparation left me armed only with a biro and a used envelope. Never one to be deterrred from a challenge I set upon my diary keeping with gusto. Here, word for word is the entry for the 20th.

My punctuation leaves a little to be desired but space, you must understand was at a premium. The next day was mildly better.

Wednesday: yawned and could see breath. steam actually rose from my hands. set up tree and christmas lights went shopping entire house still frozen. almost fell asleep reading my notes hands went entirely blue. Forced to endure scrabble yet to brave a shower. finally have running hot water. had a cup of tea too. getting ill, feel all germy. slept fully clothed under two duvets and with a hot water bottle.

After that near-death experience with my developmental biology notes (leading, I believe to the resulting illness) I abandoned my work lest something worse should occur. Secondly I was running out of envelope and the biro in was freezing over. So I indulged in the full-time job of keeping warm until I discovered some paper and doodled away like a happy hermit. Some time among all this doodling Christmas happened. It strolled by in a rather nonchalent way and, not to be out-blazé-d by a mere day, I wished Jesus a happy birthday in an equally nonchalent manner. Then we each went merrily on our own separate ways. A few days later when I ran into Christmas again it was lying in the gutter, beaten and dirty, having been pimped out like a cheap whore. We had a long emotional chat over some expresso and pain-au-chocolats – but that's another story entirely.

Still, I'm distressed to have missed all the christmas television although on second thought "distressed" should maybe read "rather strangely overjoyed" instead. But managed to fit in the Goodies and the Marx brothers today which my parents insisted that I be educated in. Oh dear, what a dismal sounding holiday, I assure you it was a lot more enjoyable than it appears – I missed most of the boring bits whilst in a hypothermic coma anyway…

I leave you with my boxing day pixie doodle.

Or rather I would do if my scanner decided it liked me. :|

Bwahaha winnar! I restarted the hell out of that scanner, Scanner 1; Mia 7 woohoo :D Posting old artwork because I really should be working…

… or "Why Neither The Basil Nor The Microwave Made It To Second Year." … Is always a difficult process.

Unfortunately, and much to Jeff Gothra's disappointment WaterBadger and JamSquirrel never made it off the drawing board and it was Frederic Mozilla's creation that lept to browser fame.

Jeff's unofficially quote on the matter was:

Next week; How two students renamed their search engine from BackRub briefly to BottomFondle before finally settling on the equally ridiculous "Google".

Ok, so you want a punchline?

Follow-up to Development Essay 1 Resources from Something Random

An Englishman, and Irishman and a half-Spanish blogger all have to hand their development essays by 2pm on tuesday the 25th of october 2005…

The Englishman has his finished and doublechecked by his tutor by the previous wednesday, strolls onto campus tuesday morning, hands it in and then goes for a big cholo breakfast with his mates.

The Irishman just about finishes it the night before, is forced to cycle onto campus in the rain but manages to hand it in 3 minutes and 27 seconds before the deadline.

The half-Spanish blogger screams at her computer than goes to bed, wakes up at 5am and smashes her alarmclock with the heel of a shoe then proceeds to swear at God, herself, her computer monitor and her empty teacup before resorting to half an hour of primal scream therapy. After waking all 5 of her housemates she breaks down into tears and manic depression and throws the keyboard against the wall permanently damaging the F5 key and a small section of desk. With the keyboard now temporarily out of action she resorts to throwing another shoe. The shoe bounces in a wholly unsatisfactory manner and elicits another scream. Housemate #5 makes a noise that indicates irritation, and blogger hits adjoining wall for good measure.

After a brief pause to catch her breath she fashions a voodoo doll out of socks and declares it to be "Täald"(1), the god of 293-word-essays which she then proceeds to stab. Flashlight interrogation and water torture however, also prove unsuccessful and the essay remains uncompleted. The decorative sheepskin rug on her floor is pulled aside and a rudimentary bonfire is prepared over the pre-existing iron shaped scorch mark with the remenants of wine soaked essay notes. Täald is staked to a biro and told to contemplate the mysteries of life in the few seconds left to him while the cojones curse(2) is recited. A little shoulder devil reminds the half-Spanish blogger that notes although made of wood are unlikely to be too flammable when soaked in wine. She goes through half a dozen matches then is forced to agree. Strapping Täald to her hip with a bandana, she grabs a sharpened bic biro and wades out into the dark hallway to hunt down her furtive essay. Meanwhile her shoulder devil props up the shoulder angel on a chair in some dark recess of her mind, there is a faint odour of chloroform in the air.

She has to be careful, the essay could take almost any form and it has had weeks of practice evading her. Ten minutes later and after much deliberation, she decides that it is not the pot plant, the doorknob or the sofa; nor is it the kettle or the small bag of sugar on the worktop; her analysis of a punnet of cherry tomatoes is inconclusive.

Suddenly there is a knock at the front door. She answers and is faced by a tall thin man. He has very watery eyes and a thin moustache that hovers above slightly skewed lips. She asks if he is her essay. He replies that doesn't recall ever being an essay. The shoulder devil prompts her to poke him. She does, and also throws a teabag at him for good measure lest he be an evil spirit. The strange man takes her to a strange room where they give her tea and mozart. The tea tastes a little funny. She thinks the pictures she draws make the man look a little worried – especially the black one; he doesn't like the black one. This tea is rather strange. All the voices are far away now, they are sinking deep into the soft walls. She falls asleep and thus starts her 20 year journey through mental institutions and the subsequent rehab for dependance on "crazy pills" and a lifelong struggle with mind altering drugs. Yeah I don't really get the joke either. But I'm pretty sure I've heard it somewhere before…

1) It should be mentioned that Täald is also the patron saint of all that shit that creeps into your Ikea shopping trolley when you aren't paying attention only to be discovered as you recover from your Ikea-coma and load everything into the car "WTF?! a shoehorn shaped like a snake and a set of eight novelty placemats shaped like a fornicating octopus?! surely i didn't just pay for all this..."

2) A fearsome spanish curse that involves tying a gods cojones in a knot until a certain offending object is returned to you. In this case it also involves large amounts of warpaint

p.s. the F5 key doesn't control anything vital does it? 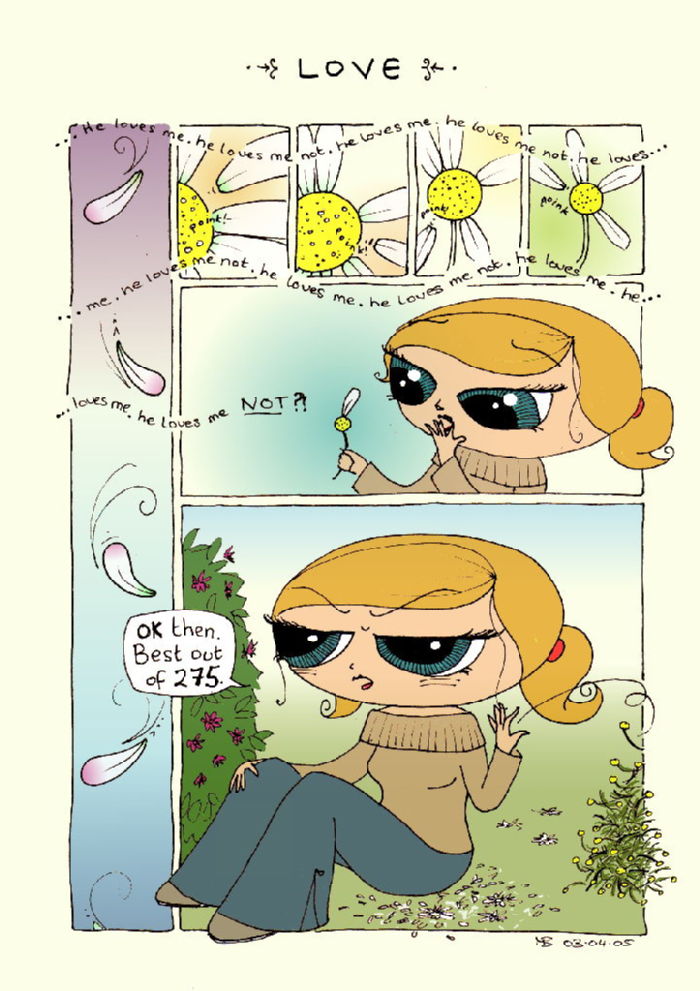 descriptive of the contents and author

Although it was going to be called "My Fucking Muffin" in memory of the wonderful day our kitchen realised we had corrupted Jen beyond all possible salvation. It had taken us 2 terms. We were oh so proud.

Disclaimer: Hundreds of muffins were harmed in the making of this blog. Biscuits were tortured. Crumbs have been shed. A few croissants had some close calls. Jaffa cakes escaped completely. Hobnobs suffered a massacre. It's all their fault for being so tasty. It's ok though, The Flying Spaghetti Monster has absolved my confectionary crimes.