The Something Random Guide to: Making A Vodka Infusion.

In this case a delicious Skittles Vodka

No doubt this can be attempted with other types of sweets but we find that the skittle-like variety work very well. Chocolate is a big no-no unless you want to drink something that looks not unlike sewage.

There are some that would claim that Tom and I make dirt.
These people are heathens and have never tried the delights that they are so quick to dismiss. When dealing with skittle vodka it is paramount to ignore these philestines who do not appreciate the fruits of your labour. And it's only because they never got to try any, the crybabies!

This makes quite a bit and is a decent amount for a houseparty.

For an extra classy look print off a label for each bottle and tape them on. You can use the spare vodka to top up the bottles until they're full. Or use it to make some lovely vodka jelly.
Nice. 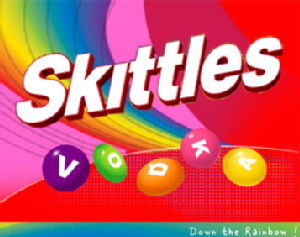 Enjoy! (My personal favourites are the yellow and red mmmmmmm).
Hopefully the rest of the photos will be added as and when I can be bothered.

EDIT: we've recently found that a single piece of kitchen towel lining a sieve works a hell of a lot better than a filter in a funnel.