Warwick Blogs, where is my beautiful box?

Call me pedantic and fussy but i loved those boxes! Why have they been replaced by these —>

It all starts with admiting you have a problem…

*stands up*
Hello. Um. My name is Mia and I have a confession to make.
Welcome Mia, now, what did you want to share with the group?
"Its actually been quite a while since I last came to one of these group things, I guess the last time was the infamous Wacom tablet incident; But I was told he did heal up nicely once they were able to remove the stylus, and the last I heard, the doctors said he was responding well to the group therapy sessions. And he dropped the lawsuit, so thats promising.
Hmmm…
So…
I guess the real reason Im here today is Im feeling a little fragile right now, I dont know how to explain it. And I think music is taking over my life. It started with the radio, then a couple of DC++ downloaded tracks, then entire albums and back catalogues. I managed to kick the habit at the beginning of year 2 but was introduced to eMule by a kind friend who knew nothing of my ailment. I have less than a GB of free memory on one hard drive and barely 5 on the other, the rest is music. If WMP isnt running in the background I get tense and fidgety. I listen to music on the way to and from lectures. If there isnt music playing I start humming and dancing.
This morning my MP3 player broke as I was leaving the house. I missed all my lectures. Ive sellotaped it but its only a temporary solution. As if this werent bad enough, its the third one Ive broken in 6 months. Oh God I think theyre going to call me in on claims of abuse! Its all lies! Ive done nothing but love them and cherish them every hour I cradled their small fragile bodies lovingly in my hands and now they're all gone. I dont know what to do. I feel hollow inside. What if they never let me have another one?! Is there something wrong with me? Im pretty sure that 1player/2months isnt normal, and to compound things the first two were gifts and the third is my dads…
Oh shit…
I cant seem to find any way to interpret this in a positive way. Every train of thought seems to lead to the same conclusion; That I am eternally cursed to break every technological thing I love through no fault of my own.
*sigh* Thankyou, I feel a bit better now.
…
Dont I get a group hug?
Er, no, It might be contagious...
Oh. OK. Ill just go sit in the corner rocking slightly then shall I?
Yeah, whatever just dont touch anything. 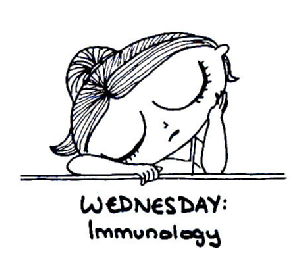 Gaaaarrrgh! Why must I be such a technological leper! Its like all I have to do is look at an MP3 player and bits start falling off. Its just so unfair. I dont go jogging or biking with it, I dont let it get wet, I dont put crappy music on it that could corrode it from the inside, Im not violent and I dont throw it about (except that one time but that was after it broke so it doesnt count). Im computer literate enough to do most tasks and everything else seems to survive. Only the MP3 players seem to have the lifespan smaller than your average tamagotchi. WTF is with that eh?!

I don't think that even the power of tea and hobnobs combined can mend this broken heart. All I'm asking for is a little consideration. Don't go around singing loudly, shaking your funky thang, flaunting your healthy, sellotape free electronics unless you want to get to know them at a very intimate level.

I could snap any minute.

You have all been warned.