The Fifth task of Hercules

A.k.a. the cleaning of the Augean Fridge.

Or the case of the fridge that smells like it is inhabited by small 1ft high invisible martian horses that spend their days rolling in a mixture of manure and half decomposed corpses. At least that is the general consensus expressed by those who have smelt it. The theory of a "Farmyard Fresh Hint of Manure" air freshener has also been put forward, but discarded based on the facts that no-one can recall buying it, and anyway, a theory with invisible martian horses sounds a hell of a lot cooler. 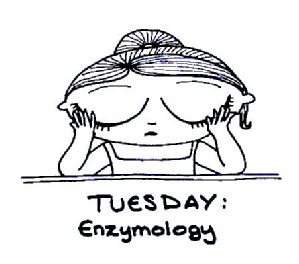 So to say that we are currently having issues with our fridge would be something of an understatement; unless your definition of "issues" happens to include mutant microorganisms immune to most kinds of household cleaner and that thrive in bleach. But understand, these are not in the cavity of the fridge like your everyday, run-of-the-mill germs, these seem to have sought refuge in the drip-tray at the back of the fridge, a masterpiece of engineering that I was blissfully unwaware of until a few days ago.

Here comes the "interactive" and "educational" part of the blog; I would like to invite you, the reader, to:

Congratulations, if you saw it give yourself a pat on the back and have a biscuit. If you're too stupid to see it then give a bark and pat a biscuit. If your fridge doesn't have a hole then it's obvously too advanced to be owned by a student, immediately exchange for one made of twigs, old socks and bits of string, powered by a badger on a treadmill and that sounds like a field of beehives – a guaranteed original talking point at houseparties I think you'll find.

"But what's the point of this hole? I must know now before my spleen ruptures from suspense!" – I hear you demand silently. Basically it's where the condensation runs down into.

In a normal fridge that is.

In a student fridge the condensation is accompanied by half a carton of single cream that fell over at the back, some coke from the can that exploded the other day, drippings from raw meat (invariably left uncovered by considerate housemates), slime from old mushrooms that have reverted to liquid form, bits of broccoli, and so on and so on…

This all accumulates and pools in a small pot at the back, lovely eh? But here comes the good bit, it is fixed to the fridge. i.e. cannot be removed. (at least that's the case with the manifestation in our kitchen, a Hotpoint-tastic "Larder 8109-o-tron" or something)

I would have loved to be in the Hotpoint workshop when they designed this intricate piece of equipment.

"OK Jeff, so you've designed a mechanism that allows the fridge to self-clean itself from pesky water droplets and the such?"
"Yes I have Frank, I think you'll find it's an engineering masterpiece that will make us millions."
"So what are you calling it?"
"A Holetm."
"Brilliant! And all the crap it removes, where does that go?"
"Well Frank, it falls into a pot firmly fixed to the back underside of the fridge, the top of which can only be reached by slight tipping and creative use of a spoon."
"But Jeff, you did remember to place it above the motor element so that it is heated to a habitable temperature for bacteria didn't you?!"
"Of course."
"Good work lad, I think I can see a promotion for you in the not too distant future…"

Short of nuking the bastards, no appropriate course of action seems to be presenting itself. Comments with tactics for attack would be very appreciated or, failing that, suggestions for what we should call our pestilent Fifth housemate. Hell, if there are more than a couple of good suggestions a winner will be chosen by democratic vote. Should it start to show signs of intelligence, and in the case of a draw, the winner will be the name that suffers the least corrosion when placed in its presence.

Wow. "Name our super-evolved growth" now that's a competition I never thought I would be hosting. So come on, get posting.