In her movies Marilyn Monroe depicted an ideal, that has persisted even through these enlightened times. She represents to a lot of men, myself included, the ideal woman.

She was sexy at hell yet kept a sort of virginal innocence. You felt you were corrupting her and not vice-versa. She had a baby doll like sexiness, which she seemed delightfully unaware of. This was combined with a touching vulnerability which made you want to protect her, and evoked a slightly taboo father like feeling that made her all the more exciting. In a sense she evoked a Lolita like desire in the sense she played up the little girl role, yet her body was all woman. One part of her screamed sex yet the other part retained a coy and naive schoolgir like innocence. I love the picture of her below which illustrates this more than my words ever could. 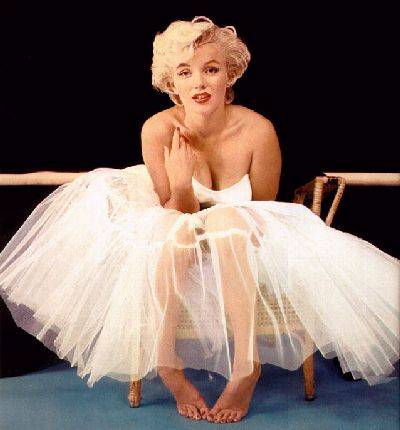 Marilyn was also a dumb blonde but the best sort of dumb blonde, one who wasn't actually dumb. But a girl intelligent enough to know how to play to the male ego and make him feel superior. A girl intelligent to know that men prefer girly women who are sweet, demure and subservient. Ditziness is one of the most appealing qualities there is in a woman and Marilyn personified it.

I shall now move on to her looks. No doubt about it Marilyn Monroe is stunning. Angelic looking with a halo of blonde hair and a wonderful blowsy look. Doll is the word that comes to mind when I think of Marilyn as she really did look like a china doll with her porcelain skin and lovely flaxen hair. Her famed hourglass figure and voloptuos curves represent in my opinion an ideal for women, and one sadly that very few women seem to follow as popular culture pushes women towards getting skinnier and skinnier. Here is what I am talking about….. 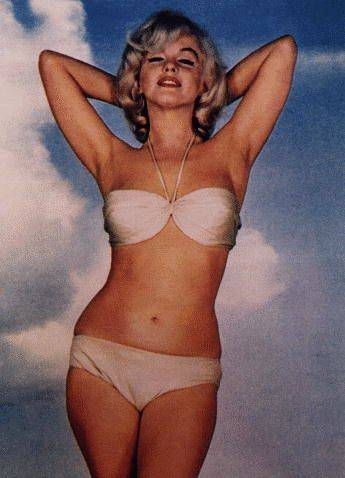 Her voice is sultry and filled with that baby girl sexiness and breathy childlike qualities but alternated with deeper breathy seductive tones that made even the most banal sentences seem loaded with flirtatiousness and suggestiveness. Her voice was calm and unhurried and somehow not quite there as if she had just emerged from a beautiful dream.

The second word that comes to mind when I consider Marilyn is SIREN. For she was a sex siren no doubt about it, one that could drive men insane and lead them to feverishly pursue them so that the most rational, logical men lose complete control.

"The body is meant to be seen, not covered up"

"It's not true I had nothing on, I had the radio on"

"The trouble with censors is they worry if a girl has cleavage, they should worry if she doesn't have any"

"I believe that beauty and femininity are ageless"

Suffice to say I adore Marilyn Monroe, and yes in case you think I am a necrophiliac, I know she is dead but she has achieved immortality through the silver screen and it is her film image that I have fallen in love with. There will only ever be one Marilyn.