P3 Follow Up 3: Tackling issues, not as one but in a group!

This week’s blog entry concentrates on the position that I currently hold in the Basketball Society, a society of approximately 25 members. The main tasks that I have been in charge as social secretary are: sending emails to the members of the society when necessary, , preparing several socials, taking part in the organisation of team barbeques and attending numerous executive committee meetings. Being part of the executive committee of the Society involves making most of the decisions together, which usually includes discussions and the obtainment of common agreements, and also requires supporting team members in the fulfilment of their role. I enjoy working in a team and I consider this to be one of my key strengths; I have been able to use this skill in my position of responsibility and it has proven to be very useful. Finally, if I had to put my behaviour among Belbin’s team roles I would say that I have been mostly a co-ordinator, monitor evaluator, implementer and a team worker, although at times I have also proven to have the qualities of a shaper.
Over the last few weeks the particular task has been to arrange the annual tournament alongside the committee, this has seen truly the use of a number of different roles to suit the different occasions. When the team lacked organisers, I adorned that role in the same way I did with the other team roles. However, the particular issue I had was in the absence of ‘Socialisers’ trying to play my least preferred roles.
Nevertheless, I have had opportunities to build on this role over the weeks with the range of group work and presentations I have had. Specifically, whilst part of a 2 member team I played the role of ‘resource investigator’ and ‘team worker’ at time, as it was vital when there was the risk of becoming isolated and inwardly-focused. Even at times when getting to work effectively was not possible considering it was nearly the end of degree and the summer, I tried to motivate the other member with inside knowledge on the opposition, illustrated the absolute need to work as the professor had a personal interest in our topic and also brought to light the need to perform the best to maintain module averages. Hence, made sure that the team’s idea would carry to the world outside the team through effective communication with different people in the course and professors.
Overall, I am making the art of judging clearly the different role players in the team and thus assess the absent roles. I have also come to play my preferred roles effectively whilst also being flexible to taken on other ones to prevent the occurrence of a dysfunctional team. 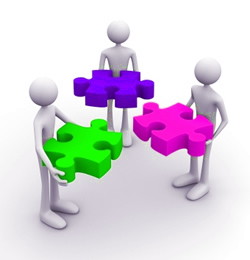