Follow–Up 2: From ‘knowing the way to learn’ to ‘Making the Choice to learn’

Follow-Up 2: From ‘knowing the way to learn’ to ‘Making the Choice to learn’

Having nearly a month to implement all I learnt as well as focus on action potentials, I have experienced both good and bad points. I can truly say I have changed as a person in my approach to people, from the reserved individual to someone who is not afraid of voicing their opinion, but with diplomacy.

Key in implementing these techniques were the groups works that I had mentioned, where there were times others wanted to do a certain subject and I voiced my opinion and made sure it was heard before the decision was made. The posture was an area I have been good at maintaining. Adding to that I have ensured I got out of my protective bubble to talk to new people. The prospect that each person is AGGRESSIVE/ PASSIVE at different times and under different circumstance was clear to me following some of the group work sessions we had. There were moments when others with really strong personalities took control of the group and dictated the work. Personally I hated this idea and through discussions ( maintain a group posture, eye contact ) I tried to exude some authority emphasising the need for everyone’s opinions. However, I noticed there were moments when I became really annoyed and having worked for longer than others, when other members decided that rather than them writing up the report, I do (as I’d be more aesthetically pleasing). I finally was able to ‘SAY NO’, something I always had a problem to do. Always previously being a YES person to everyone, thus not looking out for myself, this was a big change. It felt very different, as if I was in control and thus building my confidence. I made sure my saying NO was not rude but diplomatic by persuading everyone to input their bits into a document, whilst I take a well deserved break, after which I will compile it. Explaining to them what I can do for them and cannot do right now, as well as emphasising that we discussed who will take responsibility on each task. If they have problems we discuss and solve the issues as a group rather than me being the only problem solver, as in the past individual problems from a member concerning work would be tackled my only me. This would become a problem if the member had a strong personality, as in the case of the last module I had it was an issue. The person would come to me with the idea or issue and when I critique it they would get personal if I didn’t agree. Thus trying to be ASSERTIVE, I would pick out good points of the idea and the bad. If the person still wasn’t listening I called in a group discussion to critique it, rather than me doing it alone as with an AGGRESSIVE personality there is only so much you could explain ( as in this case the personal always took it personal).

This was a firsthand experience of understanding that AGGRESSIVE/ PASSIVE are traits that human beings elicit at different points. Thus I also understood the need to be ASSERTIVE, as clearly me being aggressive (even though I would be right in doing so) would not be positive for the group and would build a very negative image amongst the group members as well as affect the credibility of any opinions I made and cause loss of interpersonal respect.

Verbal communication is an area I’m still working on, as I have not mastered the techniques of the ’Voice, Intonation and Semantic SYSTEM’. Sometimes I have used it whilst talking, and have seen the image it reflects of myself, being calm, collected& stable. Thus, is still an area I’m working on as I’m key to implement it and thus the image it reflects. A key victory I really want to mention is the restoration of communication with a person who I had a problem with, following a misunderstanding 2 months ago. She didn’t talk to me previously unless needed to, even though the issue was with the other members in the group, not me. Through the use of ASSERTIVE measures especially the posture and using ’Voice, Intonation and Semantic SYSTEM’, she speaks with me and has increased over the past month.

On key area I’ve thoroughly improved on is ‘Leaving previous grievances out of the conversation’. This has improved my psychological mindset in being more emotionally stable and thus being focussed in generating an Assertive and critical argument or on the other hand having a thoroughly stimulating conversation with someone and generating the correct impression. The benefits of something I have seen during my interactions with people and with the increased interactions people have had with me compared to before I protruded an ASSERTIVE NATURE.

Therefore, being able to reap fruits of BEING ASSERTIVE I aim to develop the lacking areas , especially verbal communication and thus my SELF-CONFIDENCE. A general but very important trait is that now I express my opinions or feelings more. It feels really really really good, as if I am free to express who I really am. 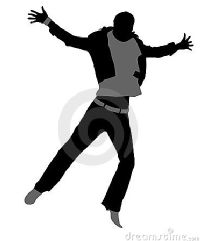 Follow–Up 2: From A way of Growing to My choosing to Learn

Follow-Up 2: "There are never enough hours in a day, but always too many days before Saturday"

As having taken nearly 20 days for my follow up to give an update on my progress, I clearly haven’t been able to completely tackle my the issue of organisation. However being a really busy set of weeks I cannot firmly say the above statement is completely true.

So in this update I have both good and bad news. The bad news is that I did not organise the work for my last module’s essay and thus ended up doing the last minute ‘All nighter’ once again, something I really was hoping to overcome, even though I finished my essay on time. The other issue is that I still have not applied for vacancies and always end up putting them off, primarily because I end up not managing my workload effectively and so am tired by the time I’m home every day. Nevertheless there are a number of good notes to brighten up this gloomy failure ridden atmosphere . I have started to implement the SMART system into my work. Though with the essay it might seem to be working poorly, it hasn’t. I have actually been able to spend all the time needed on the essay do enough reading and note taking as I started early and finished comfortably early morning, 3AM. Only draw back was the 3AM finish which I really didn’t want to do.

Another good point is that I have effectively been able to create GANT timeline for the dissertation which I will be tackling from next week. Adding to this I can honestly say I have been able to be more organised that how I used to be as I’m less stress when doing the different things I have to, as I have a clear prior knowledge of what has to be done every day. The negative aspect of this is that I also know what the latest date to leave something is, and sometimes I end up leaving it ( as in the case of the essay). Getting the every day’s to do list is very hard and is an important factor that I try to overcome every day. I have also realised at this stage of the academic year, I am a little worried about job, essays etc and thus I try to compress and fit too much into my everyday list. This could be something to improve to achieve better time management and get more organisation. Even though the CV is not perfectly completed I have completed my online Linked in profile and partly done my CV, a first step. Alongside this I have also aimed to organise my work in such a way as to allow me time to apply for vacancies by the end of this week.

A very pleasant point that I have been achieving is a healthy balance between Work time and Play time, between friends/family and work. I have also been able to set some time apart everyday just for myself to completely RESET myself. This has proved to be very effective at helping me give a little bit more to get everything done as well as that assess WORK DONE and LEFT TO DO and Prioritisation.

I believe that I am on the road to better organisation, however this road is always full of hurdles, ups and downs as well as points where I will have to give my MAXIMUM. Thus even though when reaching my threshold, I have to focus on what I have been achieving, as even the smallest victory such as the LinkedIn profile is very motivating to reach my goal of being able to organise, manage time and myself.