All entries for Wednesday 01 August 2012

P7 Follow–Up 3: Have you changed? Is TIME your friend now?

Follow-up to Follow–Up 2: From A way of Growing to My choosing to Learn from Melvin's blog

“There is time for everything” - Thomas Edison

After a month’s worth of practices and implementation chances it is about time I write an update on my progress. This time I bring good news for a lot of avenues I was working on. I must say I finally completed my CV and have applied to nearly 3 positions already. Not only the CV but covering letters as well. I was so proud of myself when I finished all of those amongst my other pieces I had to finish and the assignments as well as lectures I had to attend, without forgetting the supervisory meetings and dissertational reading.

I think it just my initial fear of all that work that was overshadowing my ideal of managing time effectively. Currently my values and personality has changed a lot, “I CAN SIT NO LONGER IDEALLY” J Before I could sit for hours just watching TV show episodes one after another following the submission of an assignment. In the last month I have gotten all my work done on time. Ensure they are not just finished but also the reports are designed well. I have also started with a new fitness regime, found time to link up with old friends, making extra time for a close friend and family as well as having a good amount of fun.

I think it is all finally coming together and am thoroughly exuberant at the prospect.

After finishing my essays I took an hour to actually set up a timeline and put up a new “Disseration calendar” to make sure I get the most of the month left for the dissertation. I have also established a new goal of getting fit alongside the work over the coming months. I must add I have made a really good start to it.

One issue I still notice is that I still can and have a tendency to actually go on a stretch watching TV shows after the completion of big piece of work. However the good aspect of that is that after an hour and a half soon my mind starting assessing what is to come. I think the idea of balance and utilising time to the best is slowly becoming a habitual aspect of me. 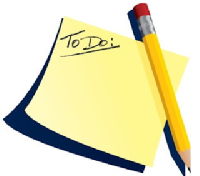 The aspect of keeping a ‘To do list’ is a mental list at times, but I am starting to write it down on the calendar I have put up. Even the exercise sessions I undertake mark it once complete to stay on track for my goal.

Using my Smartphone to the fullest, also sees me setting reminders for important event each day or even for deadlines that are far away. Recently I have been making time to talk to a new person who was not a part of the time calculation previously. I must say after the first few occasions it has become a very time consuming thing, as on occasion I would see messages throughout the day and calls lasting a good while J ( I can’t complain J but as I realised previously if I need to get all my work and decided goals for the day, I just will have to modulate the time spent talking J). Personally handling my time, I have become better at accommodating other around my time and work, redefined myself.Previously, I was prioritising others before my time and work. This has however changed with me work and time at the centre and others around it.

Writing this blog post can illustrate poor time management, however it is quite the opposite and mainly because I was laying awake and thought of the best way to use the time I have until I feel sleepy againJ . Losing sleep for the last 4 days with about 4-5 hour each day, I just decided to take some “Re-BOOT” sleep time. Considering I had church, handing in of an essay, Basketball society and a family get together for my niece last night I slept in quite a lot today nearly 14 hours of sleep…. A crazy duration but it helped me catch up on some well deserved lost sleep and reboot after all the craziness as now begins the one and only task of writing my ‘Thesis”. So just a one off…….. sleeping that much is no good for any person and I make a loss on fitness as well loose so much time, MY TIME , THAT I DEFINITELY CAN’T SPEND DOING NOTHING J

“Your greatest resource is your time”

P1 Follow–Up 3: An introduction to skills development and the Warwick Skills Portfolio

Follow-up to Follow–Up 2:An introduction to skills development and the Warwick Skills Portfolio from Melvin's blog

“Don't take life too seriously. You'll never get out of it alive.”

The last number of days have been perfect settings for the implementation of my methodology for the dissertational reading. After a thorough meeting with my supervisor came the occasions to actually print off a whole wad of journals and starting the actual and dreaded task of reading them.I must say though the methodology I initially thought about trying to get the whole picture is rather useful, especially initially starting the reading process. After reading a few pages I would try to create a mind map. I did help me start until the point I found it to be taking up time and feeling guilty thinking “Rather than wasting time creating diagrams, I could actually read up on much more!”

I still think it is a good tool to start me off at the beginning of every morning prior to starting my reading sessions; recapping the material from previous day. Adding to this I also thought after reading through all the material from an article or journal making a mind map consolidates all the read material while also keeping a more personalised overview of the text read for future reference, rather than going to the whole paper again (which would be daunting :O ). So, final views on the making the dissertational reading more visual, I believe I was over stepping the line by actually doing each page as a spider diagram. However, summarising a 15 page article into a summary diagram is very useful and helps me to retain material a lot. The best factor is the future reference one, where I will have to only read through 50 spider diagrams rather than 50 articles with 15 pages each!!!

On another interesting note, I have made progress with my action points in being more pragmatic and active. These I try to apply to everyday, especially if I’m feeling lazy or down as forcing myself to act on things with those points in mind always changes improves my mood.

My initial action point was “Backing a hunch once in a while, rather than over analysing. Allowing myself to trust my feelings more.” Even though I don’t always do things blindly without analysing it completely, following the workshop I have tried to apply it. Having the sense of uncertainty every now an then, based on hunches was quite thrilling and satisfying, the latter being true as it had made me trust my feelings a more. Just over a week ago, I was actually looking to get back in shape with fitness and health wise. After getting back on my fitness regime, I came across a tv show during which they talked about having a health drink in the morning would be really good. They mentioned “Dr.Oz green drink” which contained fruit and veg blended together. Initial idea was appealing but looking at what it looked like it was different story, but I still believed it might be good and an interesting change. So rather than following the one they mentioned I thought I’d alter it with different ingredients. Adding honey and mint to flavour it, and kind of basing the contents on what was on the fridge contents :D .

A glass of health and flavour and a very questionable shade of green. However, following my instinct during the ingredients choice process whilst making the drink, the result was surprising. “IT ACTUALLY TASTED PRETTYY GOOD” , especially my thought of adding ‘MINT and HONEY’.Adding to it, I’ve been taking it for about a week now, and it is actually helped with my general stamina and becoming leaner as well as toning up. I have seen a significant physical difference, considering I haven’t been working out crazily. I might have come with a new entrepreneural product :P

Another feat of achievement was that at one instance I tackled both the first action point of backing hunches and the second one “Take a challenge and try the different ways of doing things rather than being set in tried and tested ways all the time”. This time was it was quite a risky situation considering at 4/5 pm I was asked to handle the family dinner for than day, as my mum would be late.

Well, rather than panicking I was in quite a jolly mood, considering I had won at basketball few hours back. I set about the task of assessing of what to make, something different and came across some packs of noodles. Not knowing any specific recipe or dish, I was an amateur with no idea as to go about it. It was a challenge as I had no idea what I was making and still had no idea as to what I made at the end of it J I just kept backing my hunches, tasting it every now and then, being dangerously creative. It was a challenge all I had in front of me before I started was only a pack of noodles with no recipe. Additionally I also had some chicken drumstick which I had no idea what to do with :O (at one point I was tempted to deep fry it J ) I blindly let me tongue decided the spices or ingredient choice and marched on. Now for the surprise, the result was astonishing and apparently got compliments, with my brother requesting me to make it again, two time since then. Now for the last action point “Reflect on pieces of work prior to submission by having a few rough drafts”. This was one I implemented especially in my last assignment I handed in yesterday. I made sure I finished it 2 days before and spent the time to alter parts. The time for reflection helped me find a lot of errors in grammars, as well as helped me come up with better ways of expressing my ideas rather than half a page of text. It also helped me realise that there were parts which could be developed better and critically helping me come up with a better positioning for my report. Even though finishing a report once and for all is good , and doing it one stretch and never looking back at it is good, reflection did really help me in making sure I was giving me best for the assessment.
Reflection also followed after handing in of the report, however not on improving the report but on the fact “Now I have finished my report, what should I do? How to go about getting on the dissertation or take a break”. Just a reflection on what I have achieved, what is left and where to progress from here .
Overall these tools are really shaping day to day life making them interesting and increasing the value of my inputs every day.