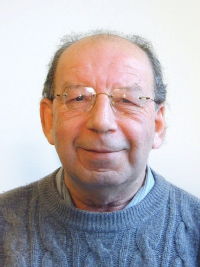 Warwick Medical School’s Professor Mark Achtman has today been elected a Fellow of the Royal Society.

The Royal Society, founded in the 1660s, is a fellowship of the most eminent scientists in the United Kingdom and the Commonwealth countries. Fellows are elected for life through a peer-review process on the basis of excellence in science.

Born in Poland during WWII, Achtman emigrated several years later to Canada. He gained a BSc from McGill University and then an MSc from the University of Manitoba, before moving to Berkeley, California to complete a PhD. After a short spell in Edinburgh, Achtman moved in 1971 to Germany, where he worked for more than 35 years, before moving to University College Cork in 2007. Professor Achtman was recruited to Warwick in 2013 to a Chair in Bacterial Population Genetics within the newly formed Division (now Unit) of Microbiology and Infection in Warwick Medical School.

Professor Achtman has made important contributions to many fields within bacteriology—his long-time collaborator Paul Keim describes Achtman as a “force of nature” for his determined and insightful approach to scientific problems. In the 1960s and 1970s, Achtman investigated the molecular mechanisms of bacterial sex, characterising the Escherichia coli F sex factor. In the 1980s, his attention turned first to neonatal meningitis caused by E. coli—prompted by a sabbatical with John Robbins in Bethesda, MD—and then on to the molecular epidemiology of epidemic meningococcal meningitis, including field work in Africa. This work not only informed vaccine design, but also paved the way for Achtman’s next major contribution to bacteriology: the use of sequence-based approaches to unravelling the population structure, genealogical history and spread of pathogenic bacteria.

By the 1990s, bacteriologists had generated a plethora of molecular fingerprinting approaches to bacteria. In a classic paper from 1996, Achtman wittily berated these approaches as YATMs – an acronym for “Yet Another Typing Method”. Two years later, Achtman was corresponding author on a pioneering paper on multi-locus sequence typing (MLST), which changed the focus of bacterial typing from fingerprinting to sequencing DNA and which has become a citation classic. This approach was readily adopted across the globe, providing a laser-sharp tool for dissecting the evolution, population structure and spread of almost every bacterial infection.

Building upon the concepts of MLST and the increasing tractability of bacterial whole-genome sequencing, Achtman then went on to develop sequence-based phylogenomic analyses based on single-nucleotide polymorphisms (SNPs). With his usual relentless energy, he has used these approaches to drive forward our understanding of the evolution and spread of bacterial pathogens, most recently focussing on Salmonella.

Although his sequence-based approaches to the epidemiology of infection clearly fall within the remit of translational medical research, Professor Achtman has also used his remarkable research talents to attack some of the big questions about human existence—for example, using DNA sequences from a bacterium that lives in our stomach, Helicobacter pylori, to work out how humans spread out of Africa to people the world, or exploring the origins, evolution and spread of the bacterium that causes the plague, including the Black Death pandemic which killed around a third of the inhabitants of Europe in the fourteenth century.

“I am thrilled that Mark has been elected as a Fellow of the Royal Society. He clearly deserves this recognition for his pioneering and wide-ranging contributions to our discipline. This award amply vindicates our recent investments in microbiology and infection research at Warwick.”