Sabine Hake (2002) places Asphalt firmly in the genre of the ‘street film’. Typically these films addressed urban issues such as poverty and unemployment. In films such as Tragedy of a Prostitute (1927) starring Asta Nielsen, liberated sexuality is linked to criminality. Hake goes on to suggest that Asphalt combined aspects of the sentimental melodramatic strain of street film with the more surface cynical attitude to modern sexuality represented in other aspects of the genre. Hake also comments that it was: …a final demonstration of the genre’s visual possibilities before the introduction of sound. (Hake 2002, p 41).

The current marketing of the recently released Eureka DVD and many of the weaker commentaries which litter the web emphasise the ‘expressionist’ nature of the film. There are clearly some elements of the shooting which echo what has come to be known as ‘German expressionist film’ however these are merely hints used where there is clearly a troubled soul torn between love and desire and duty casting a literal shadow over the character. Perhaps the most obvious one is the shot of the policeman returning home after the fight as he climbs the stairs. 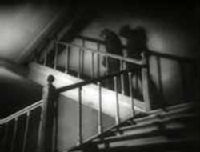 Redolent of Nosferatu climbing the stairs this shot isn’t overdone in a horror style. Lotte Eisner makes reference to the geometric patterns in the shooting style of the workmen laying the asphalt and elsewhere the use of deep shadow makes use of common expressionist techniques but this doesn’t add up to an ‘expressionist film’.

The Conditions of Production

It is important to note that the film is one of the first made under the new UFA regime after it was bought up by Hugenberg and Kliztsch installed as its chief executive. Kliztsch had restructured UFA. Although Pommer had returned to the fold it was in the role of central producer following the contemporary Hollywood business model. No longer was there a director led model of filmmaking. Budgets and deadlines and scripting were coming under strict control.

Asphalt wasn’t to be made as an art based film based upon the old UFA split between artistic productions and genre popular based films. This film was given a well known director, a lead actor, Gustav Frolich, who had been a lead in Metropolis opposite Betty Amman an American actress who Pommer hoped would provide some international attraction for audiences. With the art director Kettlehut who had been one of the art directors on Metropolis and the cinematographer Gunther Rittau who had also worked on Metropolis the film had a gifted and talented team. It was important for UFA to maintain its, by now, well recognised brand look of quality for its flagship films whilst maintaining a firm grip on the budget.

The film was to be a well made multi-genre film which had the Hollywood standards of quality in terms of production values with popular appeal. It embraced the street film and involved various heists, but it was a straight forward romance with various narrative hurdles to be crossed before the lovers could be united. The narrative closure ends on a note of hope for the future as well as underpinning a message of redemption through true love which involves sacrifice. It is ultimately a moral tale for the urban sophisticate in which lust and sex turns into true love and the baddy is eliminated. The femme fatale is to be punished but this is not the exacting over-done retribution of the full blown American thriller (film-noir).

The film needs to appeal to a female audience and offers a path through the urban maze for the naïve provincial woman who might get caught up in the Berlin demi-monde. Frequently the stereotypes of the dutiful parents might be read by the audience in a tongue in cheek way which was entirely appropriate for the audience this film seems to have been aimed at. The seduction of the policeman had to have been played for laughs. 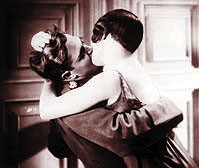 With a careful balance of cheap sets such as the parental home and an extravagant street set along with shots from a plane this film was carefully budgeted and very modern able to appeal to a more intellectual urban sophisticate as well as those more interested in popular culture. As such Asphalt is probably best seen as part of UFA emerging mass entertainments strategy for financial recovery.

A precursor of ‘film noir’?

Generically there are aspects of Asphalt which foreshadow those films dubbed as ‘film noir’ which themselves contained a strong Weimar visual imaginary. It is an urban thriller which explores the underside of the modern city. This is a film which is redemptive through and through and true love pushes aside the frills and fripperies which are the rewards of being on the margins of the underworld. Spirit triumphs over worldly possessions. This is all mediated by the mechanisms of justice and as such can be seen to underpin a state which is firm but fair. 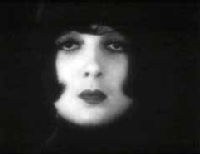 Betty Amman bears witness to the outcome of the fight in a redemptive and self-sacrificing act to save her policeman lover. As an audience we know she hasn’t done anything very bad. She has shown she has moral courage when the chips are down and is unlikely to spend much time in jail.

I have no current information on its full ratings at the box office, however it benefited from the full UFA treatment having a top team making it and premiering at UFAs top venue the Palast-am-Zoo in Berlin and would have received all the efforts of the formidable UFA publicity machine which was every bit the equal of the Hollywood one.

Some commentators try to see in the film some sort of foreshadowing of economic disaster to come after the Wall Street crash of 1929. This is more of a pathetic attempt to link the film into some expressionistic discourse rather than a comment based upon historical facts. No cinematic evidence of this is offered because there is none. If anything is foreshadowed it is Riefenstahl’s shots of Hitler arriving on a plane to Nuremburg however Aspahlt got it in first as another criminal arrives in Germany.

Until the Wall Street Crash in October of 1929 many months after the film was released there was a severe case of ‘irrational exuberance’ (Greenspan) amongst many in Germany as well as America. The German metropolis ‘had never had it so good’ (Harold Macmillan).

The war years were now a receding memory as were the bitter political polarisations which had followed. The film acts as both a celebration of developing consumer culture as car ownership, up-market fashion, jewellery and air travel are all celebrated. Both buyers and sellers beware there are always opportunists who wish to establish themselves by pickpocketing, deception or elaborate heists. The rule of law must stand firm within this bonanza is the message but there is no hint of the impoverished in this film. There are routes to success but they must be legitimate ones is a core preferred reading of the film.