Whilst of general interest to those dealing with issues of gender and cinema this posting should prove useful to those studying Women and Film within the current OCR specification.

Given the large number of British films and the very small number of Women directors the average rocket scientist can swiftly work out that there is a serious gender imbalance within the industry in the UK.

This list of directors is taken from the BFI list of Directors in British and Irish Cinema
plus some additions. Sue Clayton isn't in the list although appears elsewhereon the site. Nor does Andrea Arnold feature in the list. Arnold recently made the film Red Road (2006) and has won at the Oscars and at Cannes. The list amounts to 11 women film directors in the history of British cinema. Not a good record over the last 100 years. Of these several are active film makers and can be included in the specification for OCR Contemporary British Cinema. Of these 11 directors five are currently active and include: Andrea Arnold, Antonia Bird, Gurinder Chadha, Sally Potter, Lynne Ramsey.

Guardian feature on the 'Celluloid Ceiling'

Kate Kellaway Guardian blog: Why is that film-making continues to be the most gender inequitable career in the arts?

Rachel Millward Guardian blog: Kate Kellaway asked what could be done to encourage more women into film-making. Here are my suggestions.

Rachel Millward is the organiser for the Bird's Eye View Women's Film Festival. It is solely to celebrate women film makers and started in 2005 in venues across London. 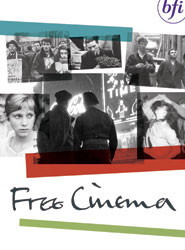