All entries for Wednesday 15 November 2006

In 2003 Antje Aschied published Hitler’s Heroines: Stardom and Womanhood in Nazi Cinema. The hyperlinked review of the book is quite scathing about the methods behind the book arguing, correctly in my view, that there was a lack of historical contextualisation and and over-reliance on textual analysis devoid of anything else to claim that aspects of the text could be read as ruptures and disjunctures in the approach of Nazism to wards femininity.

Textual analysis is an important research tool which itself can be informed by a range of methodologies. Nevertheless there is a tension between textual and contextual which is very hard to resolve. Here Erica Carter’s excellent review article of relatively recent textual analytical approaches to film history makes the point very clearly in her summing up. Despite the excellence and usefulness of the books she is reviewing which rely upon analysis of few texts in minute detail: What however, of those methodologies from the field of film studies – genre, star and auteur studies, for instance – in which the single text is decentered and made part of larger systems of signification? (Carter, 1999, p 583).

Well it isn’t rocket science to note that there were contradictory features within Nazism indeed David Kershaw argues that Hitler deliberately encouraged competition amongst his followers on a divide and rule basis.

Only picking three stars to study seems like a flawed method if one wishes to draw conclusions about the Nazi attitude to women. The three stars in question: Kristina Soederbaum, Zarah Leander and Lilian Harvey were not true Aryans in of German stock, two being Swedish and one English. Any study would only be firmly based if comparative work was done across all the leading actresses.

Furthermore the key element of audinece is missing from the equation. As reviewer Jana Bruns scathingly and rhetorically asks:“is it conceivable, for example, that stars like Leander, Soederbaum and Harvey damaged the regime by unraveling Nazi gender essentialism and allowing viewers to align with different identities?”

Whilst textual methods of research can be extremly useful it is usually better to triangulate research across several methods. Qualitative types of audience research should be obligatory when the issues are as high stake as close analysis of the ideological functioning of Nazism and its successes and failures.

It seems worthwhile to at least contextualise a little. The position of Soederbaum is intersting to say the least. She was a star alongside Veit Harlan in the infamous rabid anti-semitic piece of direct propaganda Jud Suss which was also directed by Harlan. (Soererabum was also Harlan’s wife). The audiences were clearly so disrupted by the transgressive nature of woman that they rushed out and rescued all the Jewish women in concentration camps.

As if that particular piece of propaganda context were not enough Soederbaum also stars in another Veit Harlan foray into direction into direction Kolberg. Please see introduction to the film on this blog for more details.

This was an enormous propaganda exercise which was being made in the teeth of total collapse of the regime on all military fronts. Nevertheless the propaganda value was considered so important that large number of front-line troops were used as extras and the budget was huge. From the perspective of -unraveling Nazi gender essentialism_ the issues were rather more serious for the average German with the Soviets knocking at the door of Berlin and British and American troops rapidly thrusting deep into German territory over the Rhine.

Out of the 35,000 books on the Nazi regime this one may not get to the top of the pile. 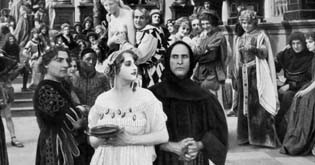 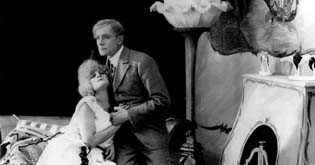 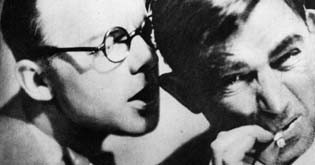