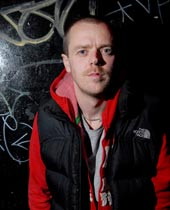 Globalisation is a very important concept which helps to explain the state of the contemporary World. Media and  Communications theorists have played an important role in developing the theories of globalisation going back to the work of Marshall McLuhan in the early 1960s. Globalisation itself can be broken down into several distinct spheres for the purposes of discussion. These spheres of course overlap in practice but it is useful to identify the spheres as economic, political, and cultural. If you have found this page and others associated with it as they are built, you are likely to have come from a films page. The importance of this more abstract work is to try and gain a more anchored understanding of what it is the fim makers are representing at the level of the underlying process which position particular human actors in these sorts of positions and which the film actors are portraying. From Rocco and His Brothers 1960. Arrival in Milan carrying migrant labour from the Mezzogiorno

Whilst contemporary British cinema is currently perhaps  the best in the World when it comes to representing these issues it should not be forgotten that other films have represented the economic and political processes which force migration and diaspora. Notable amongst these are Visconti's Rocco and his Brothers (1960) which charted through representing the developments in a single family the massive internal migration in Italy from south to north which was the basis of the Italian postwar 'economic miracle' , and Fassbinder's Fear Eats the Soul (1974) about the infamous Gastarbeiter economic system which existed in Germany and was crucial to its postwar economic re-development. By comparison Britain and France were reliant upon their colonies and empires which as they were breaking up also provided much needed labour upon which their postwar restructuring and development was based upon. Another film which shows the brutal exploitation of ordinary people especially women is Lucas Moodysson's Lilya 4-Ever based upon the true story of a Lithuanian teenage girl who gets trapped  into the global sex-slave trade as the former Soviet Union is economically devastated by the shock therapy regime imposed by the Thatcher Reagan neo-liberal planners. In talking about globalisation and economics what is meant is the transformation of the different styles and types of economies into an integrated system in which each part becomes increasingly interdependent with the other parts.

The most important area of change has been the globalisation of financial markets. This is apparent in the flows of capital around the world with money being exchanged electronically. The money is used to finance international trade and for a range of investment purposes. Thiese could range to the investment in physical goods especially by Multinational companies (NMCs) or else by financial institutions using financial instruments such as the 'carry trade'. The carry trade is where institutions buy a currency such as the Japanese Yen which is at a very low interst rate. They then reinvest this money in a fairly safe currency like the US Dollar which pays a much higher interest. The finacial company concerned pockets the difference. (Mad or what?).

Financial globalisation really got under way once information technology had improved. Global markets can now operate in real time and funds can be transferred instantaneously.

another key aspect of economic globalisation is the continuing increase in wealth and power of Multi-National Companies.  They are largely responsible for the massive increase in global trade since the middle of the 1980s. The largest ones have economic turnovers and earn greater amounts of money that far exceed many smaller nations. As a result say Abercrombie et al MNCs:

...are largely beyond the control of any national government (Abercrombie et al 2000 p 153).

With the increasing intensifcation of the networked society Castells identified a tendency for the increasing power of criminal networks which have a global reach.

It is argued that there is an increasing globalisation of culture especially through the:


In the field of culture these influences and processes have lead to the theorisation of hybridity which refers to the ways in which these processes are articulated in tensions and changes concerning local customs and practices in relation to emerging standards and ideas often present in the cosmopolitan mega-cities or megalopolis.

In the realm of politics but with strong overlaps to economics there has been a rise in the importance of powerful international agencie such as the World Bank, the International Monetary Fund (IMF), and the World Trade Organisation (WTO). These are in an increasingly powerful position to regulate the World economy and thus limit the powers of national states.

Political sociologists have identified a number of issues which appear to be eroding the power of national states. These include environmental issues, citizenship rights and definitions, migration and inter-ethnic / inter-racial conflict.