Last Entry on the Warwick Server 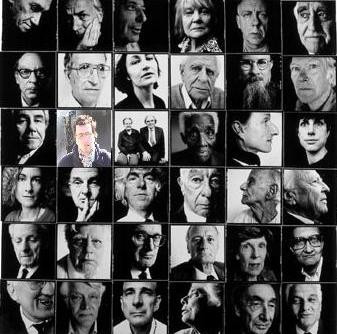 This will be my last post on Warwick blogs. After four years of (not so) hard work at the University of Warwick I am finally moving on to another university, another country, and consequently another stage of life.

That does not, however, mean that my blog will stop. For future purposes, I have opened another blog on blog.com, “surprisingly” called Scribbles of a Dutch/Polishman. I decided not to change the name mainly to point out that the transfer will be marked by continuity, rather than serious change. It will continue to reflect my thoughts on politics, art and current affairs, as well as social observations and petty thoughts, and, some occassional poetry, I hope.

The content of this blog, the result of four years of sometimes intense scribbling, will stay where it is, accessible to all. It reflects to some extent quite neatly what occupied my thoughts and how they developed. To quote Joseph Weiler: these are my thoughts, for what they are worth.
Scrolling through it, I hope it may continue to serve the reader as a source of amusement; if it provides food for thought, all the better.

Bye then, blogs.warwick.ac.uk/mhillebrandt. Enter the new Scribbles of a Dutch/Polishman.

Ecoogler is another one of those new green internet initiatives.

“Searches: 17749368, Planted trees: 1774, To the next: 632”, it says on the start page of Google’s new initiative to make internet searching more ecologically sustainable. Ecoogler plants a tree for every 10,000 searches. I’m not sure whether this is a calculated ratio or just a symbolic gesture, but anyway, it’s a couple of trees. I also don’t know much about the performance of this search engine compared to that of Google, but in any case such tree planting is another step in the drive to reinternalise technologies perceived externalities. It’s not my intention here to be cynical or lyrical about things like Ecoogler, just to draw your attention to it. Have a look and see what you think.

For earlier related posts on this topic see Save Energy and Het fenomeen van CO2-compensatie (Dutch).

Follow-up to Does the final push begin here and now? from Scribbles of a Dutch/Polishman

“Does the final push begin here and now?” I asked myself already on the 23rd of February. Looking back at it now, how early was that?!

But now it’s for real. Four days and three exams to go, my bachelor is soon coming to an end. I start in an hour and 15 minutes. In 75 hours and 15 minutes I’ll be done for good. This is the final push.

Something There for Everyone

“Seven social sins: politics without principles, wealth without work, pleasure without conscience, knowledge without character, commerce without morality, science without humanity, and worship without sacrifice.”

Nothing to add. Carefully picked words really speak for themselves don’t they?

Exercises of the Mind

A blog entry a few days ago (“Riddle”, 19 May) seems to point at the craving for creative, out-of-the-box-typed thought exercises people might have at this time of exam revision. So here’s another one. Below is a photo fished out of the current news cycle which I reckon is pretty stripped of its context. What first thought or caption comes to your mind when you see it? Within limits of decency, I’m interested to find out where this image takes people’s minds.

“There is no scientific basis to the concept of humanity” was this years proposition at the Annual Sociology Debate. Hardly a topic I knew much about, but soon I discovered that was not necessary.

Speakers and audience were, to use a metaphor on the shortcomings of the human being, all feeling their way around in a dark room at this debate. Professor Harris from the University of Manchester (Law) and a co-editor of the Journal of Medical Ethics was invited to speak in favour of transhumanism, scetching a science-fiction type of future that had the audience both grinning and incredulous. The human being as it now exists, was prof. Harris’ proposition, will die out, and a very similar type of being that is better adapted must take his/her place. And if I understood him correctly, he argued that, if that is to happen anyway, we might as well participate proactively in the “shaping” of this “transhuman”. We are now working on the strengthening of regenerative capacities of the body (an arm chopped off will grow back again), our eyesight should not have to deteriate any longer, and the gaps in our memory would be bridged by synthetic implants that enable us to access memory at will. The audience was, I may say, a little flabbergasted. Beyond all the technological rifraf I was having some trouble understanding what it was that prof. Harris was really after: to transcend the human species, and to defend human interests at the same time? And if he, as he claimed “frankly did not care about the human being per sé”, how could he so easily assume that there was not also another type of animal specie “essence” that would be worth preserving in some evolved form?

Professor Fuller from Sociology at Warwick, instead of arguing against, took a different route of critique. As might have been expected of him, he questioned the understanding of the concept “human being”, and the imminent self-glorification implicit in this understanding. Yes, we are essentially animals, he admitted, but the way we speak about ourselves and our experiences is in no way systematically connected to our bodies. In court, it is our story that the judge wants to hear. (Note the gap in reasoning here: for example dna-tests can provide “hard evidence” that overrides any sort of social narrative.) Through institutionalisation (what Fuller called the “universitas”, or “corporation”), human beings have created projects that exist as independent interests outside of their personal need for survival, as is common for other animals. Institutions, as Fuller noted, have historically included as well as excluded people, but the overall tendency has been towards greater inclusion and overcoming of social barriers: in our institutional roles we more and more often meet and interact with people of other backgrounds. However, we have not yet overcome all barriers and inequalities. And now we’re already looking at the next elite project of growing “beyond our species”?

These two stories seemed to provide two vivid panels of a larger painting. Or rather, perhaps, two corners of a huge mural. The questions from the floor revealed something about the very limited extent to which we had dug into the topic just yet. If we seek to become “fitter, more efficient”, asked one, why don’t we simply evolve into a photo-synthesising sponge? Fuller answered that what he wanted to know, was whether future species would still identify themselves with the “human project” as he set it out. Harris was more ambiguous. Yes, he would future beings to have some of our human aspects, a sort of likeness. But only millions of years ago, our ancestors looked like apes. How much do we have in common? Questions about guarantees against the abuse of such future potentials seemed poorly thought out. Harris believed these developments should take place within a Hobbesian-Bethamian framework: utilitarian equality and the welfare state. Admittedly, Fuller was in the comfortable position, not having to fend off such remarks. A last, and most interesting point came from a Warwick psychologist. We have up to now discussed the transhuman potential in terms of individuality, the “improvement of the human being”. But what improvement of human interaction does transhumanism bring?

From the debate, I took two major lessons home. One: sociologists need to start understanding and positioning themselves in ethical debates around bioscientifical developments. Two: all participants, and surely prof. Harris too, were still engaging in this debate with obvious partiality towards the human being as it is now, and not some higher truth. And that is a somewhat reassuring social observation.

What is “it”? Check back at this blog tomorrow for the answer!

Laugh out loud if you’re Argentinean or if you know what Argentinians are like. Here it is:

The pope uses the white phone for five minutes and then hangs up. He asks how much the president would like him to pay for the call. The president asks for 5000 dollars.

Days later, the pope sits in the office of the Argentinean president. After some conversation with the country’s leader, he asks if he can make a phone call. The president points at a desk, on which there are two phones, a red one and a white one. “The red one is a hotline to the American president, the white one to call with God”, he explains.

The pope uses the white phone for twenty minutes, after which he asks the president how much the phone call should cost. “5 dollars”, the Argentinean president says. In utter surprise, the pope remarks that a much shorter phone call to God had cost him a thousand times more in the United States. “That is easily explained,” the president says. “See, in Argentina it is a local number.” 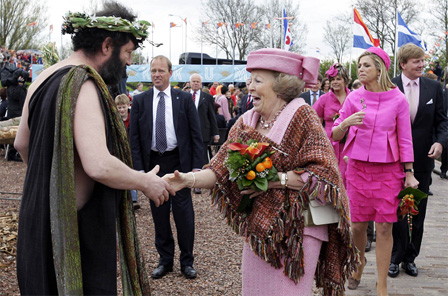