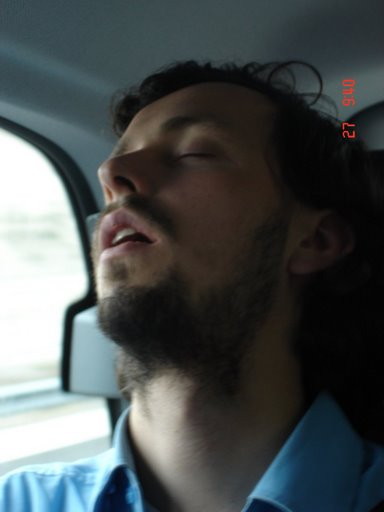 This photo quite effectively captures me over the last few weeks.

I have become hopelessly lazy.

Since the beginning of this year I have developed strange sleeping patterns. I might sleep an average of 10 hours a day by now. I quite often don´t get up for classes anymore – especially if they are on Monday at 9, and are taught in Catalan.

I have started to develop a split personality, the two most extreme representations of which you might describe as Nighttime Maarten and Morning Maarten. Nighttime Maarten insists on staying until the party is over. And then to look for another party. He believes classes the next day will be just fine. Morning Maarten is also quite relaxed. He shuts the alarm clock and tells me classes aren´t that important anyway. I probably won´t miss too much. And anyway, I need my rest, it´s no good to miss sleep. Morning Maarten dominates me the entire morning, until around 12 am.

And I don´t seem to be the only one. The Other Other Natalie writes that she sleeps about 10-12 hours a night in the Netherlands. A friend of mine writes me that he hasn´t gotten up for classes for months in Italy, except for a one-time tree-hugging class (?). And well, more evidence is right under my nose. Many of my friends here are not unaccustomed to sleeping past midday on a normal weekday.

What are the reasons? I figured them out I think.

a) Total lack of motivation. At Monday 9 am classes I am not likely to pick up much of the Catalan lecture anyway. Discussion of materials is sometimes school-styledly simple. I work for a week on an essay full of references and get a 55%. I do one in 24 hours and get 90%.

b) Nighttime Maarten is more popular here in Barcelona. More fun and important stuff happens at night. I would not be fully integrated if I did not recognise that fact.

c) Warwick anticipation. I fear my last year at Warwick like hell. So I try to do as little as I can as long as it lasts.

The Spanish word for lazy is “vago”. I think the linguistic development is no coincidence. Not doing anything makes me feel a bit less like myself, vague, undefined. Being lazy means being only the potential of Maarten. But for the moment, I kind of like it that way. 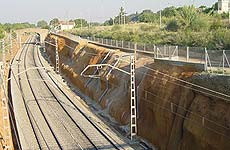 Have you always dreamt of being in a train´s cockpit (or whatever the place is called where the driver sits)? My rucksack was lucky enough to experience it this morning.

And all of that for the stupid reason that I forgot to take it when I got off the train. Having just left the platform, I realised something was missing. I rushed back to find that the train had obviously already left. Luckily I could call an on-platform direct information line that traced the train on it´s way to the city of Sabadell, located my bag, and sent it back on another train, all within 15 mins.

So I ran through the tunnel to the other side, waited for the train to arrive. The driver handed me my bag from his cockpit, and I warmly thanked him. “It was so exciting Maarten!” my bag cried, “I got to sit in the cockpit and look out of the front window!”

And so ended this story in a happy tone, and began today.

Follow-up to Argentina–Europe: A Match to Be Repeated from Scribbles of a Dutch/Polishman

It seems moving more (one of this year´s resolutions of mine) is institutionalising. Yesterday, we played yet another match of football, Argentina against us. Where we were struggling last Sunday, we had an easy match this time: 24-12. I seriously doubt whether this had much to do with us having gotten so much better. Rather, it might just have been related to some frictions within the Argentinian team, causing them to kick at times so pissed off with each other that they simply kicked the ball out of the lines. A pity, because they really could´ve given us a harder time than that; moreover, football is supposed to be in the first place fun, only then war.

I hope the FC Feyenoord (Rotterdam) militants learned that lesson too, seeing their club being kicked out of the league recently for their hooligan behaviour!

Argentina–Europe: A Match to Be Repeated

Sunday football day. After a week’s anticipation, we finally got our acts together and formed two teams strong enough to enter the confrontation: Argentina had to be beaten, so resolved some Germans, an Italian, a Greek, a Norwegian, a Belgian, and a Dutchman (that’s me).

We booked a proper astroturf field on campus and all set out. It immediately became an exciting game, and within minutes, Europa lagged 2-0 behind. After which we evened equally swiftly. Then again, we headed to a distance of 4-2. We were getting tired, we were disorganised. Came 5-3, then we felt something had to change. The team was getting it’s act together while the Argentines, all individually quite good players, were getting equally tired and a little quarrelsome. Our advantage, and after coming to a 6-6 stalemate, we kicked back with some odd but nicely performed quick actions. 8-6.

The game finished with us winning, 8 to 7, and a “dispute” over whether the Argentinian side should be granted a penalty or not. Wisely, we would not have that happen, and, so we won the day.

But we were all agreed that it was a wicked game, and will be doing this more often. Next Sunday we’re there again, running out onto the (slightly too green) field, to upkeep our honour for people and continent!

It´s Good To Be Back 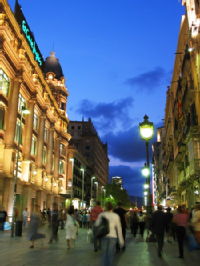 It´s good to be back and notice that nothing has changed since I left. Well, if anything, the weather. Bring your winter coat, my mother said, and when I refused, she declared me to be crazy. In just a sweater I walk through the city now, and still I´m warm. My autumn jacket I hold folded over an arm.

A pleasant eighteen degrees during daytime, and the people still walk right in front of me, blocking entire sidewalks or causing me to nearly bump into them. Really, nothing changed, but what did I expect, and how good it is! We play football in our t-shirts, and an evening jog towards the beach happens to give me a much-too-early spring feeling.

It is yet to be seen how the rest of this in my imagination wintery month will unfold. Perhaps the ski trip that a housemate had in mind might just turn into a beach trip, mid-February.

Best End of Year Wishes to Everyone! 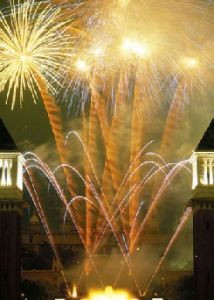 Christmas has passed, some days I have spent quietly but happily at home with my family and a good friend.

And now the big countdown has started. This year counts only five more days – days, I hope, everybody will be spending tranquilly and doing whatever they want to be doing! Also, these days are a good opportunity to look at the past years and count your blessings (and failures, but that’s less fun).

End on a happy note, finish matters that need to be finished, and I wish to everyone that they may enter the new year with fresh aspirations and in good health. (And keep on visiting my blog!)

My best wishes to everyone are accompanied by a picture of the piromusica an anual great fireworks spectacle organised in Barcelona earlier this year. 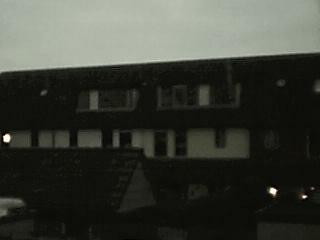 I came home from Barcelona yesterday. It’s a great change coming back to my village from the sparkling metropole; there are a great deal fewer christmas lights, and as we drove into the village some street lights were not even working. If BCN is ++ on a scale of christmas lights, then Eemnes must be 0 or -. It’s dark earlier as well here.

The photo shows the view from the back of our house at half four in the afternoon. Not very exciting. We are counting down the days towards christmas, although there won’t be any ice skating involved as five years ago, it will still be a good one, I think. 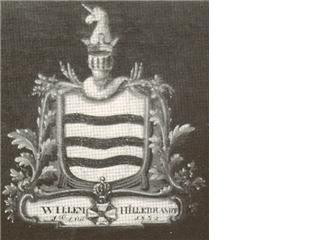