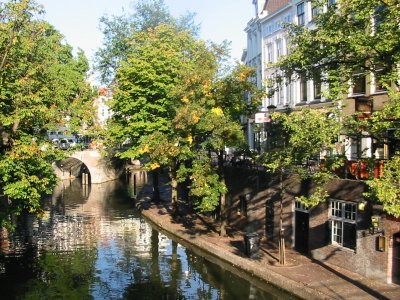 Went to Utrecht yesterday. It is a city that poet Ingmar Heytze called a “golden cage”.

Utrecht is a city that you can’t leave, where you can’t stay
to stylishly go grey in, between pubs, churches, palaces,
to doubt a prey. Utrecht is a golden cage.

My translation, link for the same lines in Dutch.

One wonders where from comes Heytze’s feeling of being haunted, of all places, here. It cannot have been the city itself. This old city, with all the charms of an old established university, cathedral, patrician houses, is itself an image of style that, at first, appears to hold all picturesque ingredients for graceful ageing.

A walk through it will make you find out though. Around the train station, beggars. In every shopping street, a student working your guilty conscience into joining some charity. On every street corner, by every bridge over Utrecht’s old canals fundraisers, asking you “if you can afford a donation for the kidney foundation”. You feel rude at first saying no. Then, after the second, you have really made your decision. After about five fundraisers, you get annoyed. After ten fundraisers, you feel like telling them off, but only after throwing them in the canal.

Just before you do so, you realise that it’s not possible. Below the street in which this cunning fellow blocks your way are the docks by the canal side, used as beer gardens and for beverage deliveries. A fall onto which would effectively break his legs, rather than tip him in the water. Annoyed, you sigh, tell him “no thanks” and continue your way through the beautiful city centre. And you know Heytze was right: in this golden cage you will never age in peace.

Tomorrow me and Sarah are off to Berlin to start our tour of a week. Our plans to travel the continent have diminshed significantly since we started to discuss the possibilities of seeing everything, plunging ourselves into a continental adventure. I, being of the curious continental species among the two of us, was going to be “ze ekspert guide”. “I want to go to Paris”, Sarah said, and I nodded. “We’ll make a stopover in Brussels and stay with friends of mine”, I proposed.

Soon came the realistic idea to drop Paris. Who’d go to Berlin and further east via Paris if they’d only have one week? What mad idea come over us?

Then, not much later, I realised that in fact going to Brussels was equally costly and inefficient given the enormous distances we’d have to travel to be there for just two days.

And now, for the second time this year, I’ll be on the way to Berlin by coach. We’re staying with friends, and plunging ourselves into a German summer adventure. After which Tuczno near Poznan (Poland), Warsaw, Bratislava, and Budapest will follow. I can’t wait! 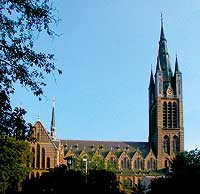 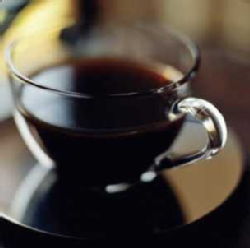 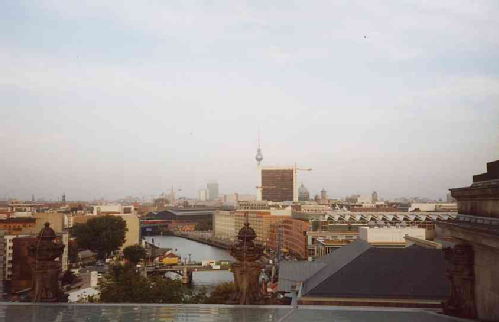 The days are grey, the sun shines differently here. I find myself in Berlin this reading week. All I knew of Berlin before this trip, were one night spent there five years ago, and a Dutch song from the 80s about divided Berlin:

In the year of our lord 2006 anybody is free to discover all parts of Berlin. This city, bearing almost too much history, is with the coming of a new millenium itself entering a new chapter of its own history. Berlin these days is rapidly becoming hipper and provides an attractive location for artistry and alternative subcultures. The cranes are slowly disappearing from the city centre and new buildings have been built with daring and interesting architectural designs. The people are friendlier than anywhere else I’ve been. Shops are fairly cheap and there are many avant-garde parties worth to be visited.