Part nine of the series. A photo I took in the changing room of the sports centre. Its peculiarity speaks for itself, methinks. 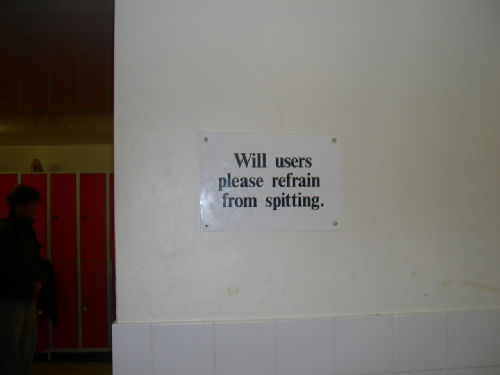 The search for a British essence continues… 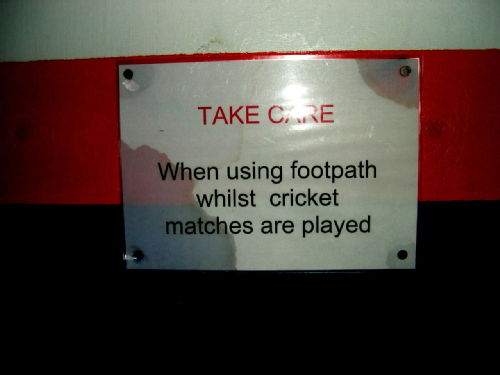 If a Martian or a Dutch observer came to England, he/she/it might draw the following conclusion.

In this country, Sarah is the most common name for a female student.
For male students, it would be something like Thomas.
Nearly half of all campus cleaning ladies are called Sue.

And cleaning gentlemen… with one notable exception, haven’t come across those yet! 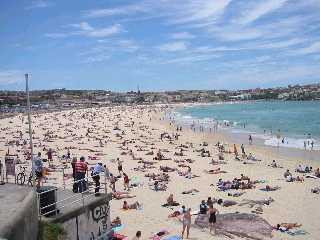 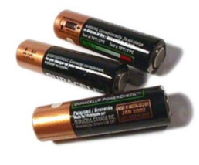 I’ve recently been made aware of the fact that animals on the British Isles speak a different language than their brethren in the Dutch Low Lands. In fact, in England animals make weird sounds.

Whereas, for example, horse in Holland make the perfectly comprehensible sound “hi-i-i-i-i [indefinite number of iiis]”, their English counterpart is reported to say “nay! nay!”, seemingly indicating there is something they don’t want to happen.

Our ducks say “kwek” or “kwak”. I’m not sure what English ducks would say in similar situations.

Maybe this part three of the series is taking it a bit too far, but I have a feeling British people send more cards than anyone else! While back home most people are hard-pressed not to forget birthday occasions, here everyone seems loyal even to the annual Father’s Day card! What could be the reason for this?

I really can’t remember having seen three shops dedicated entirely to postcards in a row (Coventry city centre). Does anyone have an explanation so I don’t have to spend sleepless nights pondering over this subject? 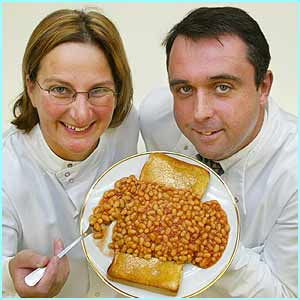 Following up on British Peculiarities I just felt interested about British breakfast and food culture in general. Poached egg, sausages (ok, I admit, I’m a veggie so here’s my bias) and beans on toast just don’t have that appeal to me. I feel many of the “continentals” share my views on this.

And seriously, have you ever seen a country before that devotes an entire pathway in the supermarket to different kinds of cereals? I think this is, sociologically seen, quite an interesting phenomenon.

British Peculiarities I: The Virtual Absence of Mixed Taps

Marte found this article on the issue. I’m not crazy! The issue is really alive! See, Churchill and Boris Johnson spent time pondering over it! Read for yourself.

From The Wall Street Journal Online

LONDON (Oct. 31, 2002)—During a wartime visit to Moscow in 1942, Winston S. Churchill discovered a marvel of modern technology: hot and cold water flowing from the same faucet.

The plumbing in the villa where he stayed as a guest of Stalin was unlike the primitive British standard of separate taps for hot and cold. Rather than having to fill up the sink to achieve the right blend, the British leader could wash his hands under gushing water “mingled to exactly the temperature one desired,” as he put it in his memoirs. From then on, he resolved to use this method whenever possible.

His countrymen have been slow to take up the single-spigot cause. Most bathroom sinks in Britain still have separate hot and cold taps today, 60 years after Mr. Churchill’s conversion and decades after nearly all dual taps were scrapped in the U.S. and most vanished from continental Europe. For reasons of thrift, regulations and a stubborn attachment to tradition, the British have resisted the tide of plumbing history. Even when they renovate old homes, many choose two-tap systems, and builders often install them in new, low-end housing. Separate taps account for an estimated 40% of all bathroom-faucet sales in the U.K.

“It’s very strange to me,” says Ayelet Langer, who moved to London from Israel last year and found two faucets mounted on the newly installed bathroom sink in her apartment. “I thought I couldn’t really cope with it at first, but now I do.” Worried that the water from the hot tap will scald the fingers of her one-year-old son, she washes his hands in the kitchen sink, which has a single spout.

Britons don’t understand why foreigners raise a fuss over this issue. “The British are quite happy to wash their hands with cold water. Maybe it’s character-building,” says Simon Kirby, managing director of Thomas Crapper & Co., a maker of bathroom equipment in Stratford-on-Avon.

Boris Johnson, a Conservative Party member of Parliament representing Henley, congratulates “the higher civilizations” that have adopted advanced plumbing technology. But he argues that having the choice of either hot or cold for washing hands “is an incentive to get it over and done with and not waste water.”

Separate faucets are only one of the peculiarities of the British bathroom. Another is electricity—or rather the lack of it. Regulations aimed at preventing shocks forbid the installation in bathrooms of electrical outlets, except those designed for shavers. One more antishock measure bans standard on/off switches in bathrooms. The lights are controlled by pull cords hanging from the ceiling.

None of these eccentricities causes as much annoyance among foreigners as separate taps. Renee Guinivan of Bath, N.C., a retired secretary whose daughter lives in London, finds them “unsanitary.” Ms. Guinivan could fill the sink with a mixture of hot and cold before washing. But what if the last person who used the sink brushed his teeth and spat? “I hate to be fussy,” she says, though she is tempted to tote around a small package of Ajax cleaning powder and a sponge when she visits Britain.

“Perhaps it’s something Puritanical about the English” that inclines them to shun modern luxuries, says Pam Carter, a spokeswoman for the Savoy Hotel.

In keeping with the grand style of a luxury hotel opened in 1889, the Savoy’s vast white-tile bathrooms retain a Victorian look. The huge shower heads, resembling upside-down pie tins, dump cascades of water on guests. Call buttons above the tubs read “valet” and “maid” (though the buttons no longer function and guests are expected to use the telephone if they want help). To appease its largely American clientele, the Savoy has converted many of its sinks to single hot-and-cold taps, but some of the sinks retain separate faucets. Ms. Carter points to a gleaming white double-tap sink from the 1950s, large enough to bathe a midsize dog. “It would be a crime to get rid of something like that,” she says.

Many in Britain keep separate bathroom taps to preserve the authenticity of Victorian homes. The force of habit also plays a role. As the commercial director of the Bathroom Manufacturers Association, Yvonne Orgill might be expected to favor frequent renovations, yet she is completely satisfied with the separate taps on her bathtub and sees no reason to replace them. “I can turn them on and off with my toes, being a lazy person” she says.

In their defense, some British cite red tape. Older British homes often have storage tanks in their attics that feed water heaters. Under certain conditions, those tanks could be contaminated – for instance, by the intrusion of a rat – and tainted hot water that flows into a mixer tap might get sucked into a cold-water pipe leading back to the public water supply, endangering the whole neighborhood. So regulations forbid mixing of hot and cold water streams inside a tap unless the tank meets strict standards or protective valves are installed.

Separate taps are also a bit cheaper. A midprice pair of chrome bathroom-sink taps from Pegler Ltd. costs about $87, or half the price of a hot-and-cold “mixer” tap of similar quality.

Even so, modernity is slowly imposing itself. British people who travel overseas often are impressed by single taps, not to mention the “lovely shower systems that blow your head off,” says Kevin Wellman, operations director at the British Institute of Plumbing. A U.S. company, American Standard Cos., is now the largest supplier of bathroom equipment in Britain and promotes modern fittings, including mixer taps.

Martin Phillips, a Londoner who sells car-industry forecasts and is married to an American, says his wife has converted him. Now when he encounters a sink with separate taps, he says, “it drives me potty.”

But there are many holdouts. One is Mr. Kirby, the managing director at Thomas Crapper. Of the mixer tap, he says, “I wouldn’t even consider it as a modernization—just a different way of doing it.”

Of course, he has a professional interest in the matter. Founded in 1861 by Thomas Crapper, the firm he runs makes replicas of Victorian bathroom equipment, including bathroom “basins,” or sinks, ranging from about $1,320 to $1,875. In a rare compromise with authenticity, the company does provide some sinks with mixer taps, but those are sold mainly to overseas customers.

Mr. Kirby says he doesn’t find separate taps inconvenient. He dunks his hands under the cold water tap when he wants a quick wash. “If I want to wash them properly, I put the plug in” and fill the basin, he says. Isn’t that less hygienic than washing under running water? “It’s a cultural difference,” Mr. Kirby says. “We’re less bothered about that.”

Despite their clashing views on hand-washing, Mr. Kirby keeps portraits of Winston Churchill in his home and office. He isn’t surprised that the prime minister liked fancy plumbing. “You have to remember that Churchill was half-American,” Mr. Kirby says, “so he was probably a bit more open to some of these innovations.”