It´s Taken a While – But He´s Almost Dead Now!

The newspapers this morning write that former Chilean dictator Pinochet is close to death.

When I read it, I was quite pleased. I generally do not wish anybody harm so let the hand of God help us a bit. The world in my opinion will be a better place without the cruel sadist that was Pinochet as a dictator.

People lament the fact that they have never been able to put him to justice, well, so be it. The fact is that his crimes will follow him into his grave, as they are stains of history that cannot be washed off. So let him die of old age, a sad man who loses in the end. If not the courts, history will punish him anyway. And maybe it befits to remember a few lines from a Milosz poem here, this time not against communists but against fascists:

Do not feel safe. The poet remembers.
You can kill one, but another is born.
The words are written down, the deed, the date. 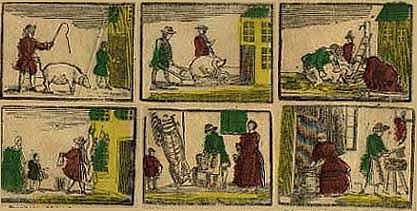 The landlord’s assistant leaned back in his chair, and with sparkles of jist in his eyes he said: “Now I will tell you a joke.

A farmer in the countryside holds pigs. One day a man comes along and asks: “What do you feed your pigs good man?” “Oh, well, the rest bits,” the farmer answers, “peels of potatoes and rotten vegetables, as well as old coffee drab.” “This cannot be,” the man says, “as I’m an inspector of health, I will impose a ban on these practices.”

Months later, another man visits the farmer. “What do you feed your pigs, farmer?” he asks. “Well,” says the farmer, “first I give them caviar, after which I serve them salmon, with champagne by the side.” “This cannot be,” says the second man, “as I’m an inspector of economy, I will ban these wasteful practices.”

Later again, enters a third man, who asks the farmer, “what do you feed your pigs?” “Well,” the farmers says: “I give them 10 euros, and then they can buy whatever they like!”“

And with a laughter the landlord’s assistant hands me ten euros to make copies of the new flat’s keys.