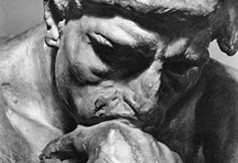 If you are a regular visitor of this blog, you might have noticed (though probably you haven’t at all) that I having been working a bit at reorganising the messed up tagging system that featured in the sidebar up to now.

From today on, everything will be better, more, bigger, quicker to find, more fun!

I have added a few categories such as the series Defining Catalans which I’m at the moment adding a lot to, as well as a group called Defining the Dutch (nobody escapes my ordeal), Music, European Cities, My Poetry and so on.

It is so much work replacing tags that today, there will be no other update. But have some fun and browse around old entries!

Elections time all around. Belgium recently voted for their municipalities, the US are to elect their senate later this year, as are the Netherlands. And in Catalunya, people are proceeding to the voting urns this coming Wednesday, to elect their Generalitat.

It’s interesting to see elections happen in other countries, and notice how much a concept of democracy can differ from place to place. In 2004, when I was in India, what I noticed most were the tons of posters, in the most abandoned places, apart from which the process was notably quiet. In the UK in 2005, I was struck by the ugly mud fight Laborites and Tories can fight when it comes to numbers of constituent seats. And in Catalunya anno 2006, what I notice most is the soft and peaceful mixture of Catalanism and a rather widespread kind of socialism.
Convergencia i Unio, the most Catalanist party, wants to “govern well and love Catalunya”. The Partido Popular (said to be post-Francoists in disguise) doesn’t get much further than claiming that “these are also your elections” (not mine, I couldn’t help to think). And: “the socialist party made a mess of this last term”. While Montillo, the Catalan Socialist Party’s candidate for presidency and direct affiliate of Spain’s president Zapatero, smiles superiorily, promising that “metros will be open all night during weekends”.

All over metro stations and billboards we see the five or so most important candidates smiling, shaving, adjusting a drill (“normal people, like you“). Every day, the news readers confide us in detail where they have been campaigning today, and what more they have been claiming.

And here is the best part, a touch of pragmatic politics. The government decided to hold elections on All Saints (Tots Sants), in Spain a free day. Now, nobody has an excuse not to vote.

Excuse me, YOU´RE IN MY WAY! 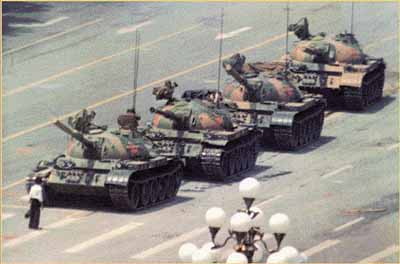 Maybe it´s just a cold northern, efficient, doesn´t-know-how-to-take-it-easy kind of trait of mine, but ever since I got back from London and Kiev, I started to notice just how many times people stand in my way in Catalunya.

Example one. I just walked out of the train and now want to leave the platform. I´m late because I had to meet my friends 15 mins ago so I´d like to get out as quickly as possible. On the escalators, everybody is all over the place. Unlike other cities, where people stand to the side to let people like me pass.

Example two. I´m walking through a university corridor, in what seems to me a normal speed, and suddenly, right in front of me, a girl just stands still. I nearly bump into her. (Repeat about 10 times a day and you´ll start to get the idea.)

Example three. Walking out of the library, I nearly blast into a worker who carries a big pipe of some kind. He walks in a kind of curve, so I want to pass him. (Ok, fair enough, I´m always in a hurry.) But just when I try to pass, the guy, who doesn´t seem to be looking left, right, or at all, turns to the right again, straight into my space, so that I have to stand still for a moment not to bump into him.

Example four. A mass of people in the centre of the city, it´s busiest street, blocking an entire sidewalk.

Example five. I´m walking on a sidewalk, alone. From the other direction come three people, in a row. I get pushed off the sidewalk because none of them steps aside.

And on goes the list… And this is just the score of a week. Aargh! I don´t want to be the stereotype of a northerner at all. But can´t people just look around them to see what´s happening?!

Some of the Best Albums of This Century's First Decade 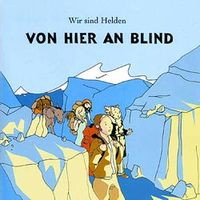 Twenty hours after my last entry, and again (or still?) sitting in the same library, I am doing some reading and listening to Wir Sind Helden.

The more I listen to it, this German band’s second disc, entitled Von Hier An Blind (From Hereon Blind), gives me instant bliss. In terms of my journeys of musical discovery over the last few years, they have been a move away from monocultured indie stuff to something different. Admitted, Wir Sind Helden are poppy and catchy, but their style has that certain lightness which makes you play an album over and over. Without ever seeming to get enough of it.

I am back in Barcelona now, after a huge travel over half of the European continent, little sleep, and much hangover, in various senses. It’s a Monday morning (like any Monday morning for Barceloneans). I am sitting in the university library, reinstating the learning process.

The door of the toilet I just visited helped me to get back on track. “Jesus te quiere”, it said, “y Stalin te odia”. 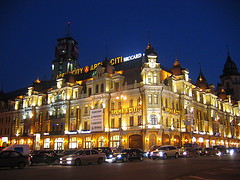 It is one at night, and we are sitting in the office of a Kiev production company. Listening to Ukranian bands (for example Esthetic Education) or English music (Oceansize), and recapturing memories (Sziget festival in Budapest last summer) with some old photos.

Gosha shows me a commercial he’s been working on just for fun. A whole bunch of dogs and barking, then the slogan: “Whatever, It’s Tasty”. Legendary. And one commercial that the office produced, one he acted in. (Was it djuice?) Two guys come around their friend’s house and present him with a gift, a comb. Unfortunately the guy has no hair.

Then we leave the office to go into the city, one last time. I fly out at 9 the next morning. So we buy wodka (honey lemon taste), sit down on the square of Arena City, where we seem to join a whole club of other alcoholics. It’s already two a.m., wtf?! I thought it was 11 or something. As we try to get the mentally security-locked bottle open, my love begs me not to drink too much. We take a sip of wodka, then juice, intertwined.

Gosha and my love look at me with amazement. “You drink wodka like we drink beer.” I nod and smile, not even so proud. “Polish blood”, I explain, “in Warsaw, wodka flows from the taps.” And I kiss my love, another million kisses to come that last night. 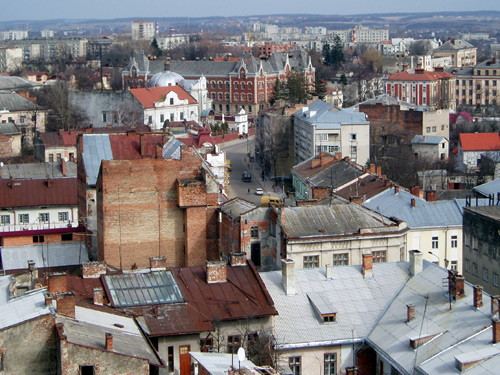 This week I’m visiting Europe’s most eastern country for the first time, and with good reason, I’m visiting my girlfriend here. The city is really nice and complete, which is really no surprise when you know it has around six million inhabitants.

I’ve been taken to quite some nice bars in little side streets that you would maybe not find so easily without local guides, but mine are great. When you come to visit Kiev too, make sure to visit Bar 44 and Cafe Opera (next to the opera house, of course). And drink some local wodka, something which will be hard to avoid anyway. And if you have little money to spend, try paid hitch-hiking, it’s a wicked thing I haven’t seen anywhere else before.