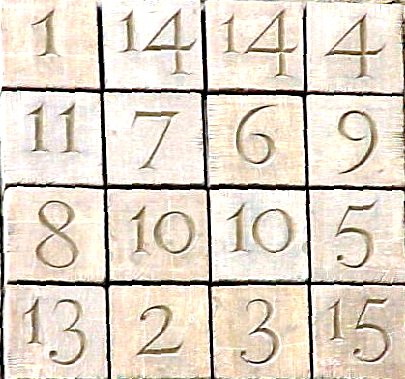 The second half of 2007 is nearly over, and with it comes change again, difficult change. But maybe good change too? I’m feeling mixed about it, with increasing love, disgust, confusion. Aargh, I’m so sick of being conditioned by the city, for example. When I stand on an escalator, I wait patiently until I get to the top. But when the person in front of me starts to walk up along the moving steps, I move too. Everywhere I go I meet the masses. I walk quickly, avoiding them by stepping left and right. Conditioned like a machine. When someone suddenly stands still in front of me to make a turn, when someone moves slowly and without experience as might happen to a tourist unacquainted with the city’s madness, it angers me. People are no longer individuals for me, they have become a semi-liquid moving mass with a tag on them: Italian, American, German, French. People are only differentiated by their physical aspects; when I pass by a beautiful girl, I need to look her in the eyes as she passes me by, just to see if she sees me. There are a lot of beautiful girls in this city. I disgusts me to walk through narrow streets on weekend mornings, only aware of the powerful and sharp scent of piss. I hate the prostitutes that make ugly and primitive kissing noises as I pass them by, as if I were a beast, and that were to attract me. At night, shouting Americans, Catalans, Danes, walk by right underneath my window. The masses do not for a second leave me alone with myself. But how I love this city, the sunshine falling through the door of my balcony in the morning, old couples walking hand in hand, the interesting people you speak to at a party who know your home village. The flats of friends a minute’s walk from my house in one of the world’s liveliest city centres. Little squares where we sit for ages after we’ve finished our coffees, laughing at eachother’s hangovers. The beaches where I take a swim at night. The rooftop parties that the landlord is so good to tolerate. The aimed walk through a maze of little old town streets, because I have walked here a thousand times in the past year, it seems. And then to occassionally find a street that I haven’t seen yet, with things such as puppet shops. A connectedness with a place and a time that is hard to capture in words, is expressed by many little moments.

And in five days it shall be the past.

The Political Thought of Oliveres: No Moral Compromise 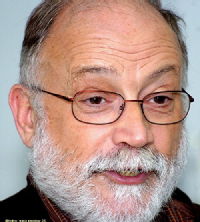 A social-democrat and humanist of the purest kind, Arcadi Oliveres opinionates that we cannot allow to blur the line between clean and dirty when talking international politics and economics.

He was beyond a shade of doubt the most famous and probably most interesting professor that taught me here at the Universitat Autonoma de Barcelona. Even though an idealist, dreamer, and somewhat disorganised, he never allows compromise when denouncing corruption or nepotism in the international scene. He has faced the excesses of fascism and the oppressive nature of the totalitarian state when it deals with its opposition – he was there when prisoners were executed by the Franco regime during the early 1970s, an experience which, according to his book Contra la guerra y el hambre (Against War and Hunger), stills causes him nightmares.

For Oliveres, people and their rights come first, and however absurd it might seem at times, he tries to look beyond the official economic figures. He asks: how is it possible that rich countries demand ongoing trade liberalisation when they themselves liberalise and protect their markets just as it suits them, and calls this the starkest hypocricy. He notes that no rich country claimed to have the money to provide the entire world with basic water supplies, while months later these nations spent five times as much on the war in Iraq. He points out that the South actually sponsors the North through costly trade and international relations, sending each year four to five times more to the North through profits and debt relief, than the North sends to the South through official aid. He resents the fact that only three or four countries in the world have been committed to the 0,7% rule of development aid (set up in the 1970s!), calls this a total lack of solidarity, and notes that by now the percentage should really be around 3,5% to have any real effect. He questions immigration policy and cites Leontieff that only a sustained break of economic growth in the North can help the South out of misery. He is a realist, in the ideological sense. Perhaps more radically realistic than other thinkers that call themselves realists. 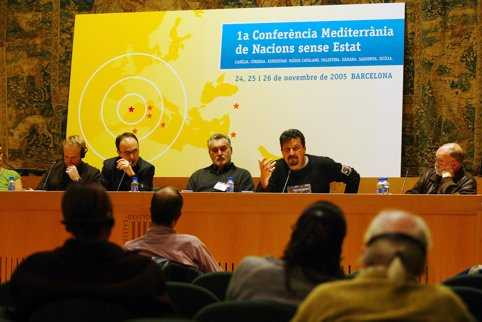 In November 2005, the First Meditterranean Conference of Nations Without State was held in Barcelona, on this photo Arcadi Oliveres to the far right.

Ideal types in order to make a point
Oliveres envisages a better world, or at least, the right direction towards it. The power of his thought is that he remains fixed towards that goal, without allowing the ideal to be watered down. When he proposes to be harsher with corporate tax evasion in Spain in order to pay the South back what the North took from it through unbalanced trade relations, he knows this will not happen today or tomorrow. Nonetheless, it does not prevent him from saying that it should if we want the entire world not to die from hunger and thirst, if we want to be the solidary “world citizens” that we call ourselves. He knows the army will not disappear anytime soon, still he feels the moral need to denounce it as a failing tool of social improvement.

All of this has with me at varied moments called up heavy protest from within: he is a dreamer, this is not real, this is a senseless comparison. Yet it is exactly the power of Oliveres’ political thought: he matches reality with his ideal types, does not avoid explaining what he thinks is just, and thus makes us ponder what is necessary to move towards improvement in this world which is far from being the best of all possible worlds. 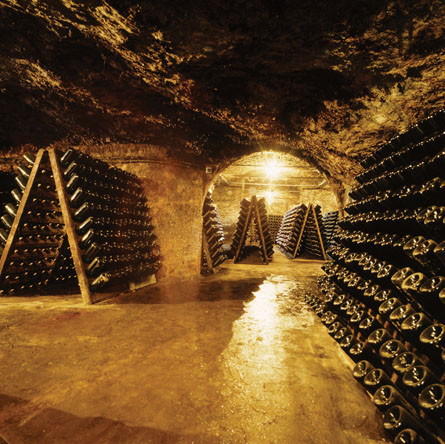 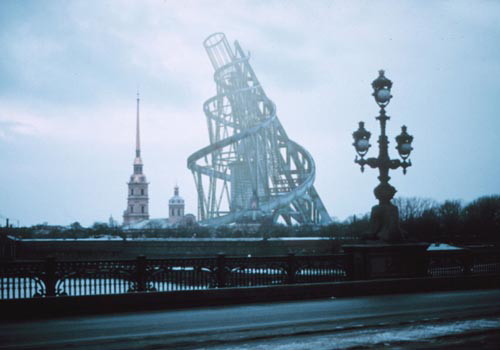 Welcome to the Great Art History Quiz, where today’s question is:

Who is the inventor of the tower depicted above? Something is not right about the image, what is it? 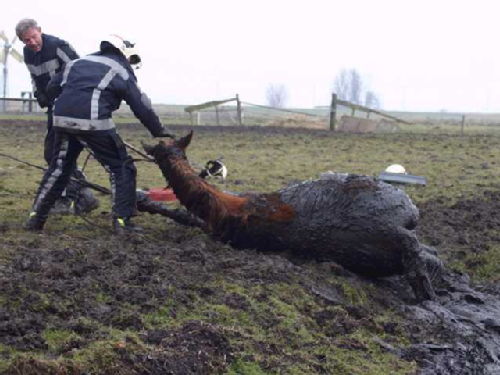 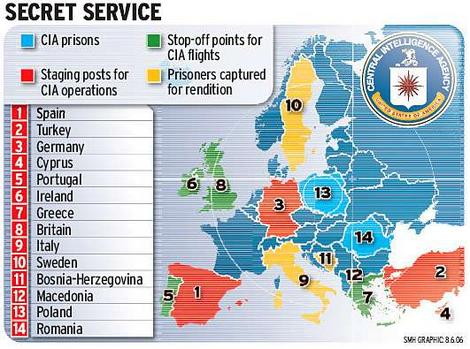 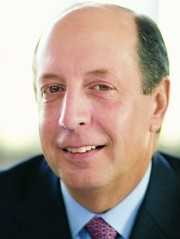