How Globalised Are You? 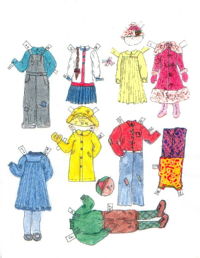 How globalised are you? Some time ago I thought of a practical indicator to check that.

I had been wanting to carry out the test before but kept on forgetting. It’s easier to check when you just got up, right before you’re getting dressed.

Here’s my score for the day:
1. longsleeve short: bought in the Netherlands, made in China.

2. t-shirt: bought in the UK, made in Mauritius.

3. trousers, bought in the UK, made in Bangladesh.

6. shoes: bought in Spain, made in Spain.

Hence a mixed picture. In my buying paterns I’m rather Anglo-Dutch today. And those branded clothes mostly come, as expected, from cheaply producing countries.

Now it’s your turn – that is, if you’re not too ashamed to talk about your underwear in public!