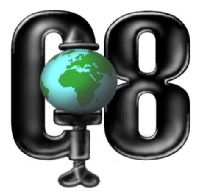 Today, the world’s great and powerful nations are meeting for the first day of a three-day conference, taking place in the German town of Heiligendamm.

They will be discussing various current world issues, such as the course to take on Iran, ethnic violence in Darfur, climate change, and debt relief. A 13m euro fence has already been put in place in order to contain the ten thousands of protesters in front of the conference’s door.

The world’s leaders would do well to listen to the criticism from the other side of the fence. Protesters are worried about the world’s future and fear inaction from their leaders. In the United States, the Bush administration is increasingly out of step with public opinion. Republicans and conservatives, too, have started to take action against global warming. Current environmental legislation passed by governor Schwarzenegger in California is first breach of republican trends in the country. Yet, Bush recently presented a weak deal for “life after Kyoto” (as far as I know, the US never even knew life during Kyoto), now aggressively resisting any concrete concessions that EU president and host country Germany advocates so fiercely. But Europe has so far been more ready to make promises than to stick to them. Many an EU country has not been able to meet the Kyoto standards as they were agreed upon, raising the question of whether the EU is really willing to practice what it preaches.

An issue that is not on the agenda and would take courage to take up, is the current impasse around Russia. Over the past year, tensions between the country and its neighbours have been rising, with some of the Baltic states currently having a frosty diplomatic relationship with their “Big Brother”. Estonia has already had its diplomats molested, those of the UK are being harassed, and EU parliamentarians are put to trial for protesting against homophobia. A big bully attitude that can only spell trouble for the future must be confronted before it becomes only harder to contain. Lately, Putin affirmed Russia’s rockets would once again be pointed towards Europe if the US goes on with placing their rockets in Poland and the Czech Republic. While this may only be rhetoric, it must be clear that Russia cannot get away with such threats. Dealing with Moscow, however, is a delicate issue, even more so because Washington’s intentions with the installation are questionable.

We are going into a difficult conference. Let’s hope the world will come out of it the better.